After checking out of the hotel, we headed back to the gallery to see if Sunday morning was a better option for looking at the Archibald Prize finalists than Friday had been.

On the walk, the last of the half-marathon runners were coming through, including one old bloke, jogging along to the encouragement of passers-by and event organisers. 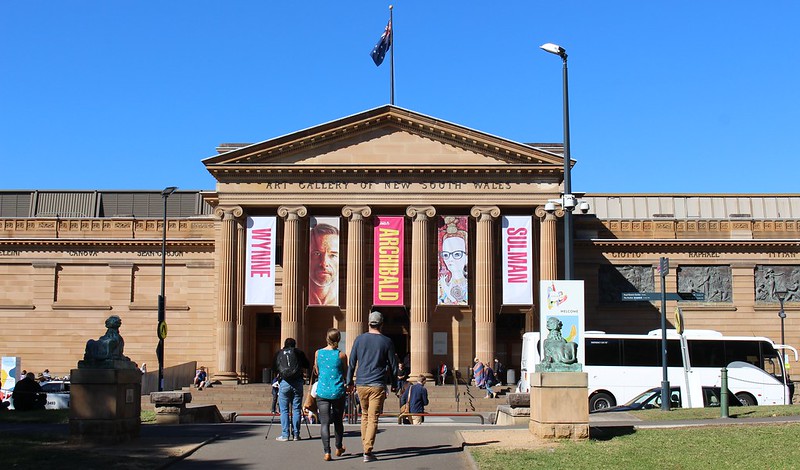 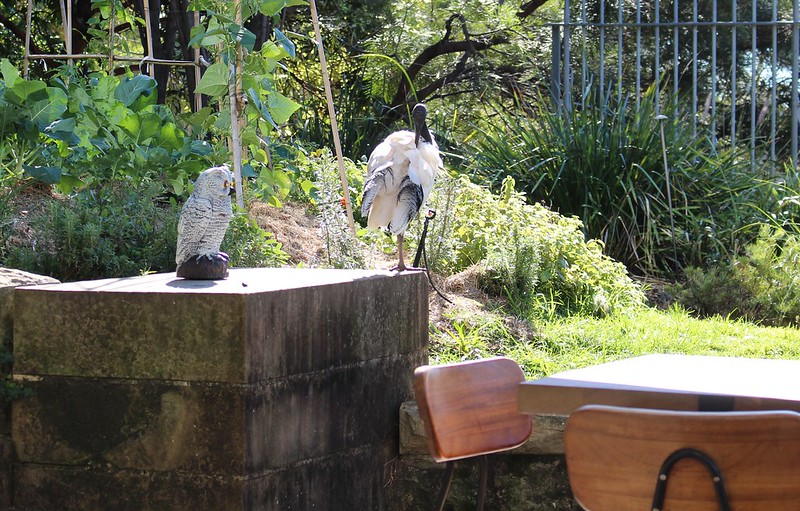 First, a bite in the gallery cafe for breakfast, while trying to keep the ibis away from our food. They didn’t seem spooked by the fake owl.

Then we looked around the exhibition. Some great works, both the Archibalds and finalists from the Wynne and Sulman prizes, also on display. 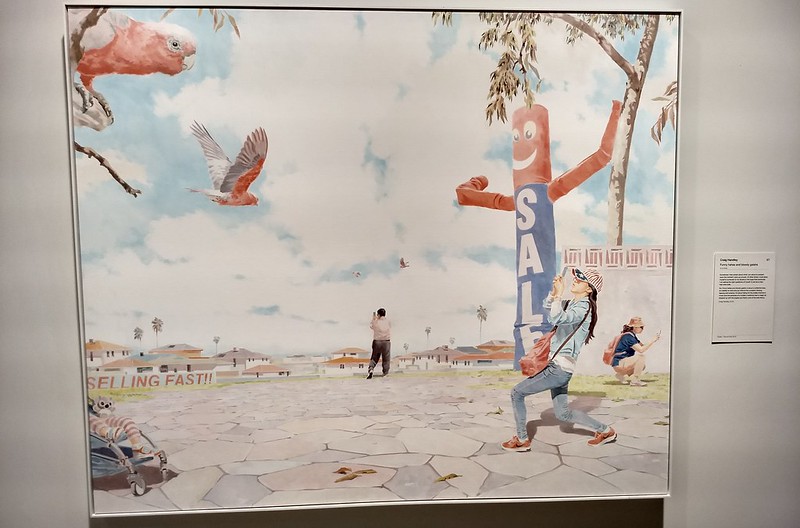 From there another walk across the park and a poke around the shops for a bit.

Back to the hotel to pick up the bags, then we headed for St James Station — drawing another bum card, as again due to works we went around the City Circle the wrong way (but hey, that Circular Quay view!!) and had to change at Central for the Airport line. 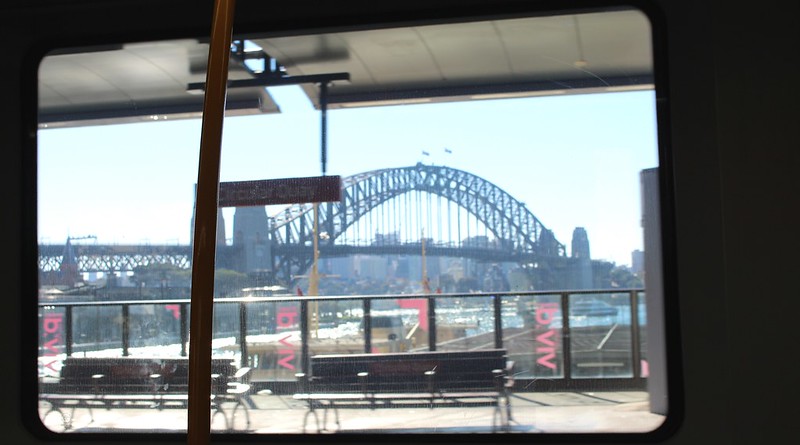 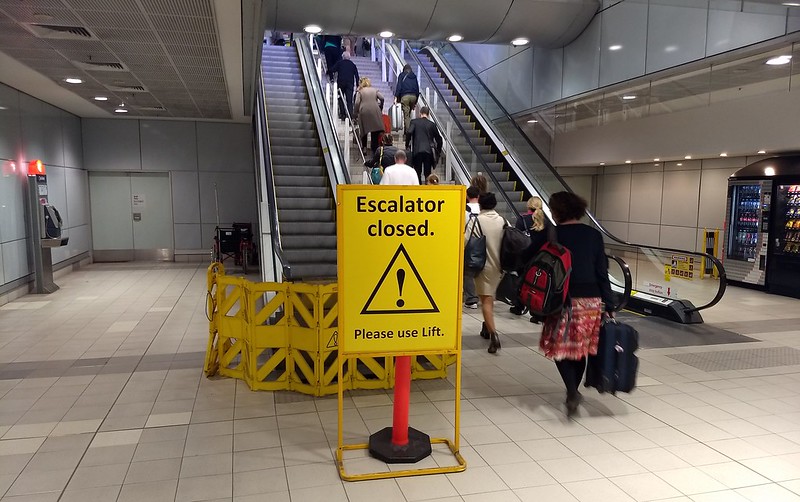 No matter, back at Sydney Airport in plenty of time, no thanks to a faulty escalator at the Domestic station.

As I mentioned, we ended up flying back Business Class on points.

The following may seem trivial to people who usually fly Business, but as someone who has only previously flown Economy, I found it an interesting contrast.

The Virgin lounge was pretty busy, and apart from the complimentary food and drink, perhaps little different to the public areas of most airports these days. WiFi and power for a laptop and somewhere to sit are pretty common.

The really luxurious place in the airport is something I’ve only heard about (and don’t expect to ever see inside): the Qantas Chairman’s Lounge.

Perhaps more advantageous than Virgin’s lounge was priority boarding, skipping the queue. Mixed feelings: guilt for jumping the queue, rock star for walking straight in, but fraud for doing it on points! 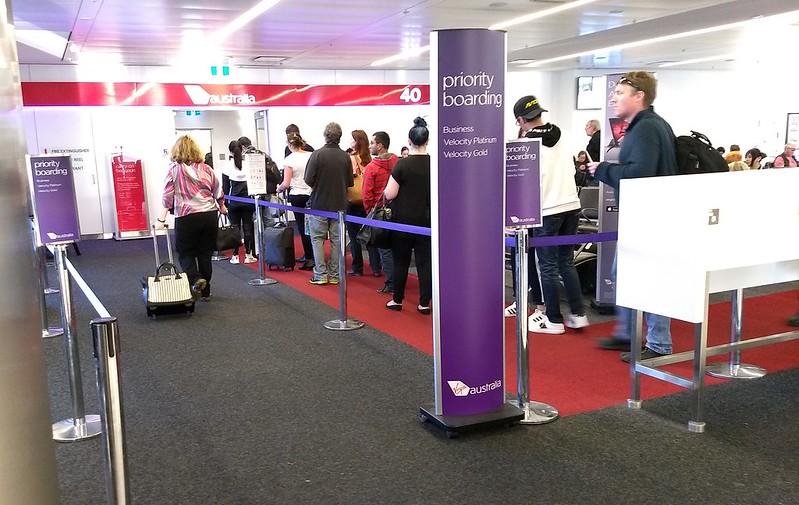 And once aboard – the seats are certainly much more spacious. And personal service – would you like a drink before we take-off, Mr Bowen?

We got a good view as we took off, but you can get that from any window seat. 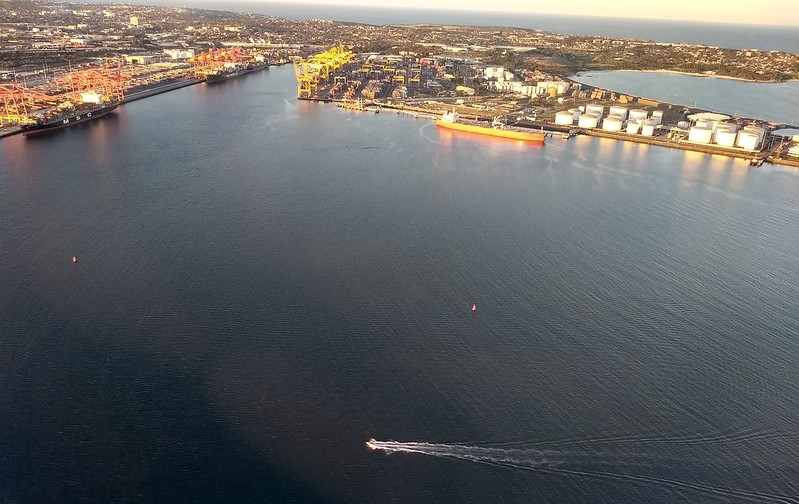 Of the eight Business Class seats in the plane, four were taken, four were empty.

Being much a bigger seat, you get more window. And at the front of the plane you get a better sense of what’s going on, as the flight crew chat among themselves, and you can see the pier closing and moving away before the plane pushes back. 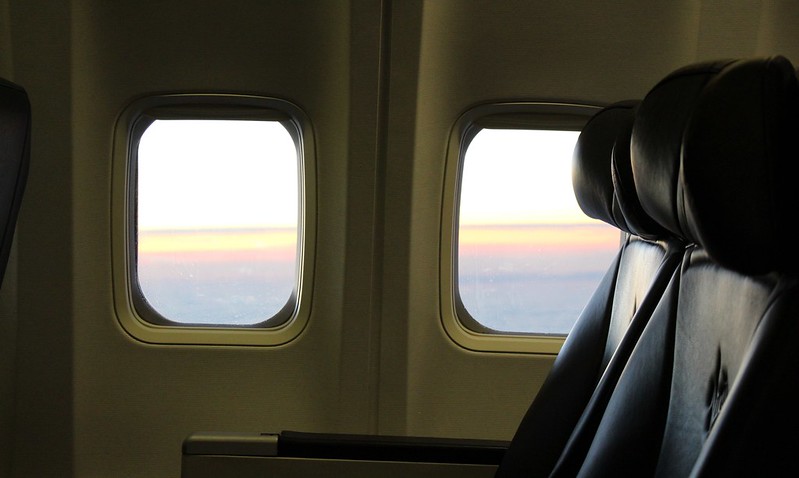 On the way up to Sydney in Economy (departing 7:30pm), we’d been given a packet containing five cracker biscuits and five slices of cheese.

Coming back in Business Class (departing 4:30pm), it was a full meal with a choice of options – I went for the Moroccan lamb jaffle. On a real plate, with real metal cutlery and a cloth napkin. 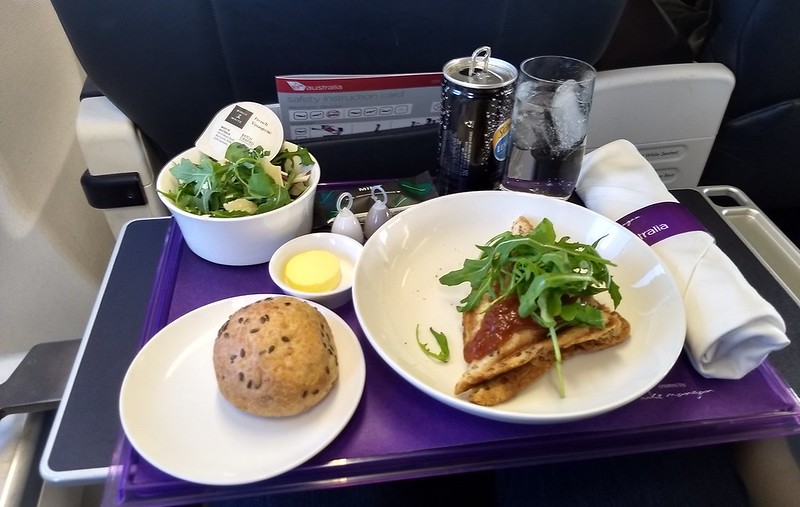 After landing, one of the hosties positioned herself in the aisle to make sure us high flyers got to leave first, without the hoi polloi from Economy getting ahead of us.

And at the baggage carousel, my bag came out super-quick thanks to the Priority tag they’d put on it. (My usual suitcase is actually small enough to take as carry-on, but I generally prefer not to schlep around the airport with it. Plus I had some liquid in it — I’d bought a bottle of hot sauce at the farmers market to take home.)

Priority luggage allowed me to leave the terminal several minutes quicker, and get on a Skybus sooner (I only just caught it), with an earlier train connection home. So it got me home more quickly. Maybe only ten minutes earlier, but it helped.

Some people yearn for the olden days of air travel. The glamour, the personal service.

This of course was a time when most people couldn’t afford to fly at all. But for those who did, there was more space and better service.

Clearly you can still have it — to an extent — if you’re willing to pay for it.

But it’s not cheap. Checking Virgin’s web site, flights to Sydney start from $125 in Economy — for Business Class you’re paying at least $499 (for a Business Saver fare).

I could get used to travelling Business, but my budget isn’t likely to allow it very often. Perhaps I’ll aim for the occasional points upgrade.

Straight onto a Skybus back to the City. Unlike the slow trip on Thursday night, this was a quick 23 minutes, at full speed along most of the freeway. It could have been a minute or two faster if there was traffic light priority when the bus left the freeway at Footscray Road.

Then straight onto a train home — noting that since the removal of seats around the doorways, there are very few spots in the Alstom Comeng trains where you can sit, and have your suitcase with you, but out of the way. 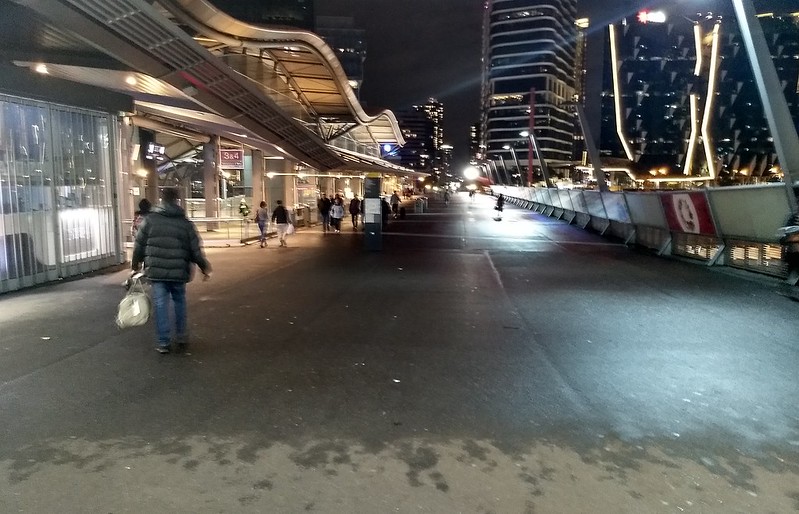 After a few days of sun in Sydney, I was back in drizzly cold Melbourne.

But with such a relaxing flight home, it didn’t matter a bit.