If you live in Melbourne, you’ve almost certainly heard of the Melbourne Metro Rail Tunnel project (MMRT for short, but to avoid confusion here, I’ll call it Metro 1).

You may or may not have also heard of the Metro 2 project. So what is it?

It used to be the second stage of Metro 1, but around 2012 that tunnel was changed to be built as one big project.

It was glimpsed in PTV’s rail plan of 2013, and at the time was seen as a tunnel from the South Morang/Mernda line, just north of Clifton Hill station, diving under Fitzroy (possibly with a station there), Parkville (with interchange to Metro 1), then Flagstaff, Southern Cross, and finally out to new development at Fishermans Bend.

The latest thinking has it extending further, under the river to Newport, to connect with the Werribee line.

This modified plan hasn’t officially been published by PTV, so here’s one I’ve cobbled together that shows it (on top of everything else in Stage 4, much of which seems to be under review): 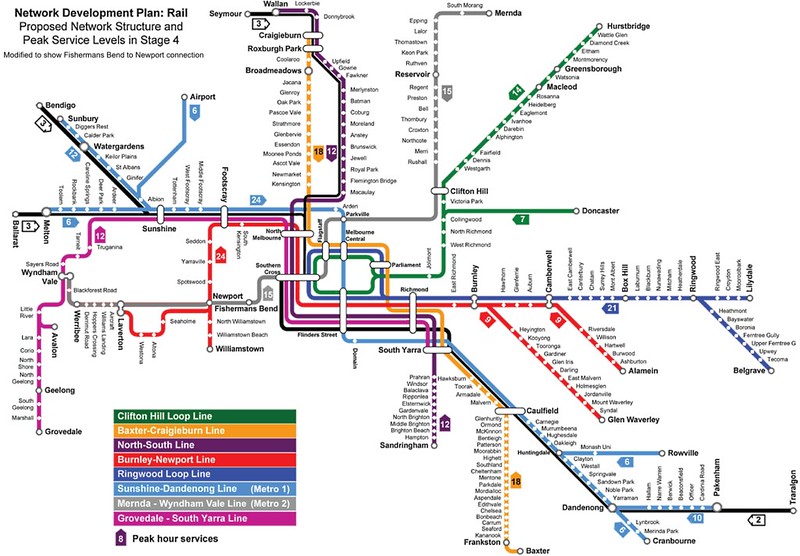 This has a lot of merit. Although the Werribee line has been freed of the contraints of the Geelong line trains thanks to the Regional Rail Link project, it serves a massive growth area to Melbourne’s south-west, and eventually the line will fill up again. South Morang/Mernda is also seeing a lot of growth, and enabling high frequencies on the line might also make possible a branch to Epping North.

Alongside other rail projects it would improve connections, allowing far more trains to run. 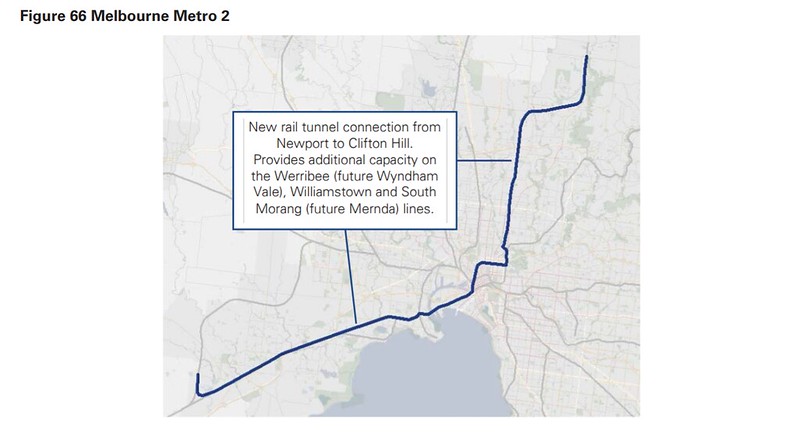 Passengers on both lines would have a faster, more direct trip into the CBD, which if accompanied by quality local feeder services (buses) and infrastructure (bus and bike lanes, and pedestrian facilities) would better compete with car travel.

From Werribee the new direct route would make the train a better match for the Westgate Freeway. And not just for western suburbs to CBD commutes; it would also cater much better for trips to the Fishermans Bend area — currently completely noncompetitive by public transport.

If the line ran 15 trains per hour (up from about 7 in the busiest hour now), that’s at least 8800 additional people, assuming 7-car HCMTs, well above what the proposed 3-lane West Gate Tunnel could handle.

But that wouldn’t be stretching the rail infrastructure. More can be squeezed out the current lines right now, and a new tunnel should be able to run at least 24 trains, but up to 30 or more using high capacity signalling, and if built for it, 10-car trains. 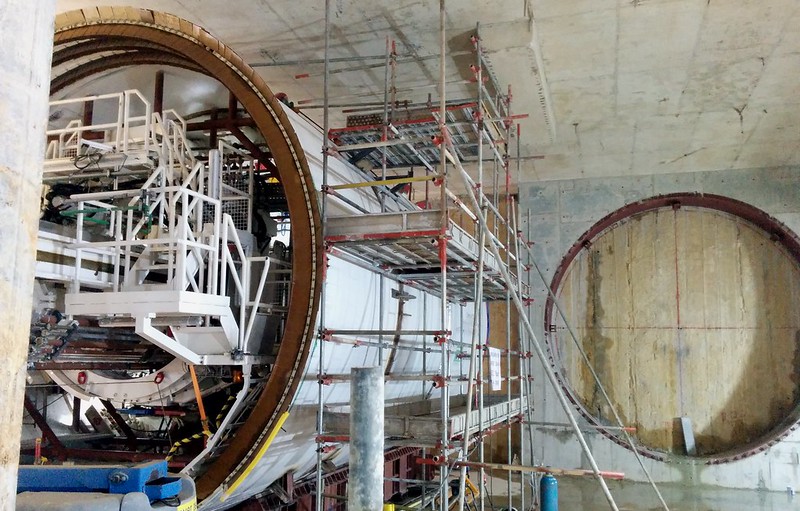 Some think the ideal time to start building such a project isn’t after the metro tunnel is finished in 2026 — rather, it’s in the next few years — starting with detailed planning, surveying, soil testing, property acquisition, all the stuff that the first metro tunnel went through ten years ago in preparation for major works.

And preferably major works (including excavation) start on Metro 2 as they finish on Metro 1 — which isn’t the end of the first project, but some time early next decade. This would allow expertise and equipment to roll off one onto the next.

There’s a cost to all this of course — well above $10 billion, according to Infrastructure Victoria.