Friday night concert! I was sold on Things Of Stone And Wood – though my compradres were really going for the support act, Club Hoy.

It might be cruel to call TOSAW a one-hit wonder, though none of their efforts charted as well as Happy Birthday Helen. But the song was on an album called “The Yearning” (1993) which I really really liked back in the day… perhaps apart from the title track, which seemed overly earnest and solemn. I liked it so much I had both the album on CD, and the EP of the single. Listening to the album today, it’s still terrific.

Friday night’s concert was a full performance of “The Yearning”, a near 25th anniversary performance. I admit, the last two concerts I’d been to were similar setups: Ocean Colour Scene’s Moseley Shoals, and Deborah Conway’s String Of Pearls.

A nostalgic Gen X-er and his money are easily parted. 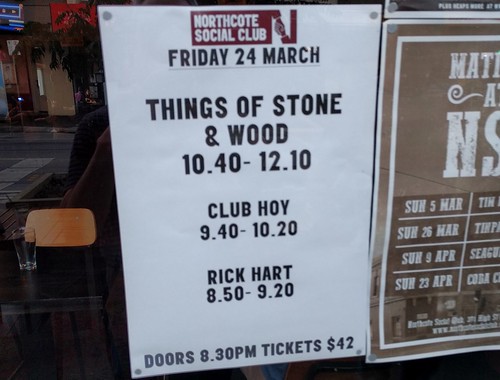 M and I made our way to Northcote and met up with Tony and Elizabeth. We found some dinner and as we chatted over some food, which gave Elizabeth and I a chance to hear Tony and M’s tale of being shushed for talking at a concert many moons ago by a fan of the support act. Don’t talk over Dave Graney!

A notice in the window of the Northcote Social Club gave us the running times of each act (and a song lyric on the sign above), and we opted for dessert over Rick Hart (sorry Rick).

We headed into the club at about 9:30 and found a spot close to the stage. 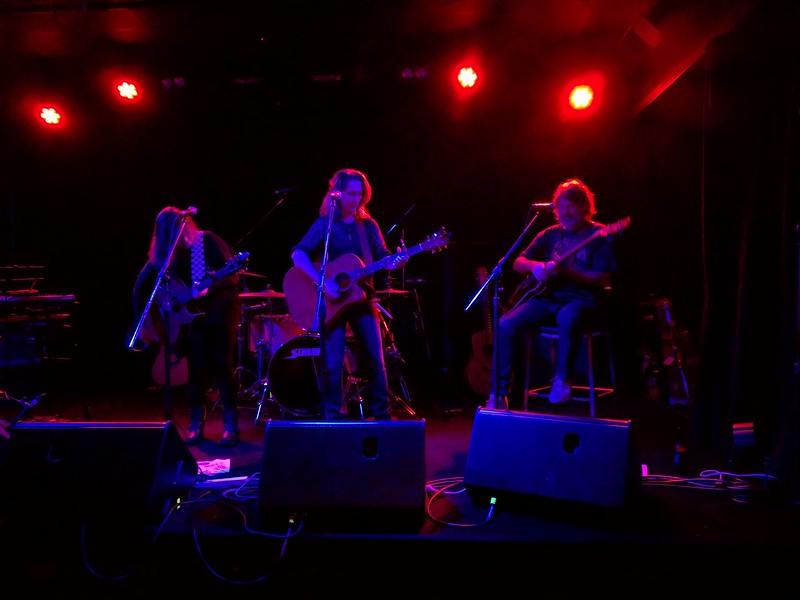 Club Hoy came on, and were really good, despite two blokes behind us talking incessantly about the other concerts they’d been to (and presumably talked through).

After a few songs, another bloke trying intently to listen to the band turned around. “Shhhh!”

“Sorry mate”. They disappeared. I laughed and laughed (quietly). Thank you, defenders of support acts everywhere.

They finished up, and suddenly from nowhere, TOSAW fans filled the room, with the two biggest blokes in the place crowding out some of our view. Alas, Tony and Elizabeth bailed at this point to return home to their respective families before it got too late (it was about 10:30pm), which was a great pity because I think they missed a great show. (But I would say that; I accept I’m a Club Hoy newbie and a TOSAW fan.) 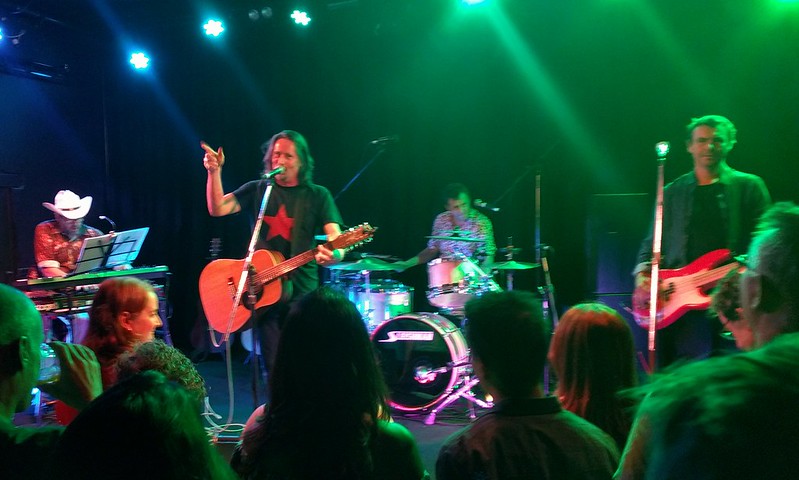 Lead singer Greg Arnold doesn’t look a day older – his long hair, beard and moustache probably help, and I was left wondering if he’s had them since 1993 or if he just grew everything out for the anniversary tour.

No matter. They rocked. It was a great show, with TOSAW tragics singing every word, but everyone present in the sold-out club seemed to enjoy it. And let’s face it, a good deal of what makes a great show is whether the crowd gets into it.

There was some nice band repartee as well. They seemed genuinely delighted to be there in front of such an appreciative crowd, and don’t seem to mind being known popularly just for Happy Birthday Helen (“it took us around the world”).

They answered something I’d long wondered: was The Yearning (track 7) meant to lead straight into Single Perfect Raindrop (track 8)? Why yes! But due to a miscalculation of sorts, on the cassette the effect was ruined, because you had to turn the tape over. No such problem on the CD.

After the 14 tracks of the album, they went on to play a few later songs, including one that sounded very familiar when I heard it: Wildflowers — which they remarked is unfortunately relevant again.

…as well as the B-side “She Will Survive”, with its very memorable lyrics about Jane Austen.

And then it was over. What a great show, and a great night out for $40.

If you remember them from back in the day, and have a chance to catch them (that show was sold out, but they’re on in Geelong this weekend), I can thoroughly recommend TOSAW.

5 replies on “So darling share this wine with me, we’ll be together on the eve of World War 3”

Northcote Social Club!!! Serious cred by going there, I am led to believe. I have never been.

I think I was at the shushing concert thusly referenced! Was that the one a whole bunch of us went to, Miss M?

Yes, Kathy. I have a clear memory that it was at the Melbourne Town Hall and a vague memory that the main act was Billy Bragg. I also remember Daniel W being there.

[…] the Things Of Stone And Wood concert a few weeks ago, it was of great comfort to know that there was no rush for the last train — no last […]

[…] The last time I went to an inner-north pub gig, we took public transport. This time we drove. […]