Ocean Colour Scene played last night at Max Watt’s (formerly known as the HiFi bar — I assume the current name is a pun about loud music, rather than being named after a person).

As I mentioned a few weeks ago, I’ve wanted to see them play live for decades, but this is their first tour of Australia. 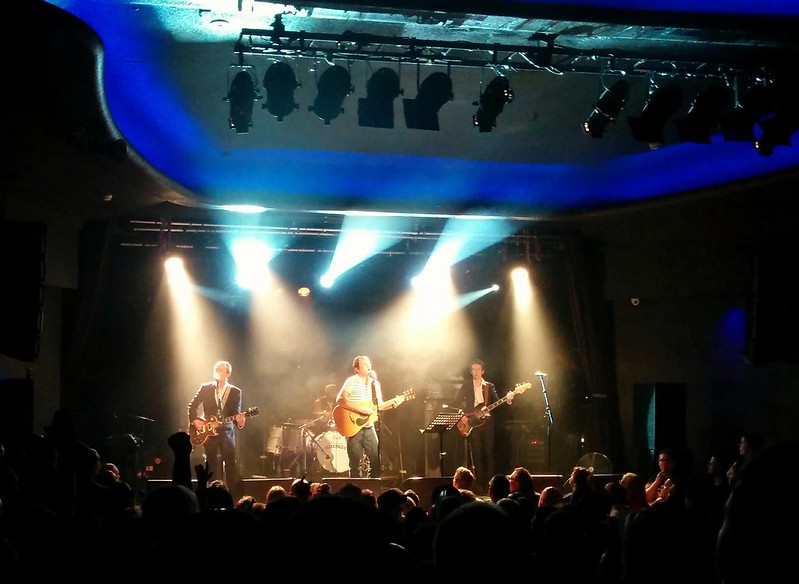 The tickets were a Christmas present from Marita. We got there about 8:15… there was no sign of the support act “El Mariachi” — perhaps they’d been and gone. OCS was expected at 9:15. I bought myself a t-shirt and a drink and we found a good spot to stand.

I’d been warned it was a hot stuffy venue, which might not be pleasant after a hot day in Melbourne, but lining the walls were numerous air conditioners, and despite it being a sold-out gig, the heat wasn’t oppressive… at least for the audience.

They were clearly feeling it on stage though. Frontman Simon Fowler seemed to be suffering more than most, but didn’t seem to let it affect his performance. His voice doesn’t seem to have lost any of its power in 20 years.

In fact the whole band performed really well. Holy crap that Steve Cradock can play a guitar (he also plays in Paul Weller’s band). Drummer Oscar Harrison let loose with a short drum solo — I think it was on the end of You’ve Got It Bad. Bass player Raymond Meade, who joined the band last year, was more low-key (as bass players often are), but was great too. 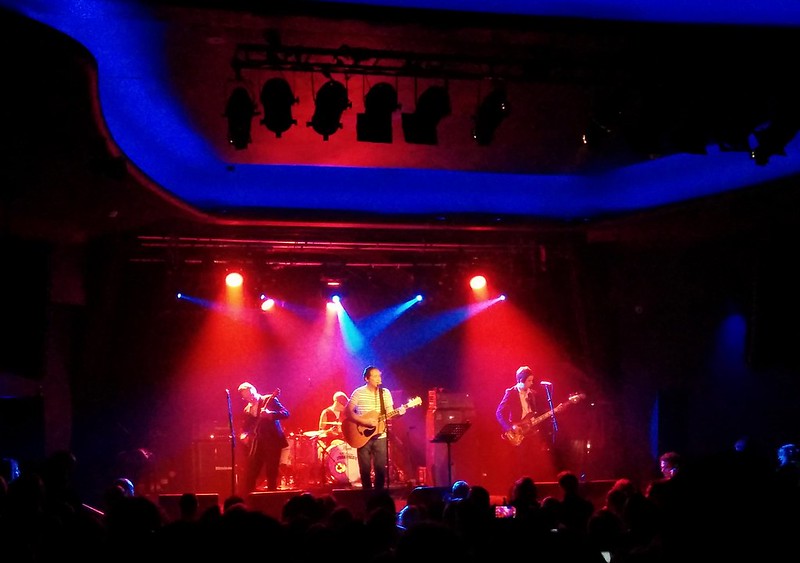 While the band was terrific, the sound quality, I thought, wasn’t great. Maybe it was where we were standing, and/or my ears can’t handle the noise these days, but it seemed just a little too loud and distorted. Not that it stopped me enjoying it thoroughly, and singing my lungs out.

They started with their 1996 album Moseley Shoals in full. It was their second album, and their most successful — about half of the tracks ended up being included on their 2001 “best of” compilation, but even those that missed out are great — of those, I particularly like The Downstream, but I love some of the more well-known tracks such as The Circle, The Day We Caught The Train, and one I think is a masterpiece: One For The Road.

At the bar I’d overheard some English accents — it seemed a number of expats were in the audience, and whether they were Brits or locals, many people seemed to be singing along. Most of the songs are very singalongable. 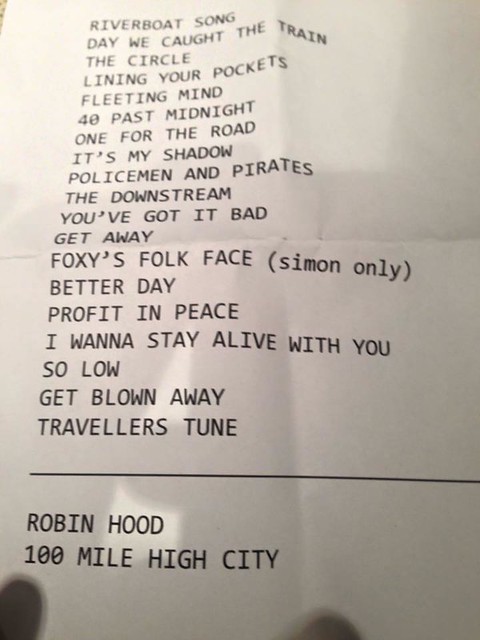 After Moseley, they went on to some of their other songs, finishing up with Hundred Mile High City, with its killer riffs, which incredibly they seemed to play note-for-note, but faster than the original studio version.

Our first night in Australia on stage at Max Watts Melbourne pic.twitter.com/ygazLPBXEL

It’s good when someone buys you a present when it’s something a little self-indulgent. Glad you had a great time.
Can you tell me what the age/gender demographic was? Do you think most people there had followed the band for the past 20 years or were many much younger than that?