Black Saturday, 7th February 2009. There were dire warnings earlier in the week about the fire risk, though I’m not sure everyone believed them.

It was a stinking hot day. The car thermometer at one stage measured 47.5 degrees – here it is showing 47.

That night we had dinner with friends at their house in Chirnside Park. This photo is timestamped 6:56pm: We could see smoke rising in the distance – but at the time, had little idea of what was happening. (My blog post at the time noted some truly remarkable and horrific photos on the Boston Globe’s web site.)

On 3rd February 2009 I spoke to a rally outside state Parliament House – I seem to recall it was mostly about water issues, but managed to tie in transport – train operator Connex’s parent company Veolia, which was involved in one of the short-listed consortia bidding to build and run the desalination plant. (They didn’t win it.)

This photo shows a morning of severe train delays. As the signs show, the train was an hour late reaching South Yarra. 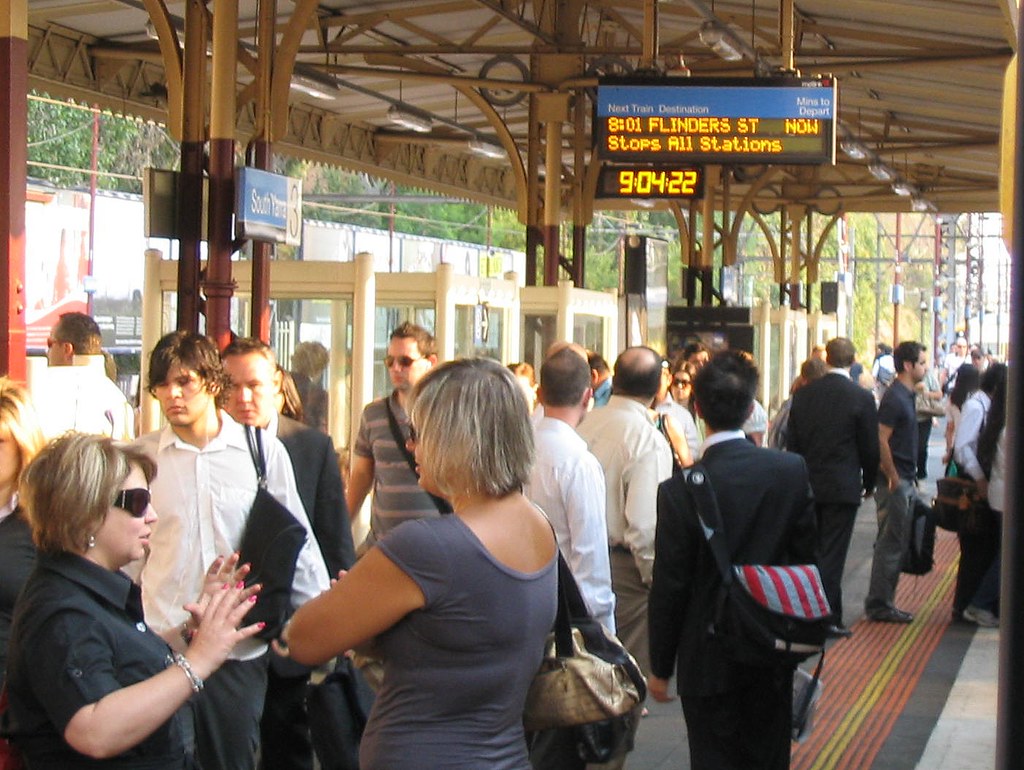 The view on Centre Road at Bentleigh – with the level crossing.

Speaking to channel 7 on platform 3 at the old Bentleigh station.

Flinders Street Station with its then mustardy paint job.

Getting some work done while waiting for the train. Super grainy photo from phone camera.

Amazing amounts of litter on the tracks at Glenhuntly. I’m sure it’s not normally this messy nowadays.

Ad for the American version of Life On Mars at Richmond station. (I loved the UK version, can’t say I’ve watched this one.)

I took this photo because the “Mind the gap” signage was new. This was at Footscray. 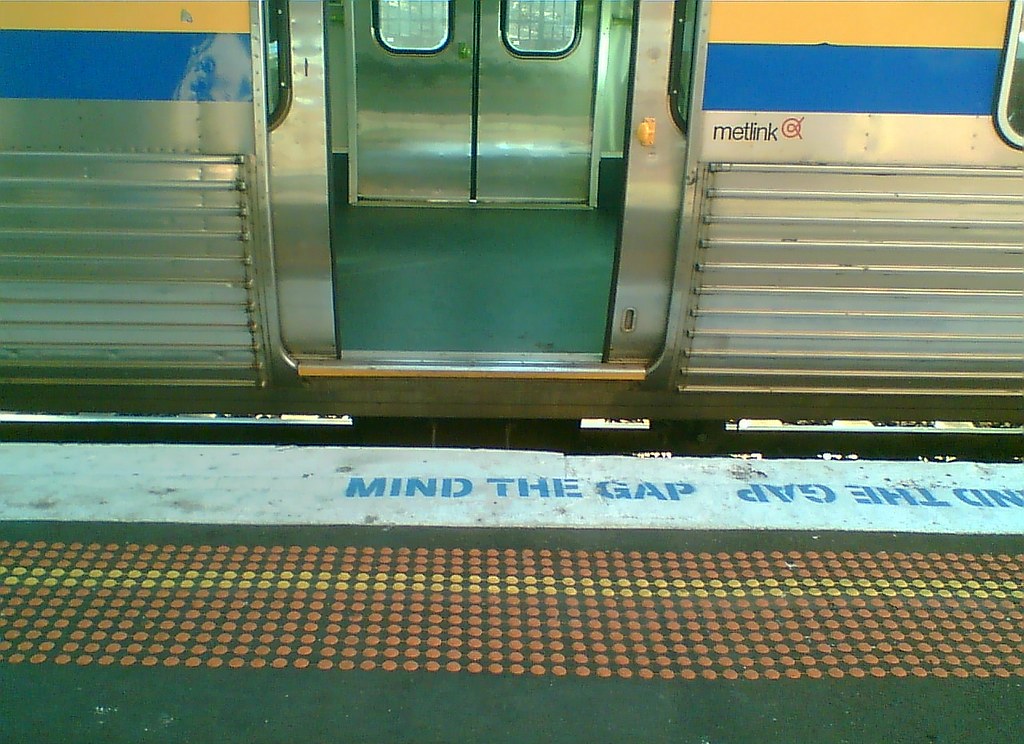 Every February there’s a big publicity campaign for the Grand Prix in March. In 2009, the after-race concert included The Who – which I ended up attending. Also note the Punt Road traffic in the background, with two nortbound 246 buses in a row.

February 2009 was also the month I got this new USB drive.

By the way, load shedding was in the news the other week. I see from my old blog posts that it happened back in February 2009 as well. So anybody who claims it didn’t used to happen back when there was little green energy is completely wrong.

Does the new Bentleigh Station have a local area map (to replace the Civic Guide in the photo)?

@Peter, if there is one, it’s well hidden! There also used to be a map outside the station, next to the level crossing. I don’t think that’s been replaced either.

Not related to this article, but have you turned off RSS? If so, won’t that mean fewer people visit?

@Moonfriend, I haven’t turned off RSS, but a couple of people have reported problems with it. I’m not sure what’s causing it.

The RSS URL https://www.danielbowen.com/feed/ still returns XML, but RSS feed validators seem to have having trouble reading it. I have no idea why (and haven’t had time to thoroughly investigate).