It’s the last day of April, so here’s my monthly post of photos from ten years ago.

Early April 2008 seems to have been busy. I had this opinion piece published on the ABC web site, in relation to the then-just published Eddington “East West Link Needs Assessment“:

An unhealthy dose of bitumen for Melbourne

(I’ll fess up: some of the writing style doesn’t look like mine, so I’m betting my PTUA colleagues contributed)

Anyway, the photos. Oh… this isn’t good. On 3rd of April, a tram shunting in Collins Street decided to go both ways at once. (I blogged about it at the time, and there are some better quality photos of it on Vicsig.) 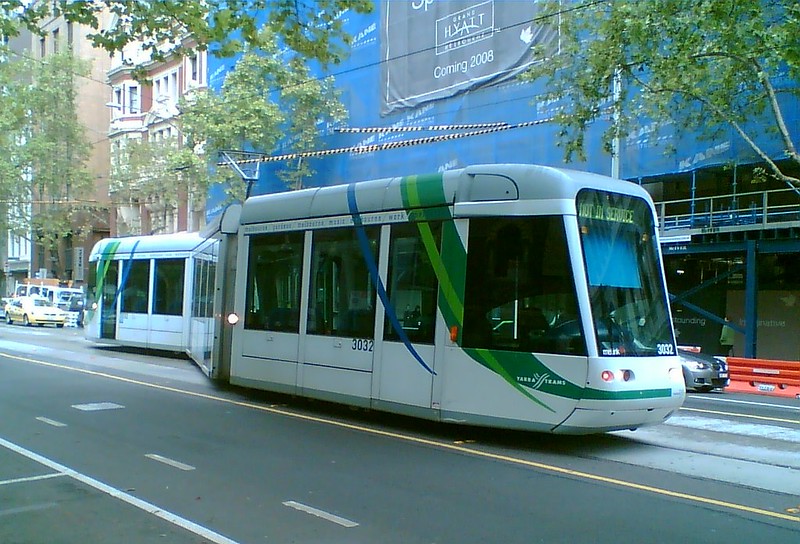 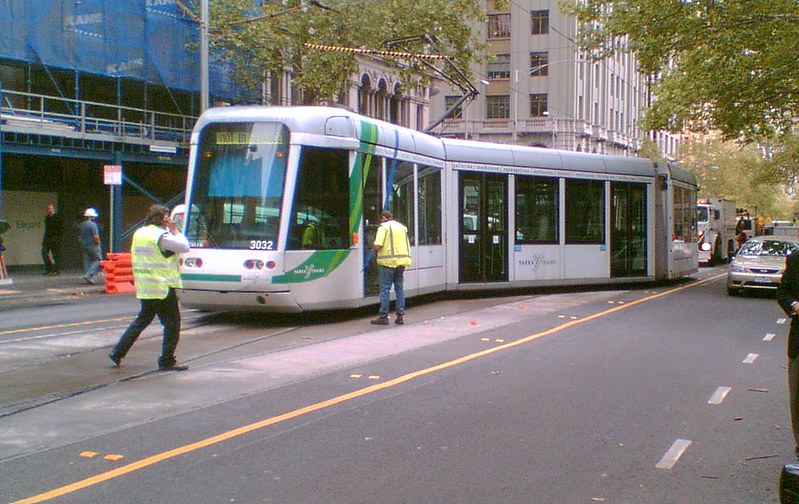 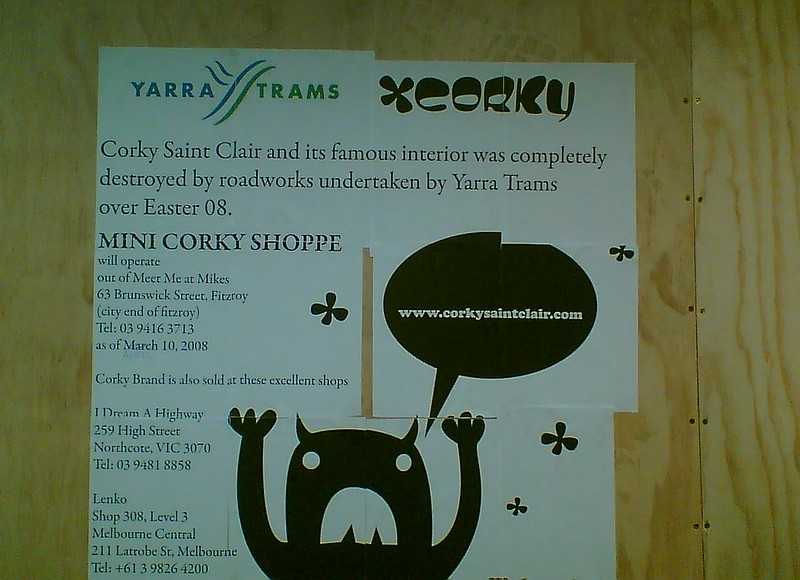 Melbourne Museum put out a multiple choice quiz… in which all the options were wrong. 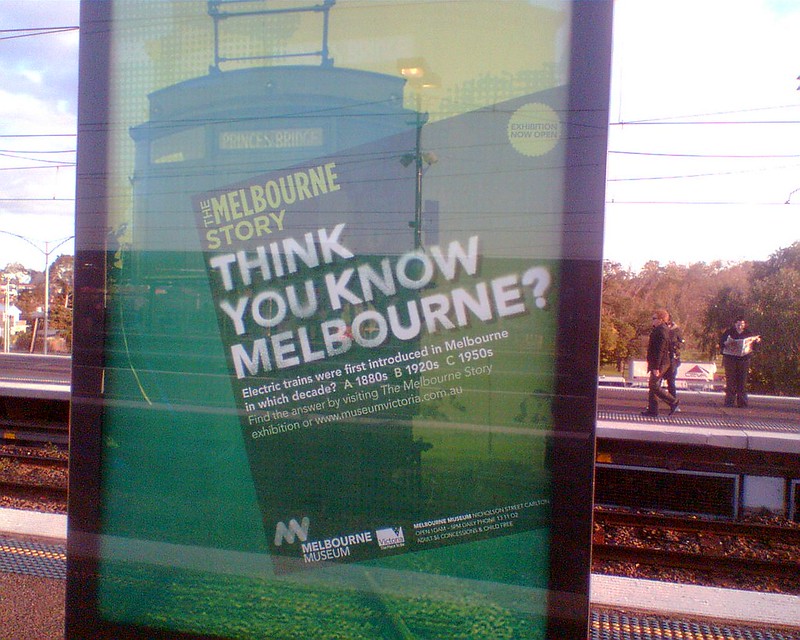 Which decade did electric trains *actually* start in Melbourne? 🚆🚋⚡🔌

Fancy some trendy cuisine? This is North Richmond, and I associate this photo with getting a lift in a friend’s car, with ABC Radio National playing, and hearing for the first time the excellent song “Grey in LA” by Loudon Wainwright III. 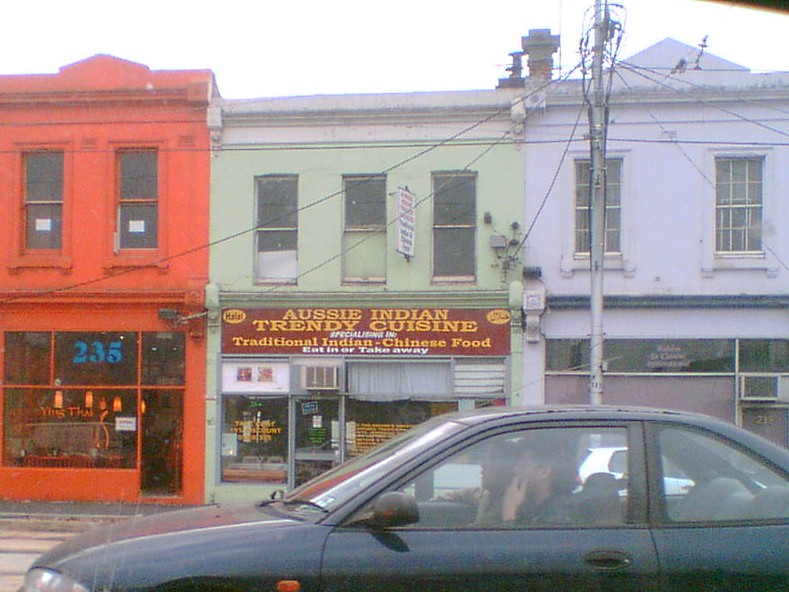 Taxi drivers protesting at Flinders and Swanston Streets — back when they were (rightly) concerned about personal safety, rather than Uber. 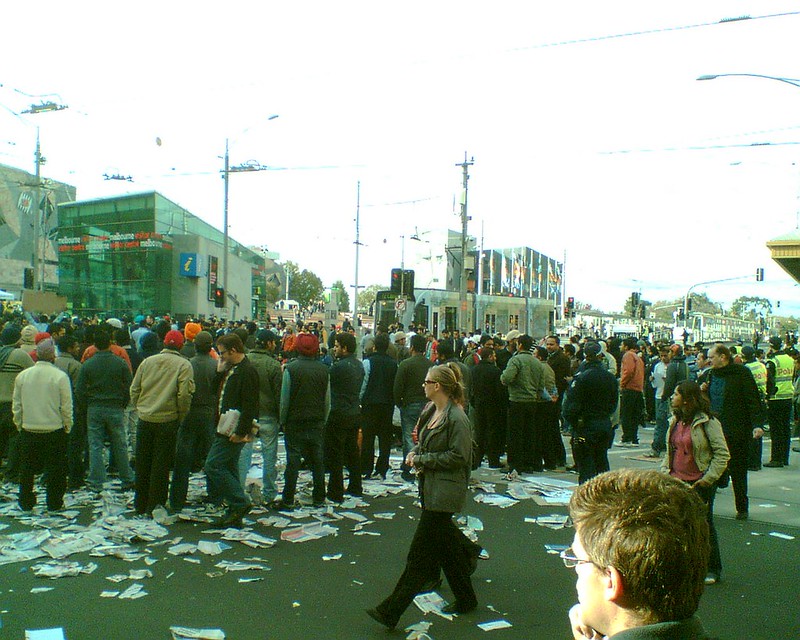 It is pathetic that there is still not a barrier between the taxi driver and the potentially drugged up passenger.

Heck, a lot of people are in a taxi because they are too drunk to drive!

Check out the London ones:

“The clear plastic screens are attack-resistant, but not bullet-resistant as in the US. Originally a passenger privacy feature, the partitions provide a significant level of security for drivers”

I doubt Aussies behave in taxis any better than Britons do. Are taxis not a form of public transport? Imagine if passengers could access the driver compartments of trains!