In late-2007/early-2008 there was a stoush around the banning of bicycles in zone 1 during peak hours. In February 2008 the ban was reversed. Notice that this sign is ambiguous: are the bikes banned on any train that serves zone 1 during peak, or just banned on the part of the trip within zone 1? (It was the latter.) 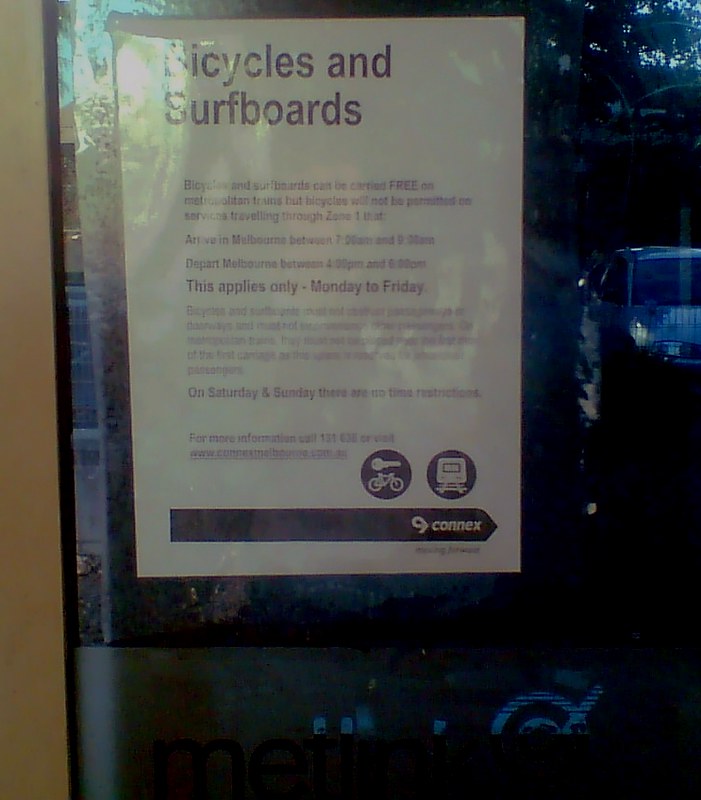 Banksy had visited Melbourne in 2003 and drawn “Little Diver”. Later in 2008 it was destroyed. 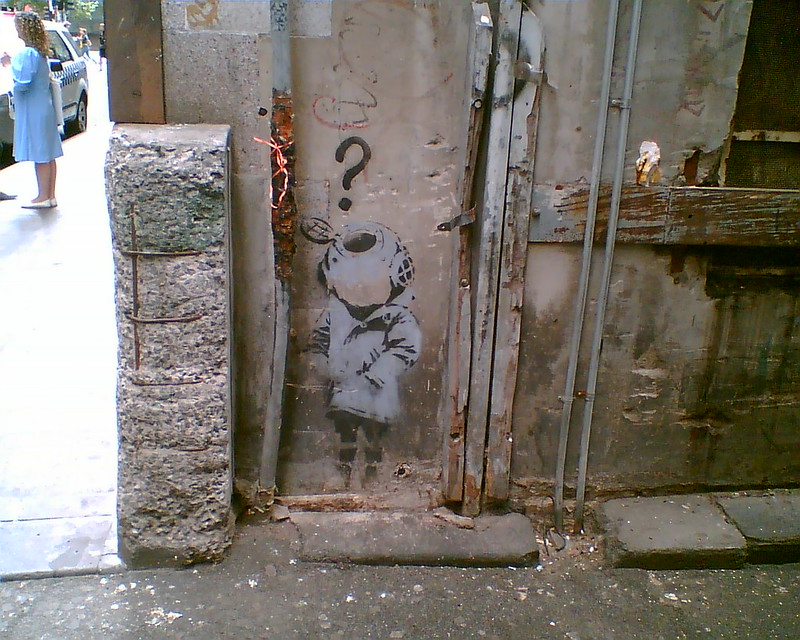 The Elizabeth Street tram terminus nearby, still with “The Met” markings, some 8 years after privatisation. The Metcard warning about coins only was introduced after a court case where a passenger claimed it wasn’t common knowledge that you couldn’t pay with notes. Of course nowadays you can’t board (outside the Free Tram Zone) without a pre-loaded Myki card. 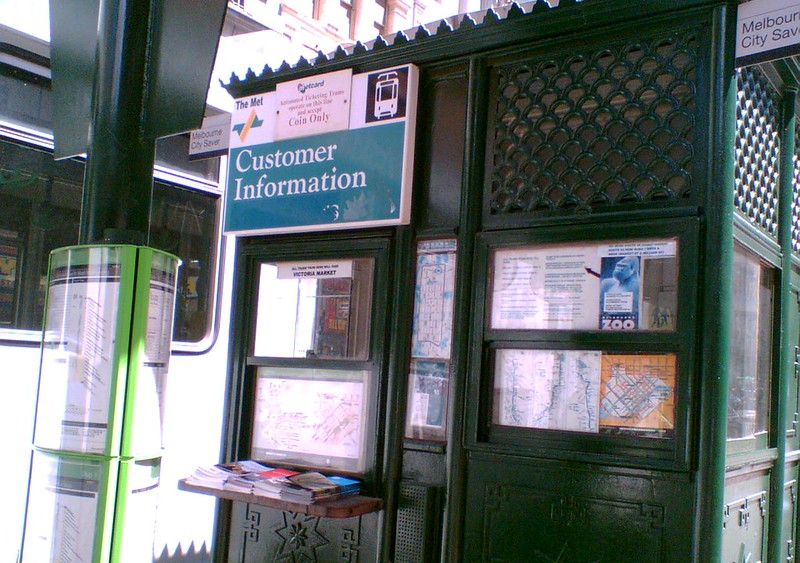 We had a ride on Puffing Billy — come to think of it, this was the last time I went on it. Maybe time for a return visit? 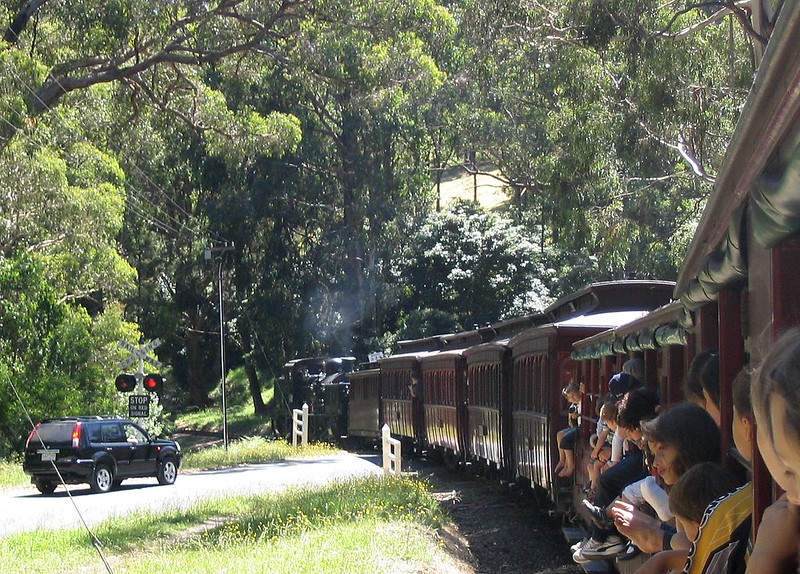 Crowded at Belgrave when the train got back 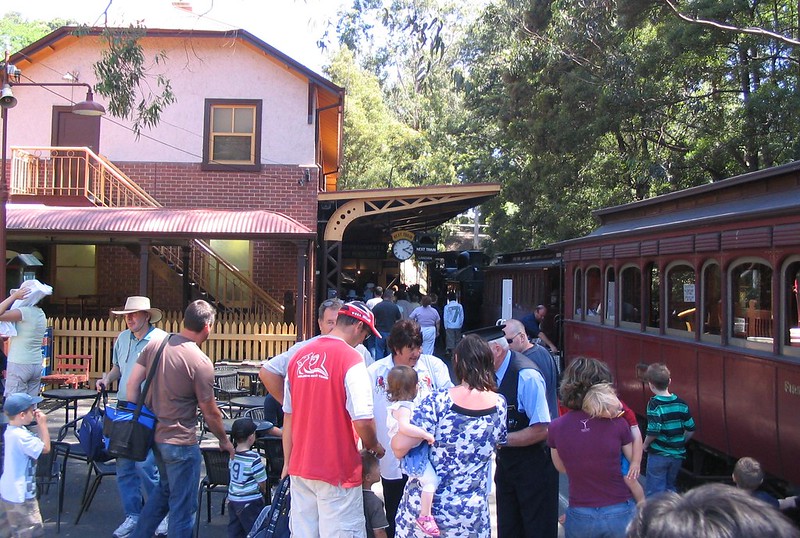 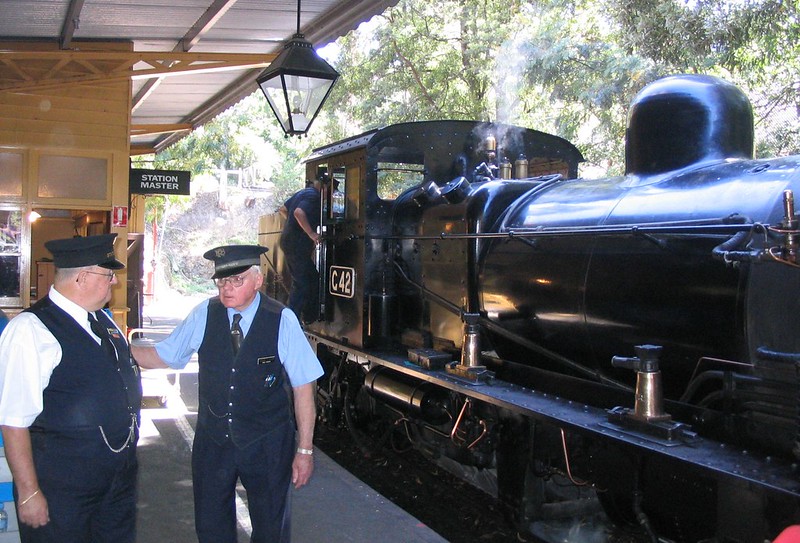 More proof (if it’s still needed) that actually it’s possible to carry a fair amount of stuff on public transport if you put your mind to it. 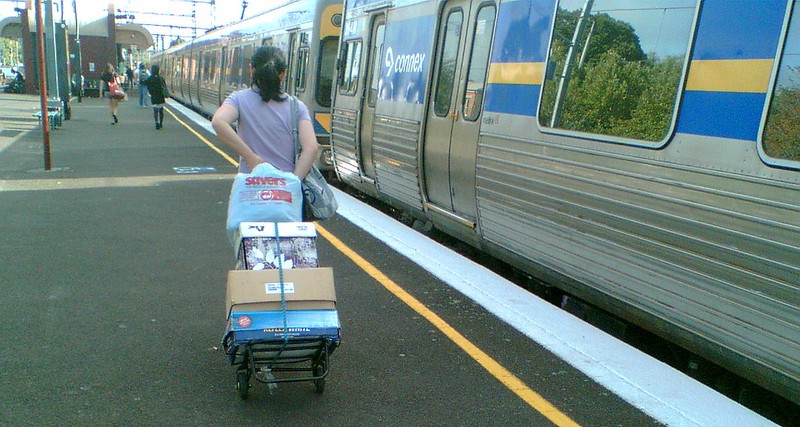 The beginning of the end for Dick Smith Electronics? Their Carnegie “Powerhouse” decided to stop selling electronics — at least, electronic components. This trend continued — by 2016 they’d closed their retail stores and the brand name was sold to online retailer Kogan. Jaycar moved into the space, taking over some old Dick Smith stores. 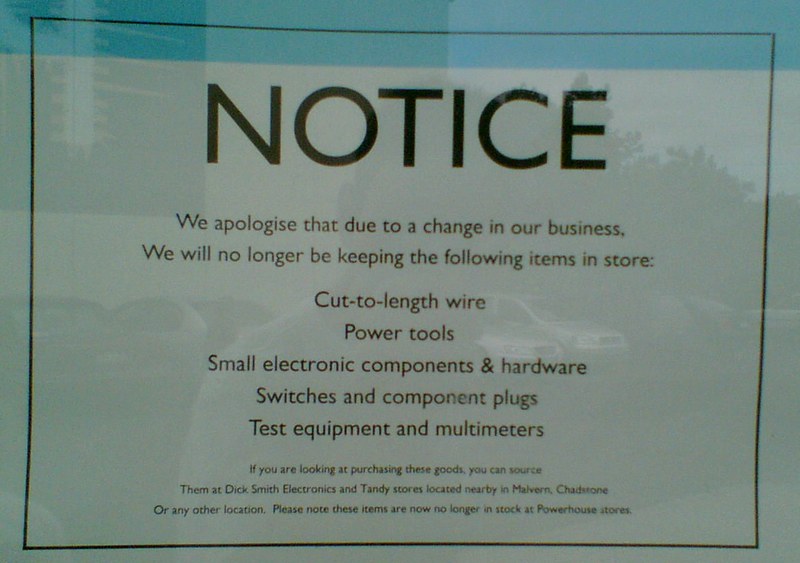 Most people only go on Puffing Billy with young children or showing overseas visitors something unique and close to Melbourne.
Perhaps go on a special “steam luncheon” trip – good excuse to ride the great train again.

There’s not much old ‘signage’ left, although the glass partitions at Camberwell still retain ‘The Met’ logos and there’s a map at Flinders St. Station still at the ticket counter.

I think South Kensington station still has some inside the old office too.