Last day of August, so here is the latest in my series of posts of ten year old photos.

(If you only want to see Transport-related posts, you can use this link, and/or subscribe to get them via email.)

I think this might have been my first sighting of one of these plastic things on trams, a fitting for a Myki reader. 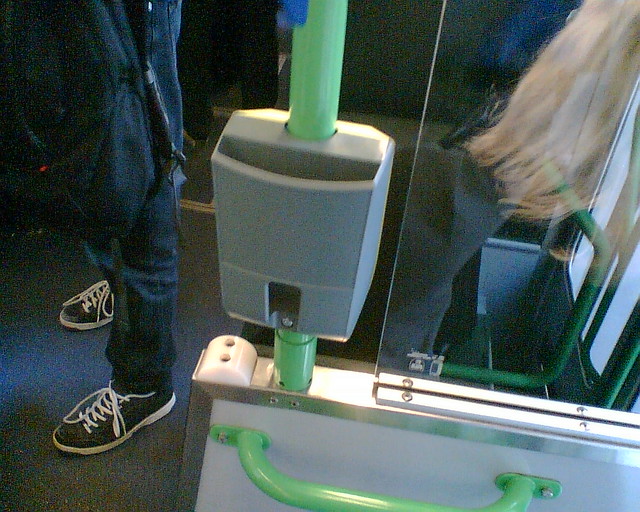 We visited the Moorabbin Steam Locomotive Society with the kids. I don’t think the track layout has really changed since I was a kid. The miniature steam engines are really quite amazing. 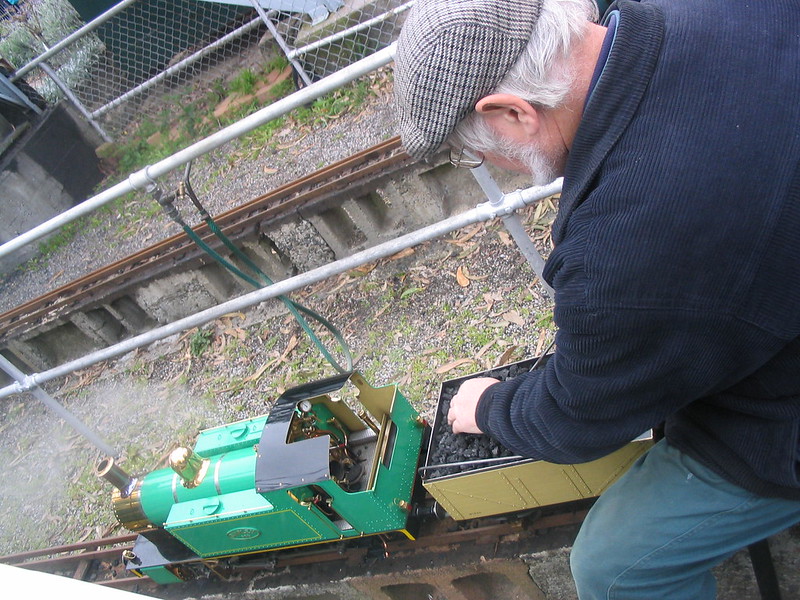 ACMI had a Pixar exhibition going, with this giant Luxo Junior outside the entrance on Flinders Street (which is no longer used). 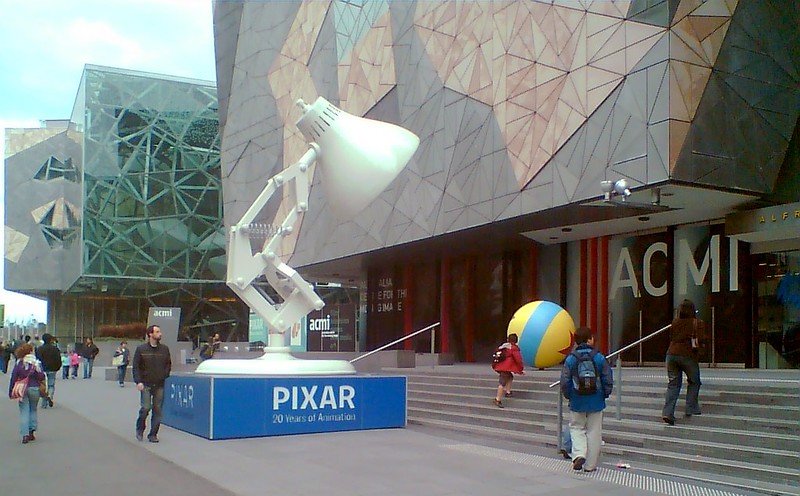 16th August: “RUSH HOUR PAIN”! screams the headline. It was an article about train crowding: A passenger boom has seen the overall number of trips spiral from 124
million in 1999 to 182 million this year – but this has not been matched by more services. 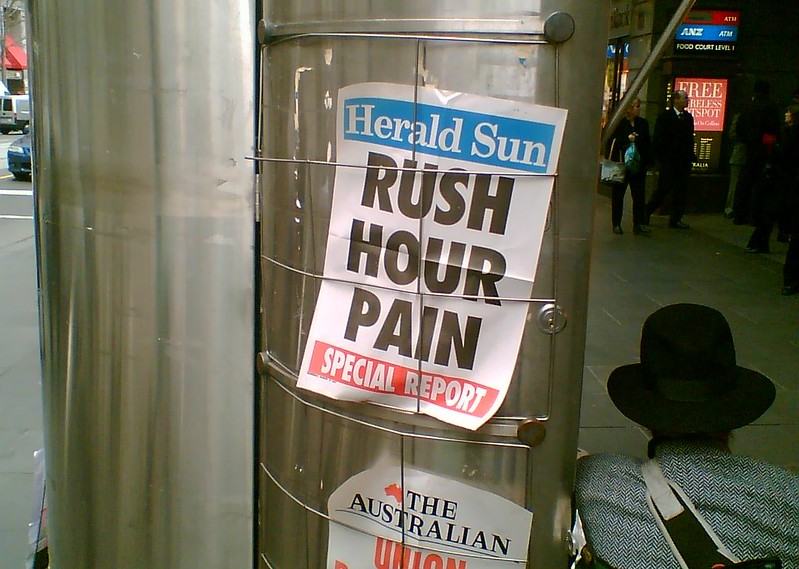 I don’t know if mobile billboards have increased or decreased in usage. It seems like a waste of fuel and road capacity to me, but doubly so when the product being advertised is four wheel drives. 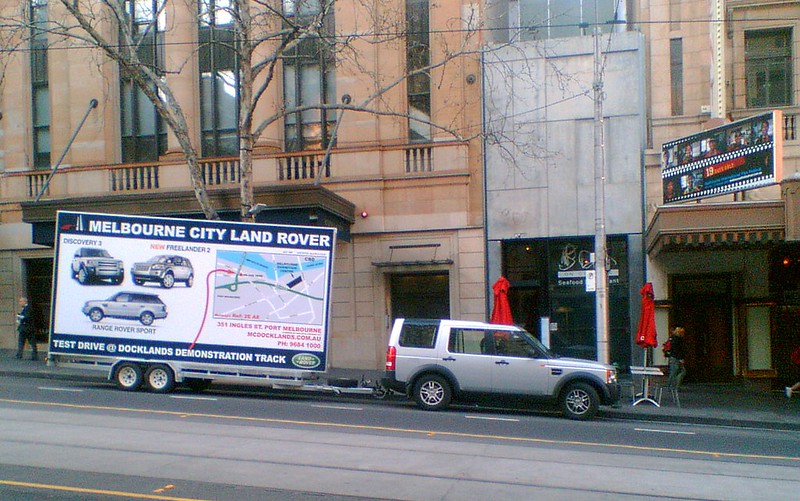 Someone had clearly got tired of the crowding on the trams. 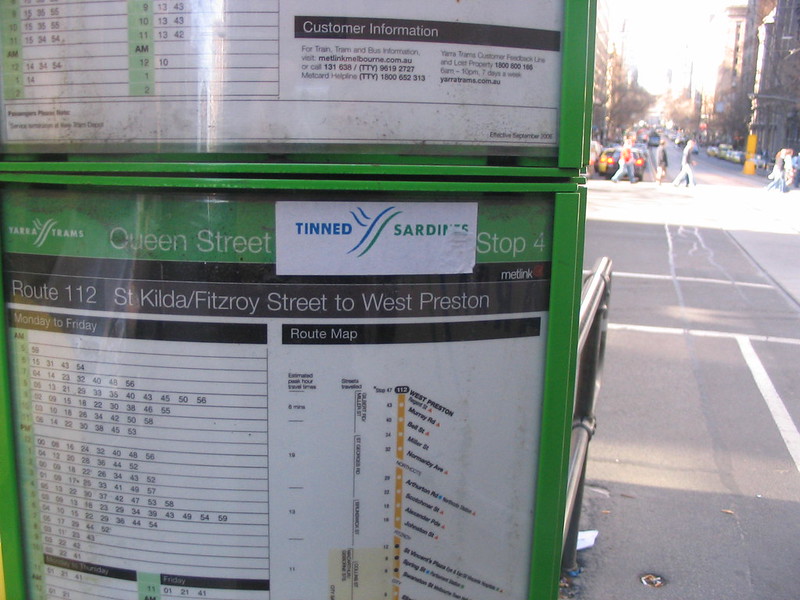 At Flagstaff Station, this old Met-era map (with black tape covering up the Port Melbourne and St Kilda lines) was still on display. A number of network extensions are missing, such as Watergardens and Sunbury, as well as the Cranbourne Line. Also missing is Westona (opened 1985), but Werribee (electrified 1983) is included. The separated lines around the City Loop is actually similar to the current maps. 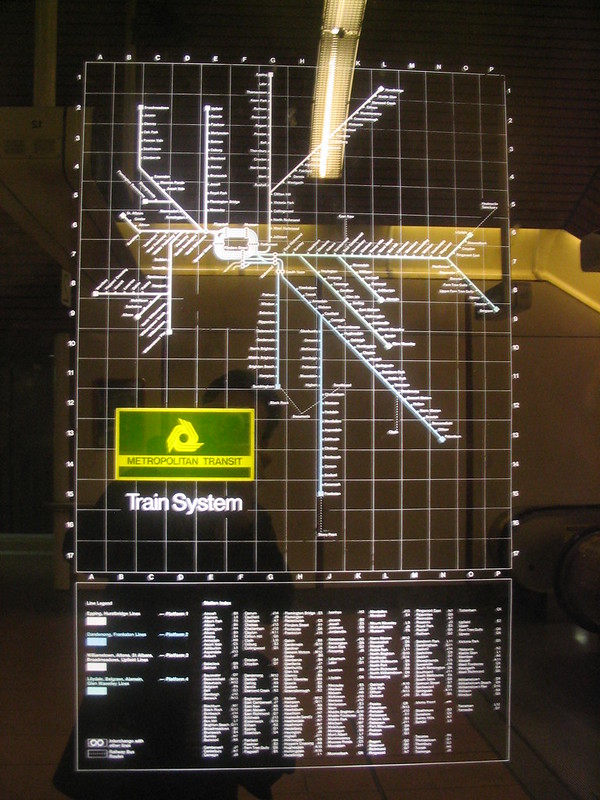 ACMI’s Flinders St entrance is back in use now, with a new revolving door apparently. Made extensive use of it getting to films at MIFF this year.

The Flinders Street entrance to ACMI has been back for a couple of years. I had to double check in street view, where I found they had flipped the chevrons around once the door came back.

Interesting that the map shows the railway bus routes.

Speaking of that ACMI door and MIFF, I just love how there’s not a pedestrian crossing across Flinders St at Russell St on the western side. Going between ACMI and The Forum was good fun…

At the time, those plastic myki fitting things were sometimes seen in use as leaflet holders. The opening you can see on the top of the fitting in that photo went all the way to the bottom, allowing the fittings to be stocked with myki information brochures.

Interesting that both Mobiltown Station and Paisley Station are listed on Werribee/Altona Line despite both being closed since 1985. To this day I can’t find any photos of Mobiltown.

@Cem, as implied in the post text, the map was on display in 2007, but evidently originated from about 1984.