Yes, fares are jumping by about 4% in January.

This is a CPI plus 2.5% (eg 3.9%) rise that was devised by the Coalition in their December 2013 budget update, and delivered by Labor. So a big thank you to both sides for that.

There are numerous things I couldn’t fit into the Age piece.

Firstly, there is some good news: 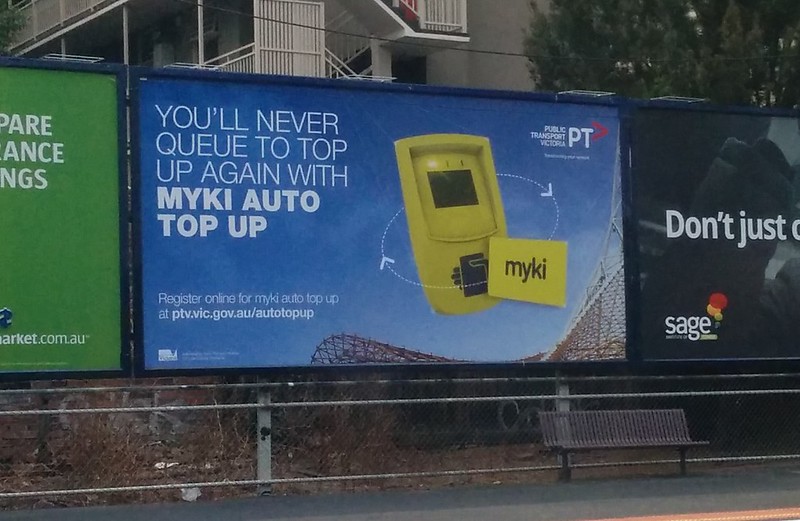 And it’s also worth looking at the government propaganda:

This claim: Public transport fares continue to represent good value, with Zone 1 myki money users paying $4.10 for a 2 hour fare. This represents a fare increase of just 30 cents in five years, when compared to the same Metcard fare in 2011. — That’s comparing apples and oranges. The Myki fare is a prepaid bulk fare. It was $3.02 in 2011, so from January it will have gone up $1.08, or 36%.

They also claim that Melbourne’s daily fare compares favourably with Sydney’s $15 daily cap. The problem with this is most regular Sydney commuters don’t get anywhere near spending $15 a day. For instance from Hurstville to Sydney Central (15km) costs $4.20 each way on Opal in peak (but only $2.94 off-peak).

It’s actually quite difficult to directly compare fares. Overall, Melbourne is cheap for long distance journeys, but expensive for short distances (10km and less) that aren’t covered by the Free Tram Zone. 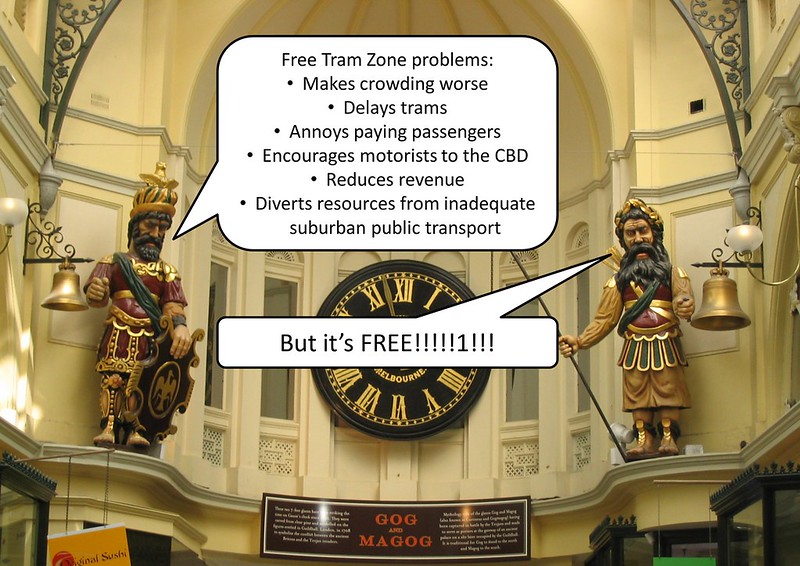 In theory the rise is 3.9%, but in practice the most popular fares are jumping about 5%. The standard two-hour fare will go from $3.90 to $4.10 — a daily is twice that amount. One reason supposedly cited was rounding. But nobody can pay cash for these fares, so that doesn’t make sense.

Quite rightly, regional fares aren’t being rounded in this way. For instance a Geelong to Melbourne off-peak fare next year will be $8.82.

Oh yeah, don’t get fares and tickets confused. Despite my use of Myki imagery on this blog post, they are at arms length. While fares policy is influenced by what is possible in the ticket system, much of the fares regime we have now was brought over from Metcard, and in turn inherited from the paper tickets of the 1980s.

If you travel 5+ times per week, one of the best ways to beat price rises is to load up with Myki Passes before January 1st. The ultimate is to buy a Commuter Club discounted yearly. Unfortunately the deadline has passed if you wanted the 2016 price — it’s best organised in November. But it’s still good value compared to paying every month, provided you can afford the up-front cost.