This is old news, but it keeps coming up, and I never got around to blogging about it in detail, so…

The popular narrative of East West Link (from those who wanted it built) is that the Andrews Government paid $1 billion for nothing.

As you might expect, there’s a little more to it than that.

The EWL project was terminated in June 2015 with more than $1.1 billion paid, or expected to be paid, by the state for little tangible benefit.

But VAGO also found that the cost will be:

partially offset by future proceeds from the sale of properties acquired for the project which the Department of Treasury & Finance estimates at $320 million.

So that makes it $780 million. Which is still a lot of money.

Before supporters of the road (and the 2010-2014 Liberal National Coalition) get too cocky, VAGO points out how badly the project was managed ahead of the 2014 election:

The audit found that the EWL business case did not provide a sound basis for the government’s decision to commit to the investment and that key decisions during the project planning, development and procurement phases were driven by an overriding sense of urgency to sign the contract before the November 2014 state election.

Advice to government in the lead up to signing the contract did not sufficiently assess the benefits of delaying contract signing to mitigate risks posed by the unresolved legal challenge to the project planning approval decision. Signing the contract in these circumstances was imprudent and exposed the state to significant cost and risk.

You’d expect the politicians involved to ignore the findings, but what’s unbelievable is that the government departments involved ignored VAGO’s recommendations. From the VAGO report introductory letter:

The report makes recommendations to DTF to provide guidance for development and delivery of major projects and for the Department of Premier & Cabinet to clarify requirements for frank and fearless advice from the public sector. Disappointingly, these departments have rejected the recommendations. 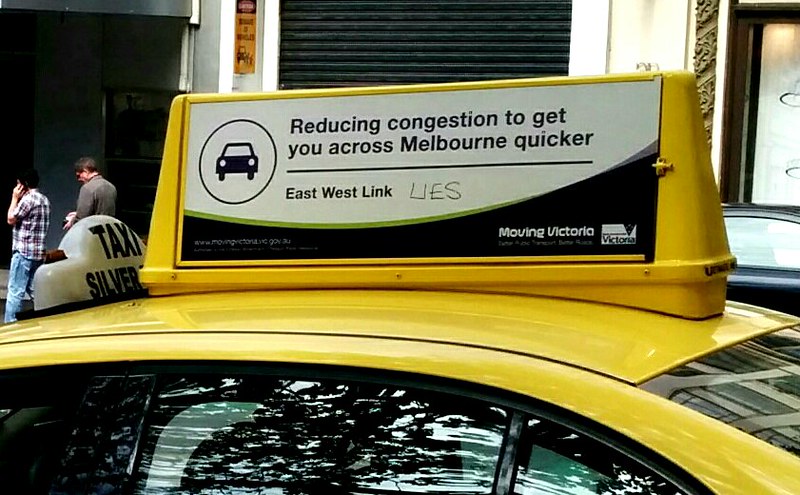 Benefits of the project

Would it have brought benefits? Yes, but as we know from the Benefit Cost Ratio of only 0.8, benefits of less value than the money spent.

The BCR only crept higher than 1 if vague wibbly-wobbly Wider Economic Benefits were added.

VAGO had this to say on WEBs (in section 3.4.1), and it’s fair to say they weren’t supportive of the approach:

The EWL business case relied heavily on the inclusion of estimated WEBs to support the assertion that the project was of net benefit. Without these WEBs, which were unusually high as a proportion of total benefits, the project cost was clearly higher than the expected benefits.

WEBs relate to economic benefits that are not typically captured in traditional cost-benefit analysis. Commonly considered WEBs include:

The DTF guidelines indicate that WEBs are most relevant to transport and other large infrastructure projects. However, guidance materials from DTF and Infrastructure Australia indicate caution should be exercised when estimating and considering WEBs as part of the economic assessment of projects.

In other words, Department of Treasury and Finance were only too happy to rely strongly on WEBs, even though their own guidance materials said you need to be very careful with them, and not rely on them too much.

DTF’s guidelines note that the extent to which WEBs exist over and above benefits counted in the standard economic evaluation is not yet clear, and will depend on the nature of the project under consideration.

This was important, because an external peer review of the March 2013 business case raised significant issues with the plausibility of the level of WEBs claimed for the project in terms of their ratio to total benefits.

So after the March 2013 business case showed the project was very shaky economically, a revision just two months later showed it to be stronger, but contained no justification for the change.

For VAGO to have “significant issues with the plausibility of the level of WEBs claimed” is really damning stuff. 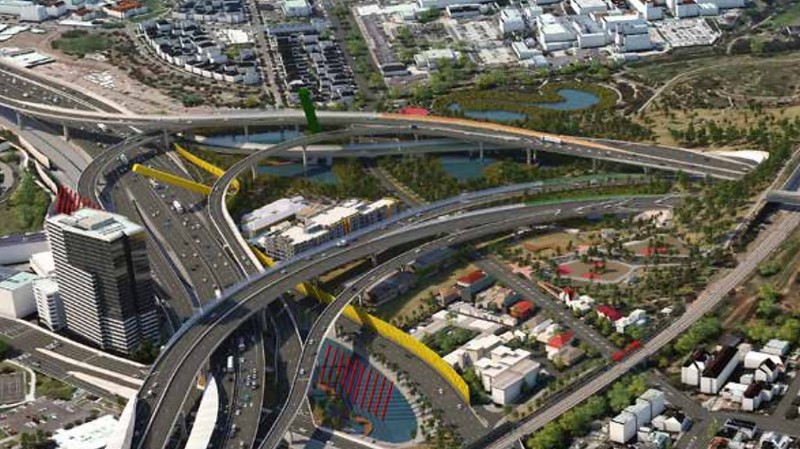 The cost if it had been built

But back to the cost. $780 million went out the door. But what would it have cost if the project had gone ahead? VAGO spells it out in section 2.4: $12.8 billion (nominal terms), with $3.3 billion of that being State funds, $1.5 billion from the Commonwealth, and $8 billion from tolls.

So while some would argue that scrapping the project wasted $780 million, another way to look at it is that it saved $4 billion of taxpayer funds, plus billions more in motorist tolls.

Despite the best efforts of the outgoing government, the incoming government fulfilled one of its major promises in scrapping the road.

Scrapping it, apart from saving money overall, also prevented the trashing of Royal Park, covering Clifton Hill in massive flyovers, further entrenching car dependency and producing more traffic — and long term, it would have made little difference to congestion on a corridor where traffic wasn’t increasing anyway.

One could argue that cancelling EWL didn’t cost $780m, but signing the contract (and dodgy side letter) did.

Sunk cost fallacy – the $780m is lost either way, so it doesn’t make sense to consider it anymore.
So without the $780m in the equation the options are undertake the project with a negative net present value, or do nothing. Because the NPV of going ahead with the project is still negative, even with the price tag reduced by $780m, doing nothing is the economically rational option in this case.

I would much prefer that $1b being spent on railways. It could have done both the Doncaster and Rowville lines in one go.

I am not opposed to roads and freeways. I am against the strong funding bias towards freeways while leaving out important railway links.

Every man and his dog knew that this EWL BC didn’t stack up. It was so obviously rushed through by the then government in the months leading up to the election as they had no other political platform to run with – did anyone actually believe the Libs were going to start construction on their version of MM or airport rail in their second term?? So yes, we saved $4 billion, which can be used for other projects and thankfully the current Andrews govt has PT as a priority.

The issue now is that IV has put EWL back on the (30 year) agenda – meaning it may well be built after all. If that is the case, it may be rightly regarded as ‘wasting’ $780 mil.

Further, the Western Distributor (which essentially was stage 2 of EWL – a poor mans version at that, designed by the very company to run it – conflict much?), is being built by extending the toll contract expiry (billions paid by the motorists) and $2 billion chipped in by the Vic Govt (in the absence of Fed funding). The WD has a BC of 1.3; EWL 0.8. Why the Libs chose to proceed with the EWL and not start with the (original version of) WD is anyones guess.

Can we get some scrutiny on the nonsense BCR Infrastructure Vic came up with for Doncaster rail?
I don’t trust these clowns to model pottery.
The mooted moving of sth kensington station within metro was costed as an UNDERGROUND option, therefore prohibitive, where an above ground location before the proposed tunnel entrance was staring them in the face.

[…] project and undo the contracts if elected — and they did it, at a cost of $780 million, but saving $4 billion of taxpayer funds, plus billions more in motorist […]