Those paying attention will know that I had considered adding a multi-room music setup to the hifi. I ended up buying a couple of Sonos speakers, which have been great.

Here’s another idea that some may consider a bit “out there”.

Nostalgia is a powerful force. I was in a bookshop the other week looking at the Ladybird spoof book on mid-life crisis. (There are some pretty funny titles in this series.)

One manifestation is for people to buy one or more big nostalgic objects. Something tangible from their past. Unlike the people in the book, I’m not about to buy an old car* or a guitar.

(*My actual car is a 2000 Astra. Old enough to be old, but not old enough to be a classic. It probably needs replacing in the next few years, but for now meets my minimal driving needs.)

I remember going to a party in about 1992 somewhere near Riversdale station, and the focal point of the room was a fully-fledged working pinball machine.

I was never much of a pinball person, but this oozed cool. No, back in the day, I played arcade game machines.

Hmmm. What if I got an arcade game machine? 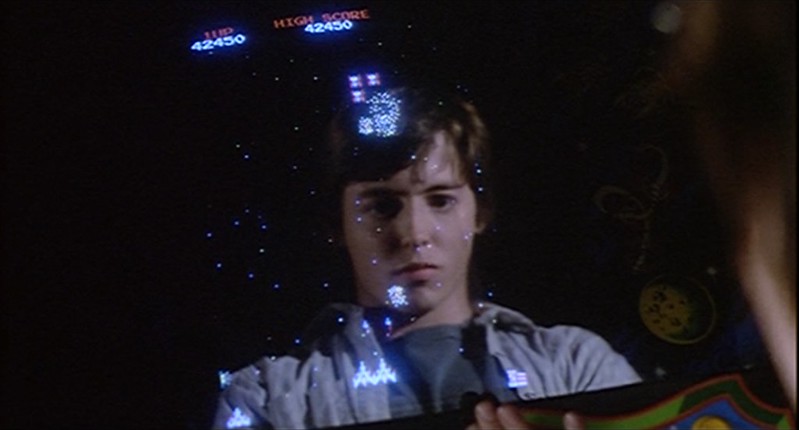 Pic from the movie: WarGames

Apparently there were once 1.5 million machines in North America alone. I don’t know how many there might have been in Australia, but I’d guess it would have certainly been in the tens of thousands.

What happened to them all? We don’t know. Some of them got gutted and re-used, but some are still around, and come up for sale quite regularly on eBay and Gumtree and elsewhere. 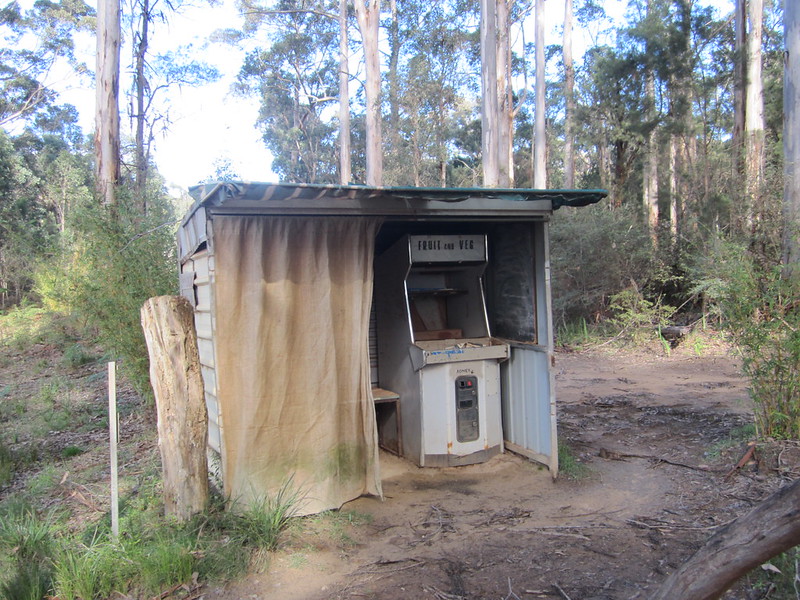 The styles vary… doing a little research, I found there is a myriad of choices.

The various styles have gone through several permutations over the years, and you see them all on sale from time to time.

The older, vintage machines often have coin slots, though most people who have these games at home set the machines to free play.

They’re also in varying states of repair of course. Some people are expert at restoring them, and a whole cottage industry has grown up around it. Parts are surprisingly easy to obtain — even things you’d think are pretty obscure nowadays like CRT monitor chassis and coin mechanisms are available from suppliers in Australia. That said, I’m not sure I’d have the knowledge or the time to take anything major on. 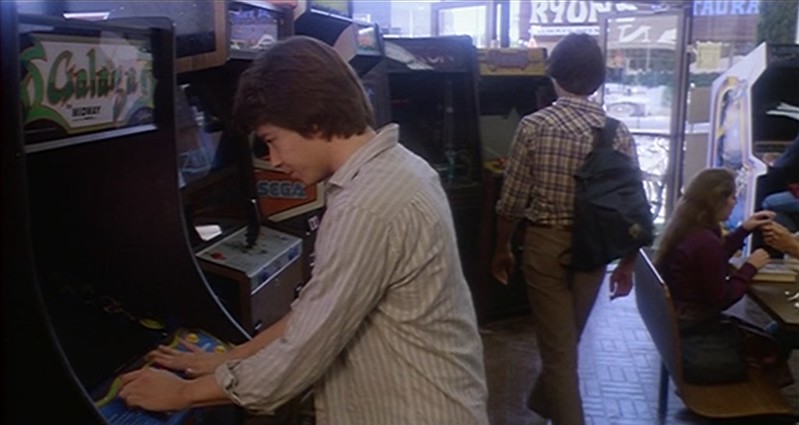 Pic from the movie: WarGames. Standing desks are not a new concept!

And then there’s the game software itself.

The limitation on multi-game setups is that arcade games were written to either a vertical (portrait) or horizontal (landscape) screen. Cabinets were designed to be reconfigured if required, but it means a limit on which games you can play easily. This means you won’t find Donkey Kong, Ms Pacman and Galaga (vertical) on the same machine as Moon Patrol, Joust and Popeye (horizontal).

Original cabinets of course had CRTs for screens, some of which are now unreliable and need repair. Some old machines have had LCD replacements — most of the new/reproduction cabinets have LCDs, for a clearer but less-authentic experience.

eBay and Gumtree regularly have ads for various boards, cases, parts and fully-fledged machines. The going price for a genuine vintage machine seems to be from about $500 upwards, depending heavily on the condition.

You see some advertised at much higher prices, up to $2000 for a vintage machine, but they don’t seem to be selling. Apart from vintage machines selling frequently in the $600-800 range, you can get a very passable classic design reproduction for about $1000; I would think few would want to pay $2000 for a decidedly average original. That said, there are more elaborate and rare machines, such as sit-in models for driving games or Star Wars, which are probably quite reasonably advertised for several thousand dollars.

From all my rambling, as you can tell, I’ve done rather too much research on this.

Could it even be a good investment? Tony Temple (who writes an awesome blog around arcade machine restoration, culture and history) notes that prices are steadily increasing, particularly outside the USA where cabinets in good condition are getting rarer.

But I suspect you’d have to be incredibly lucky to count on making money this way — and confine yourself to immaculately restored genuine machines dedicated to their original game.

I really don’t know if buying something like this is a good idea. In fact it might be totally ridiculous. But I’m not going to pretend I’m not tempted. I’ve got a corner of one room with crap in it that might look quite good with an arcade machine instead. But I’d have to clean up that corner first.

6 replies on “Back to the arcades?”

Pinball arcade on ps3 and ps4 its cheap and quite lifelike

Pinball isn’t really my thing, but there are some great emulators around… though as with video games, it might not be the same as having an actual machine.

A stand up machine would be good as a lot of the older games let you work up a sweat especially the button mashing ones. Investing in a good arcade stick and Steam downloads of old games to a media centre could also work.

Modern PC + MAME, can’t beat that. Make sure to pick up an arcade controller, or at least a gamepad, since no-one wants to play Street Fighter on the keyboard. Of course, make sure to get a 2 player stick or 2 gamepads if you plan on playing against someone. Anything made since the dawn of dual core/64-bit processors will play around 90% of the arcade games out there at full speed or close enough – in fact, even an ancient Pentium 4 will run most of those; it’s only in the mid-1990s 3D era where things start becoming too complicated for older systems, as MAME does not use high level emulation or game hacks to increase the frame rate, unlike an older PlayStation 1 or Nintendo 64 emulator would.

I would avoid running MAME on a miniature device such as an old iPad/iPhone or Raspberry Pi as they tend to be quite underpowered for the job and also tend to run prehistoric versions of MAME from around the year 2000 to compensate. Stick with a dual core laptop at least if it must be portable.

[…] video games of the 80s are probably those I enjoy the most, but good stuff came afterwards, and I don’t really want to go back to when computers cost a […]

[…] …but it was the 80s-era arcade machines that I really enjoyed the most, re-living my teenage years. (I’m still tempted to buy an old machine.) […]