What they got done at Bentleigh, Mckinnon and Ormond during the 37 day shutdown of the Frankston line to remove the level crossings was very impressive, and I’m told the project team are (rightly) proud of the results.

37 days of round-the-clock works, 3 of the worst level crossings gone. Watch them disappear in 3 minutes. #springsthttps://t.co/OO5DpMnhdO

But… particularly when evaluating different methodologies and plans for future projects, one needs to be very careful to get all the facts.

It’s simply incorrect to imply that 37 days was the full extent of disruptions.

The full scope of interruptions to trains has been far greater. 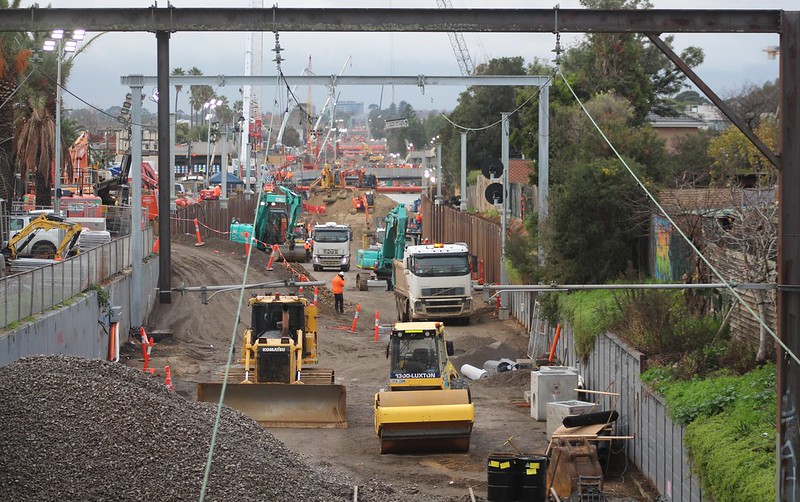 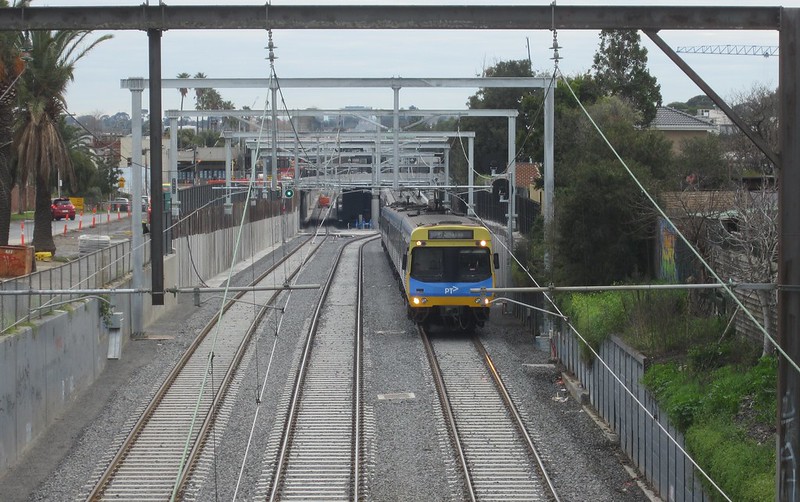 Here’s a list of the extended station closures and service alterations:

And the rail closures (not including an accidental disruption due to a gas leak early in the project):

(In most cases, rail closures were confined to Caulfield to Moorabbin. In some cases this was stretched to Mordialloc, mostly for other projects such as Southland station, though early on this was done as part of work to isolate the power at Moorabbin.)

So in fact there have been substantial disruptions in addition from the 37 days: 10 months of service alterations/cancellations, stations closed for up to 5 months, and so far (that we know about) 31 full days of closures — eg a full total of 68 days with no trains.

Weekend closures are less disruptive than weekdays, but still affect a large number of people, especially on weekends with major sporting and cultural events.

The full project spans over a year of works.

Preparatory work was required, such as moving existing services, ahead of major works. Further (mostly relatively minor) work is required to bring the project to completion.

It’s like when you go in for a short surgical procedure. There’s all kinds of preparation before the actual event, and recovery time afterwards. It’s not just a half-hour thing, it can take all day.

I’m not saying the project should have been run differently. Actually it’s been a really good strategy to isolate the main disruption to a five-ish week period, and overall things have gone pretty smoothly.

But we need to be clear on what actually happened, and not assume it was just 37 days.

See also: How many people are affected by rail shutdowns?

“It’s like when you go in for a short surgical procedure. There’s all kinds of preparation before the actual event”.
Yes, I know the one you mean. The preparation is the worst part.

You should probably also include the carparks closures. Bentleigh, McKinnon and Ormond have have reduced, or zero, car parking for most of the project.

By the way, some of the landscaping (to replace the many trees and plants removed) won’t be done until autumn 2017 (when new plantings are more likely to take), so by the time the project is completely finished it will have been close to two years since they started in mid-2015.

Possibly the longest rail closure in a non-school holiday period? In terms of total rail disruption in days, the Regional Rail impact on the Sunbury and Werribee lines might have been similar. I recall 3 or 4 closures between Sunshine and Footscray in school holidays, and there would have been weekends as well on both the Sunbury and Werribee lines.

Prior to this project, how many projects have we had, where we removed three level crossings in one go?

I can not think of any.

The vast majority of projects had been only one crossing at one time, except for the following, where each had two crossings at one time;
++ Sunshine
++ Mitcham

I trust there will be many ‘multiple crossing’ projects to happen soon, with three lots on the Dandenong corridor, and many others.

Last Thursday, I had a ride through to Patterson and back to have my train seat view of the project.

It sure was a roller coaster ride.

Questions I will ask are;
++ Are there going to be tunnel lights where we go under at Ormond?
++ Is there any provision for 9 car trains on this line?
++ Any provision for a fourth track to go in one day?

All good but it happened and it’s almost done!

Let’s just get on with it!

Recently Perth apparently had its longest continuous rail shutdown in history but it was 1.5 weeks

@Dan, the specifics of each project will drive the shutdown time.

In the Perth example, the article makes it clear that they have built the new station on a brand new route, parallel to the existing rail line.

The 37 day shutdown this blog post is about concerns a rail alignment that was too narrow for that. So during the shutdown they demolished the three stations and the entire rail line, dug it all out and rebuilt the tracks and the stations at a lower level. Has Perth done a similar project?

Melbourne has had level crossing removals similar to the Perth Stadium project; at Springvale and Gardiner the new station was built alongside the old, and I think St Albans is underway now using the same method. This obviously results in far less disruption.

[…] my calculation the Frankston line shutdowns (for three crossings at Bentleigh, Mckinnon and Ormond) totalled 66 days: 36 on weekends/public holidays, 14 weekdays in school holidays, and 30 normal […]