It’s the last day of July, so here’s my monthly post of pictures from ten years ago, from July 2006.

Cooking a stew on my ancient stove, with my cast iron pot. Delicious, as I recall. I really should do this more often. 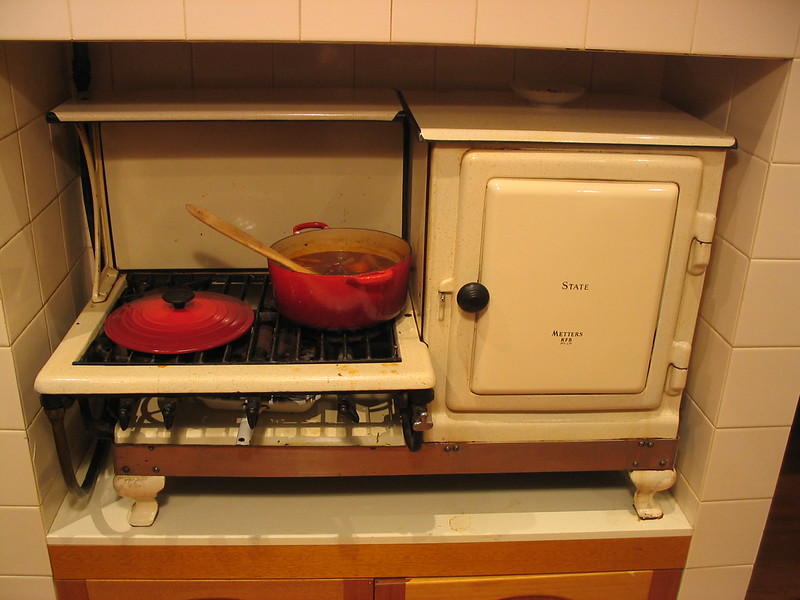 All the other photos below were snapped with my then brand new mobile phone, the Nokia 6230i, which was the first phone I had that had a half-decent camera, though by today’s standards it was low resolution and many of the photos look pretty grainy.

This was a trial of small Metcard ticket machines at tram stops, selling only a Daily Full Fare Zone 1 Metcard. 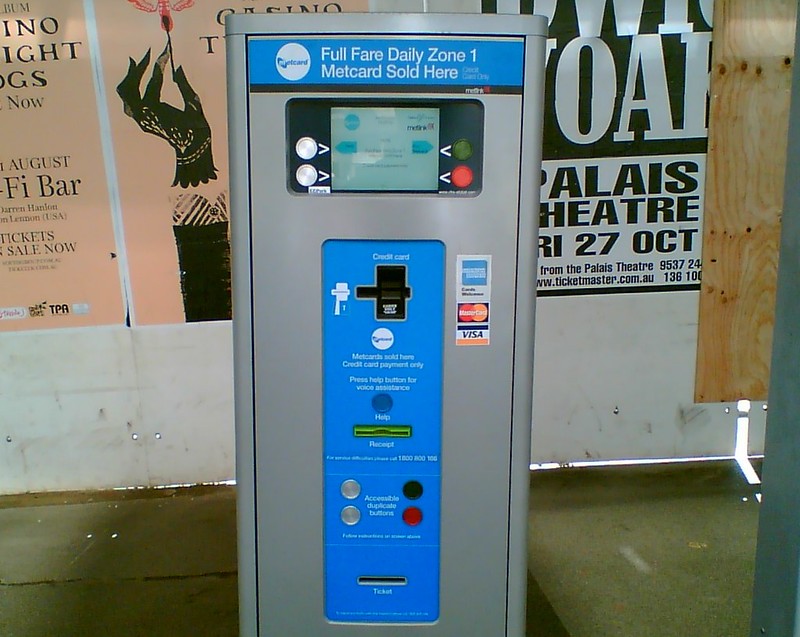 Train crowding was really biting in mid-2006. These pictures are from Glenhuntly. 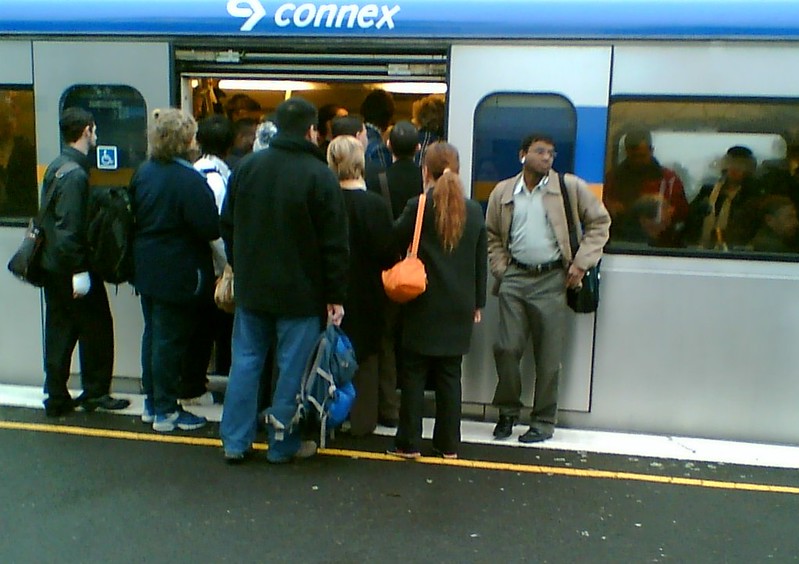 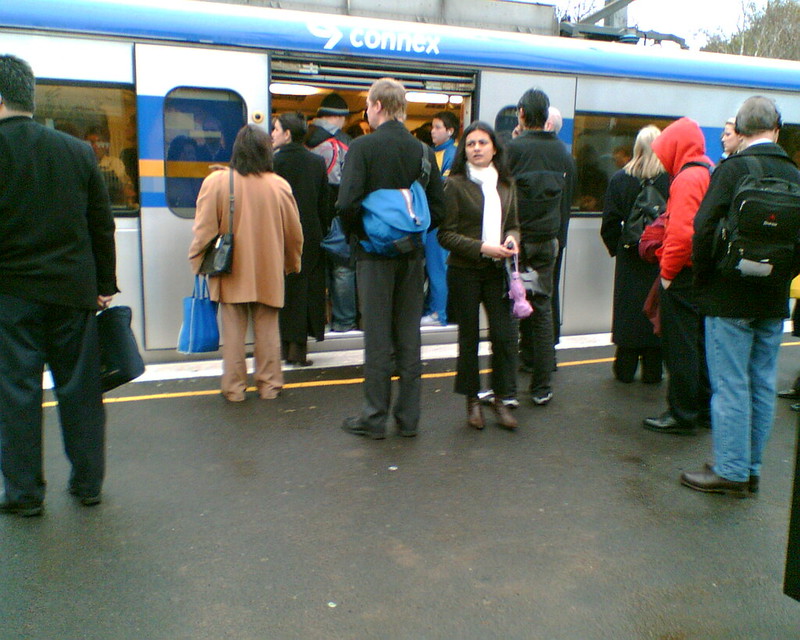 A Hitachi train rolls into Richmond. There’d been talk of taking them all out of service straight after the Commonwealth Games in March, but crowding meant they were kept on; in fact the government infamously bought some back from a farmer. 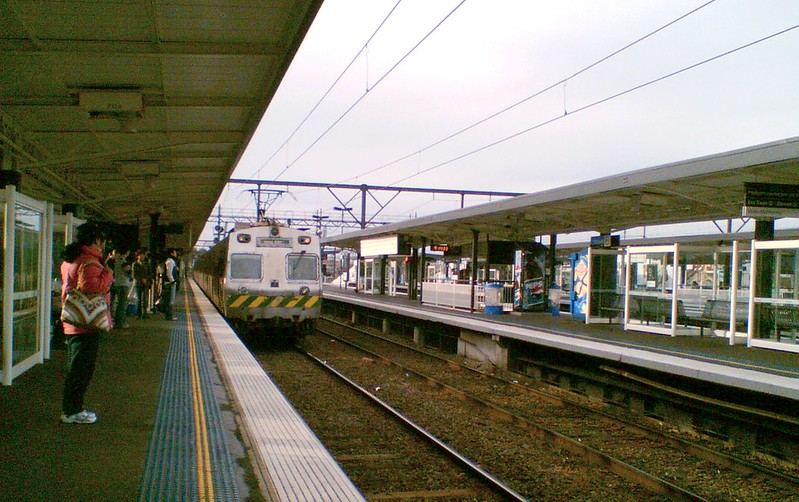 I noticed that despite the tough talk on fare evasion, most of the time, the Degraves Street underpass entrance to Flinders Street was unstaffed. I started snapping photos as I passed by. Eventually this became a PTUA press release and a Herald Sun story. Looking back now: CRT screens, old gates, MX newspaper dispenser, puddle in the subway. 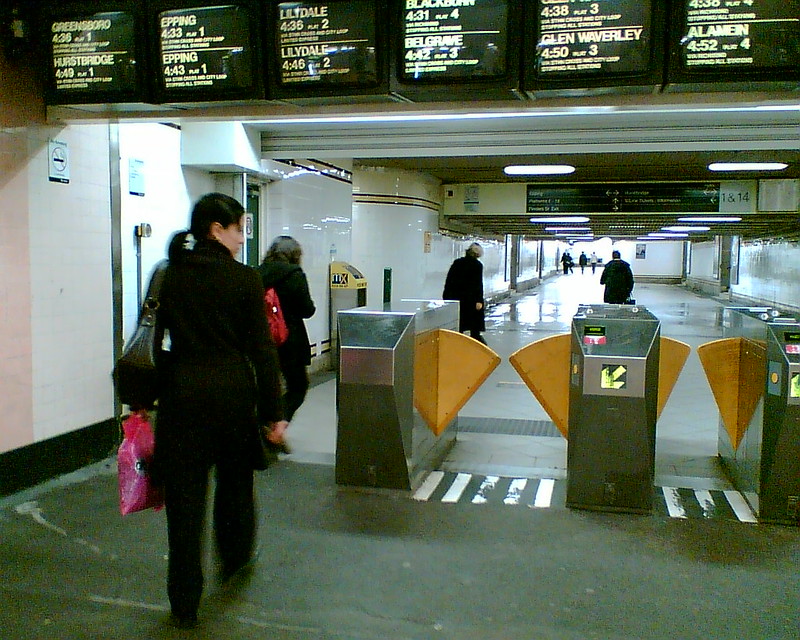 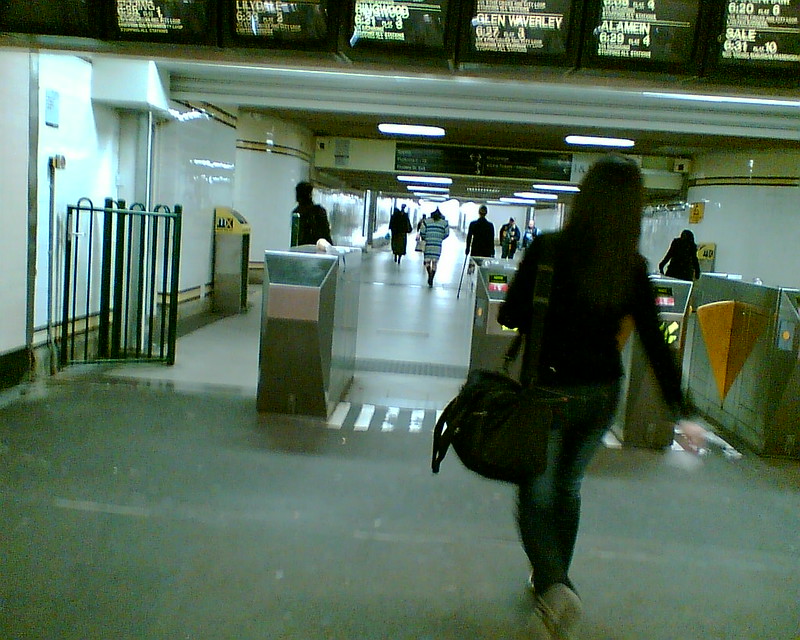 Here’s a bit of history: the Metlink branding had been introduced in 2004, but as late as 2006, the central shopfront was still called The Met Shop. The sign on the door refers to the (by then defunct, I think) VicTrip web site. In the background you can see a BATBYGOBSTOPL poster – this was a jokey campaign promoting paying your fare before you travel, but they had a point – the acronym has stuck in my mind: Buying A Ticket Before You Get On Board Saves Time Or Problems Later. 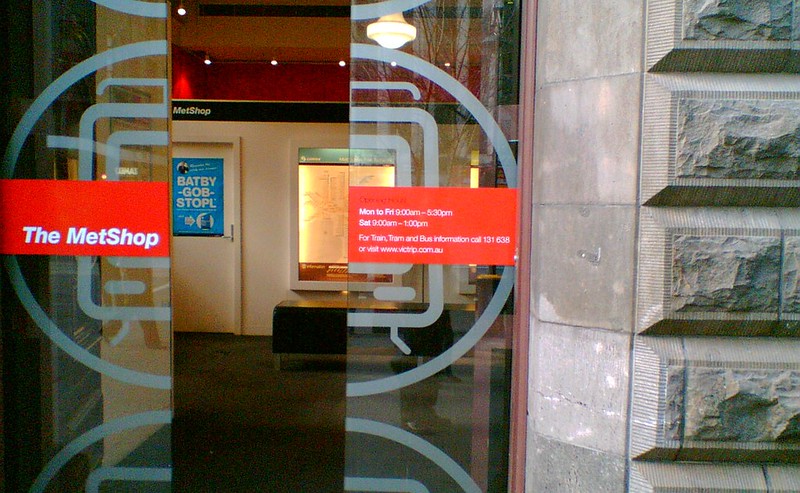 Schoolbags lined up in one of the shelter sheds at the kids’ school. 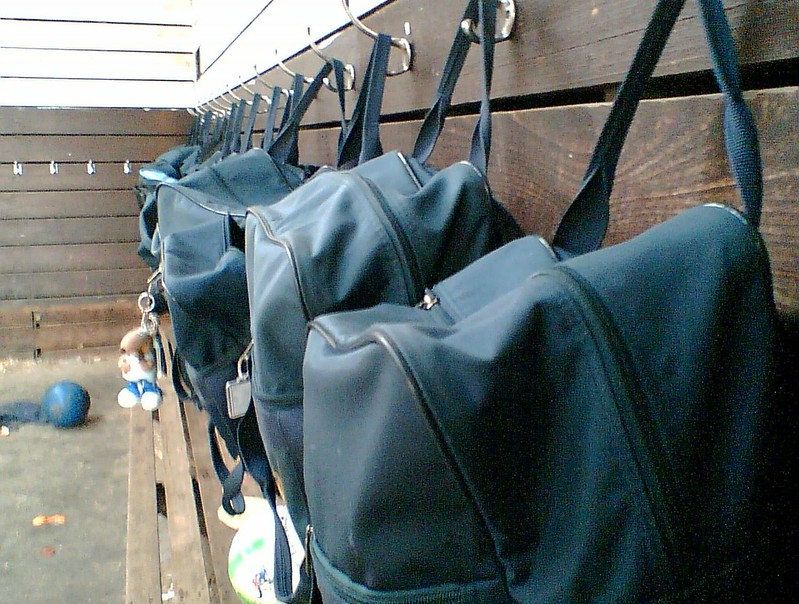 Corner of Elizabeth and Collins Streets. I have no idea why I took this photo. 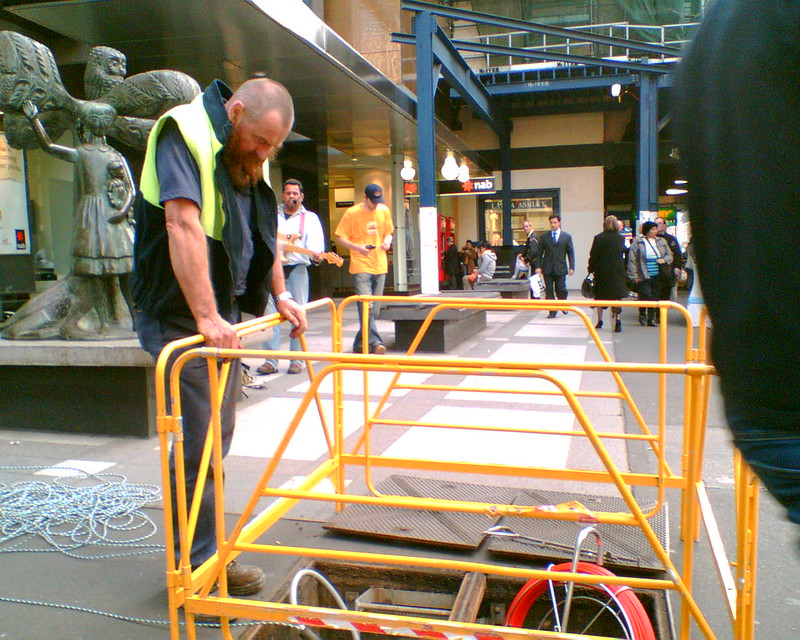 Another point looking back at the Degraves Strert underpass CRTs is the Epping line, not South Morang. (However I also cannot recognize Broadmeadows/Craigieburn in the photo. )

Sort of inspired by Kevens post, some extentions that happened since this would have been, South Morang, Sunbury. When was Craigiburn done?

The Sale train was marked there on one of the PIDS, in the seventh photo. I understand this now runs all the way to Bairnsdale.

Also grade separations, at Mitcham and Nunnawadding?, Springvale too.

When was middlebourgh road done?

The train fleet has not changed since then, other than the removal of the Hitachi fleet, and more xtraps.

Ofcource the change from Connex to Metro.

And lastly, Metcard is replaced with MyKi.

Lots have changed in the last 10 years, some for the better.