Extra track and fleet capacity is great! But what about extra services? If you missed the front page story in today’s Age: Melbourne to go more than two years without a peak-hour train timetable boost 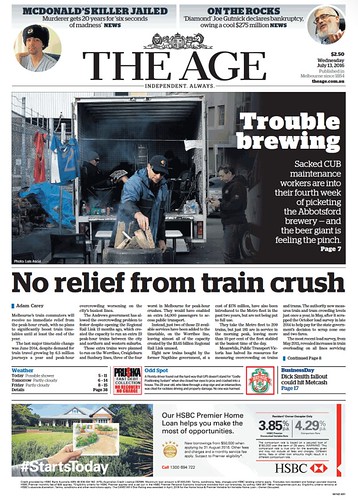 To recap: Regional Rail Link separated out most V/Line services from Metro services, giving V/Line trains on the Geelong, Ballarat and Bendigo lines a better run into Melbourne… but also freeing up space for more Metro services on the Sunbury, Williamstown and Werribee lines.

How many more Metro services did RRL allow? 23 per peak according to the literature.

How many of those 23 are used? One per peak, on the Werribee line.

While nobody expects all the capacity to be used straight away, we expect better than this in a growing city. 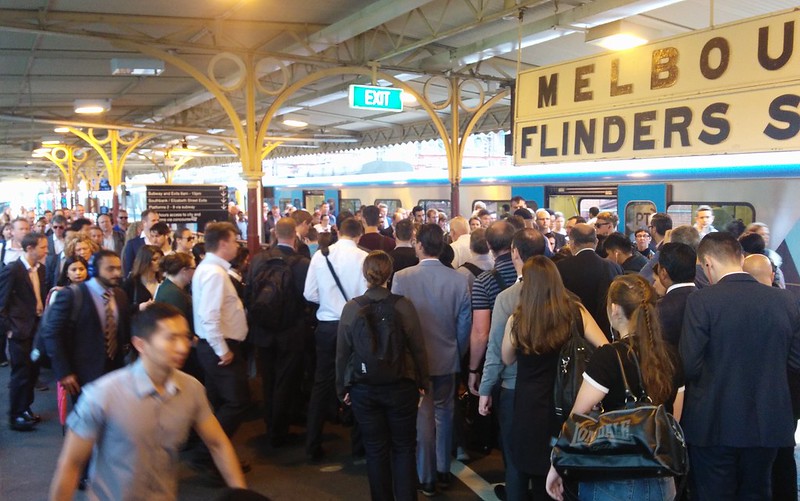 A much larger number of new services were part of a broad package benefiting a number of lines.

It appears the package was deferred because of a reluctance to remove remaining peak Frankston trains from the City Loop, which was a key part of the planned timetable.

Perhaps this is understandable given there was no immediate plan to fill those slots with more Dandenong trains. That can’t happen until level crossings are removed between Caulfield and Dandenong.

But a year later, what is happening? Are they working on a revised plan to bring in the extra services? We don’t know. And it must be well over a year since it was flagged within government that the changes would be deferred. 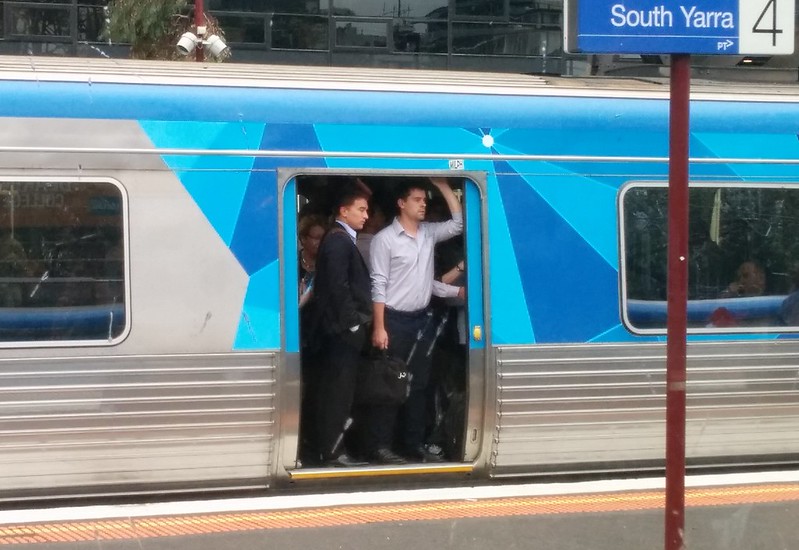 Since the last big timetable change in July 2014, eight trains have come into service, with only one used. Five more are on order.

The 2016 Budget papers claim 94% Metro rolling stock availability, but VicSig indicates only 185 out of 209 trains (88.5%) are actually used at the busiest time of day.

The May 2015 load survey showed load breaches (overcrowding) increased from 41 to 47 from 2014. The worst appeared to be:

Bear in mind the zone 1+2 fare changes that took effect in January 2015 would have had a big effect on the longer lines, but thanks to PTV cutbacks there’s now only one load survey per year, and the May 2016 results aren’t out yet… so we don’t know precisely what the picture is now.

In comparison to this growth, the 2016 Budget figures showed expected Metro service kilometres up only 0.9% for year ending June 2016, compared to the previous year.

The ABS says Greater Melbourne population growth is about 2.1% per year.

Crowding on the busiest part of the rail network is largely the result of CBD activity, particularly workers and students who mostly travel in peak hour. City Of Melbourne figures show 1.5% annual growth in the daily city population, with city workers expected to increase by about 2% annually in the near future. 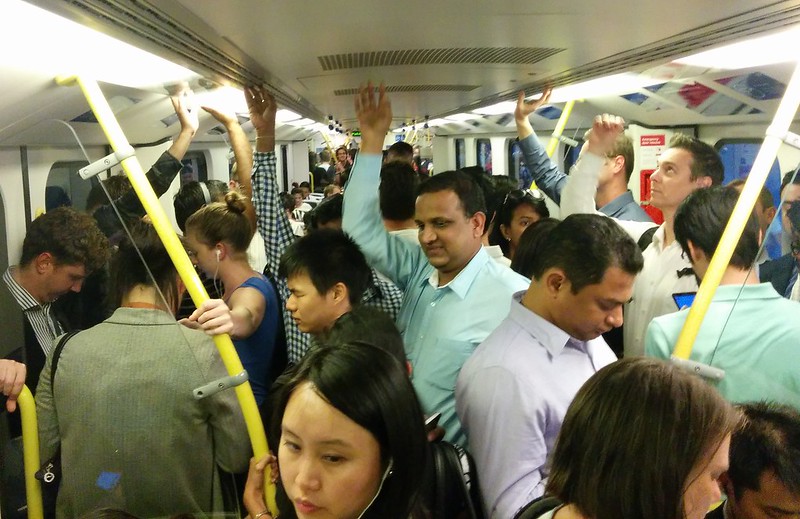 Getting people to employment and education is vital; it’s what drives the economy, and continued prosperity, and only mass transit can do it efficiently in a dense and thriving urban area like inner Melbourne.

It’s great that the government is pushing ahead with projects like the Melbourne Metro Rail Tunnel, and level crossing removals, and the now-completed Regional Rail Link, high-capacity train fleets and high-capacity signalling, all of which provide a capacity boost for extra services… but we also need to actually see those extra services provided.

12 thoughts on “Extra track and fleet capacity is great! But what about extra services?”