The month is almost over – here are photos from June 2006, continuing my series of posting ten year old photos.

Glenhuntly station, which looks much the same today except for additional shelter and PIDs (Passenger Information Displays). Following the works in 2016 to remove level crossings further south, many would be hoping the crossing here (and Neerim Road very close by) are done soon, but it looks like that will only happen after Labor funds all fifty in its 2014-2022 plan. 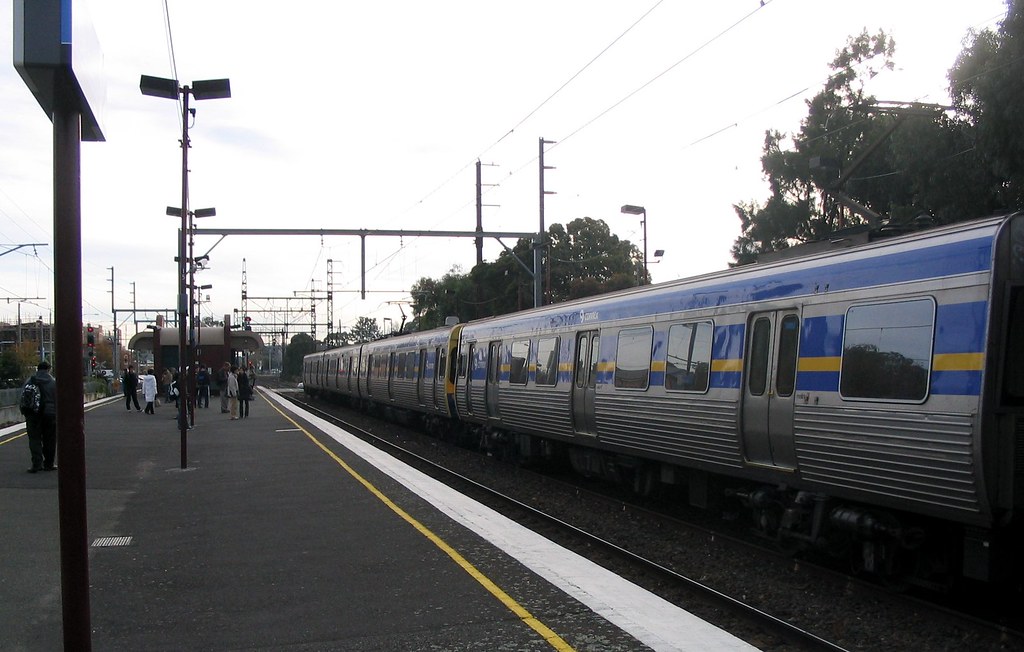 This illogical parking sign from Elsternwick was the subject of a blog post. Why restrict it to four hours parking during a four hour period on Saturday morning? I can’t find the photo right now, but even sillier was the nearby restriction of five hours between 8am-12noon. I think the last time I looked, these had been fixed. 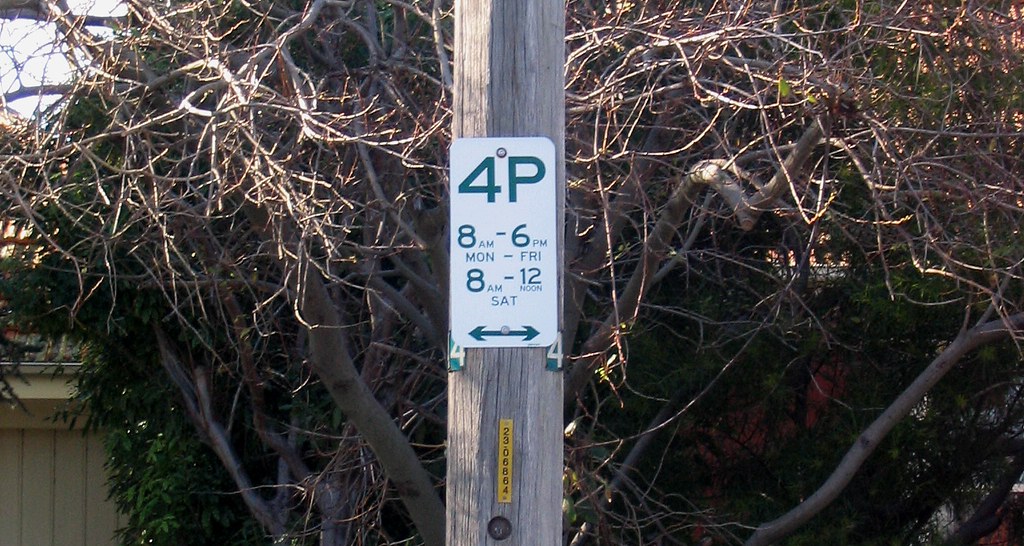 Pulling apart a VHS tape (and putting it back together). I’m sure there was a terribly good reason for this, though it escapes me for now. I still have a lot of VHS tapes; I’m gradually chucking them out, but somewhere on one of them is a mildly embarrassing recording of my sister on TV, so I’m checking each tape before I dispose of it to try and find it. 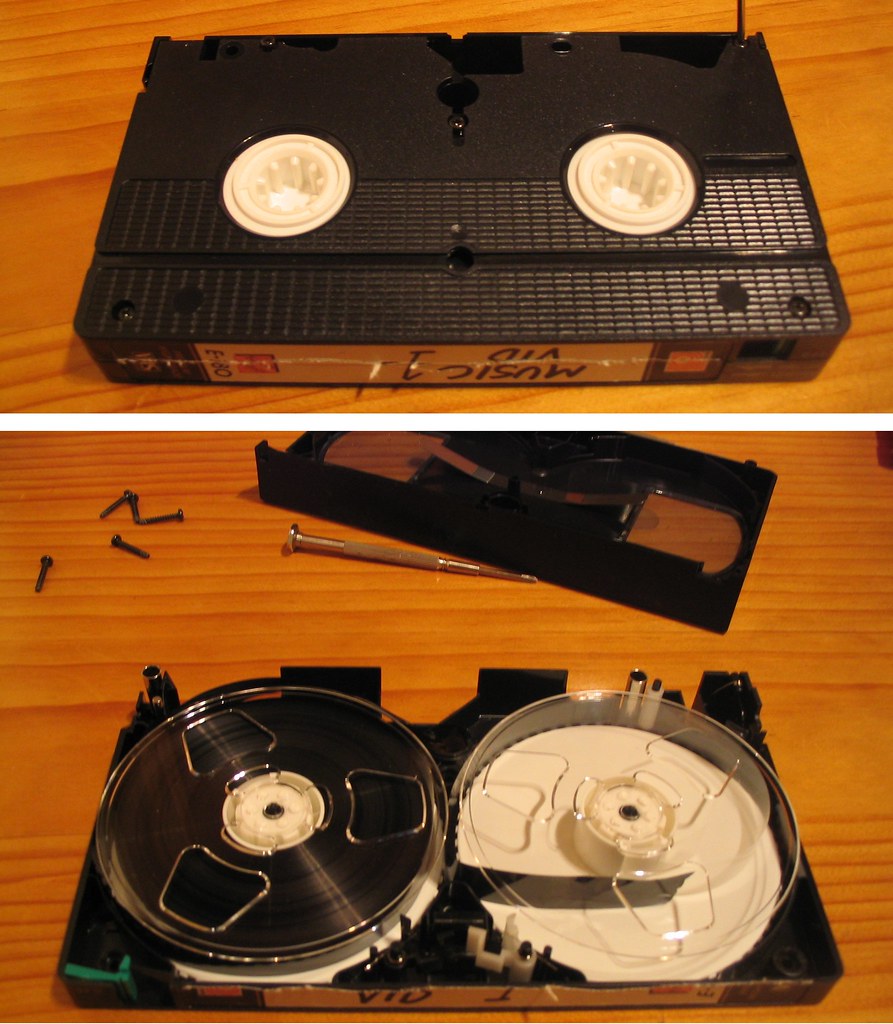 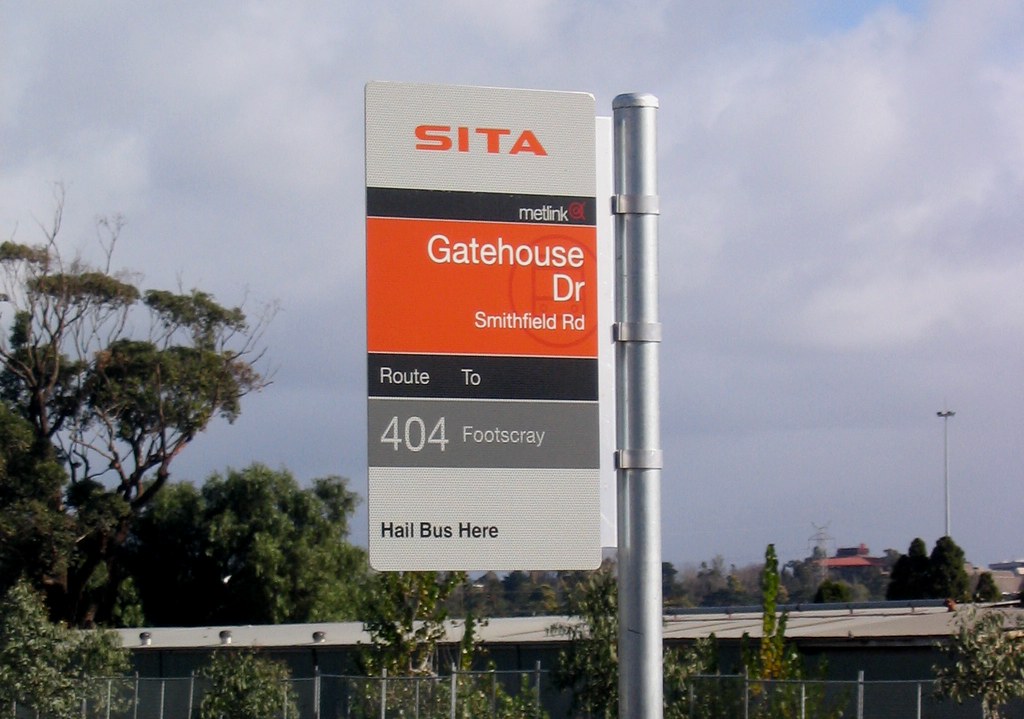 Collins/William Street corner. Looks about the same, but much busier given all the development at the west end of the CBD. The trams are all in different colours, of course, and LED displays replaced the old canvas destination rolls. 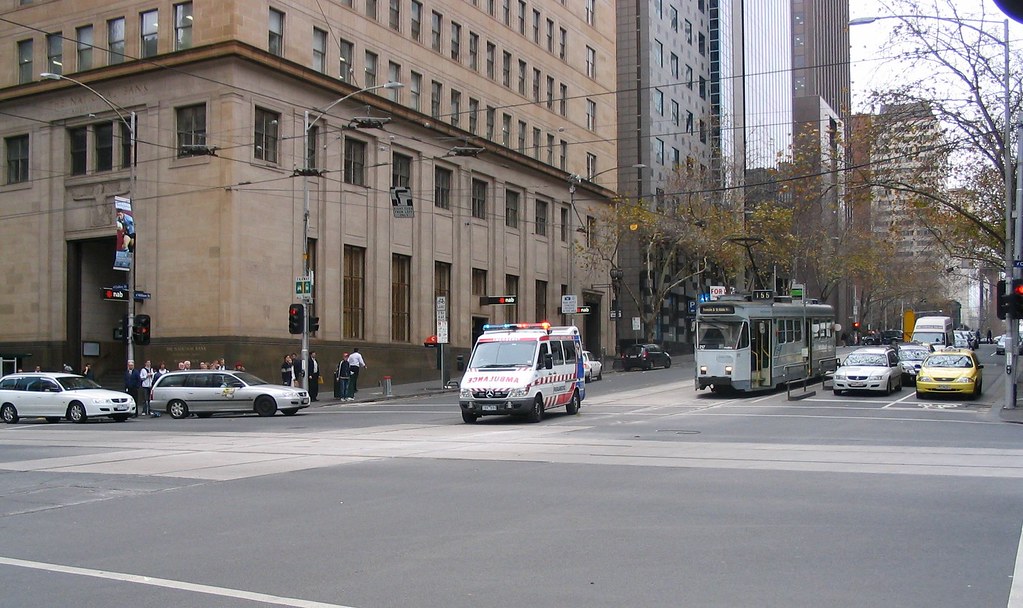 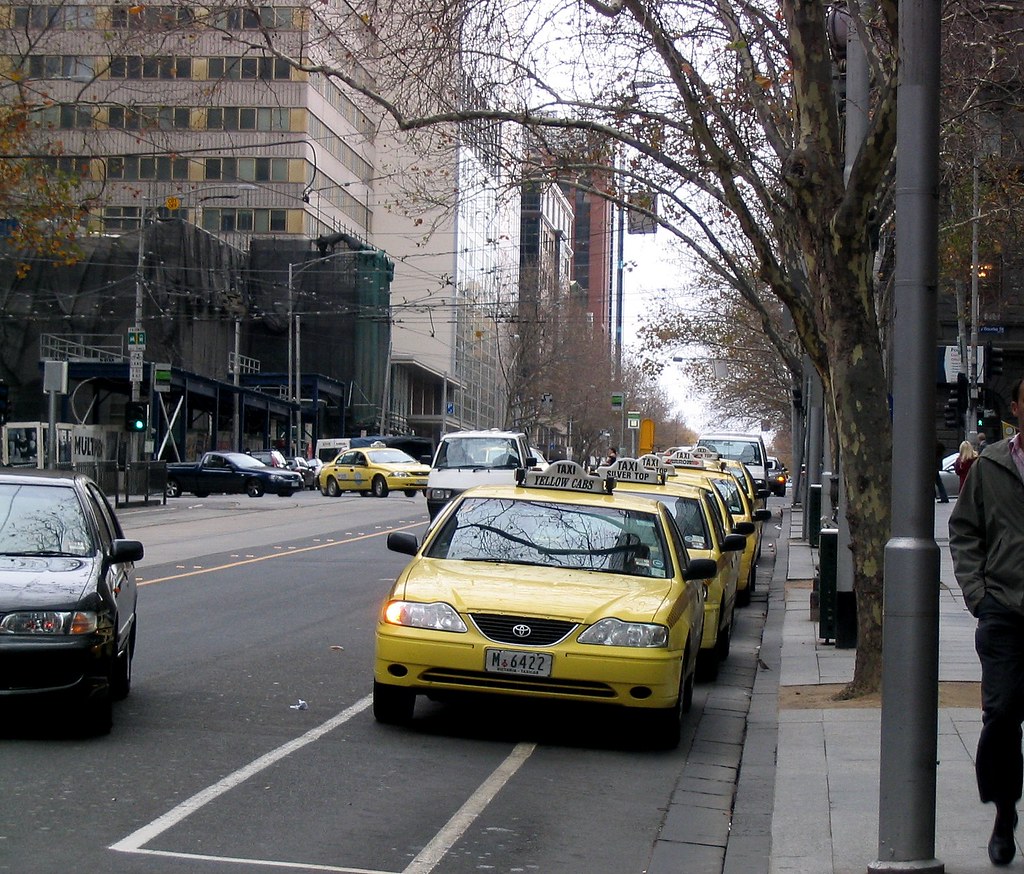 Swanston Street looking north towards Bourke Street. I think I took this because I became fascinated with all the companies using lime green in their colour schemes. Note the Crazy John’s mobile phone shop on the corner — founder John Ilhan had passed away a few years before; Vodafone now owns the brand. 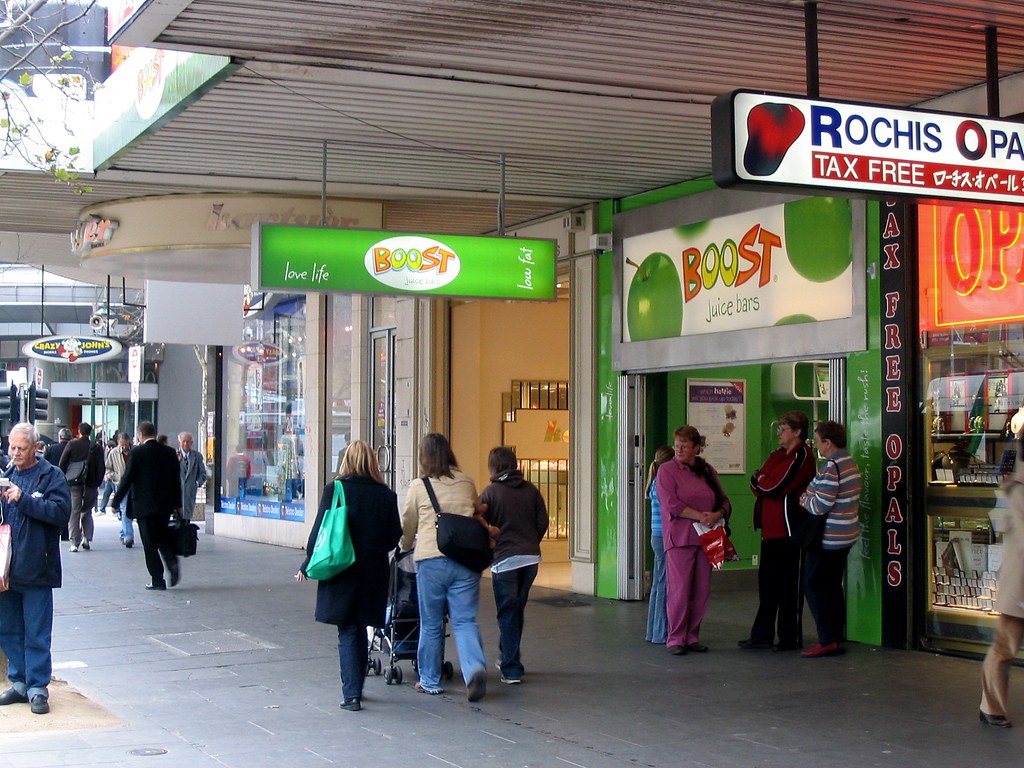 Manchester Lane. Not so different from today. 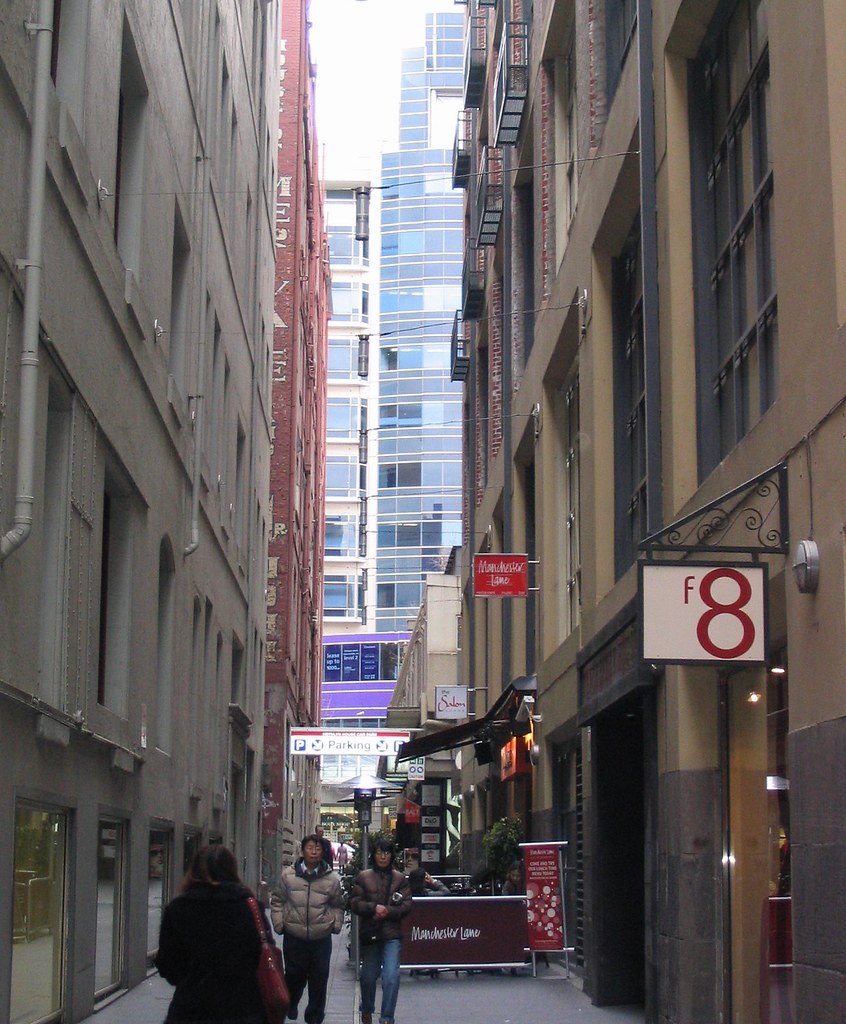 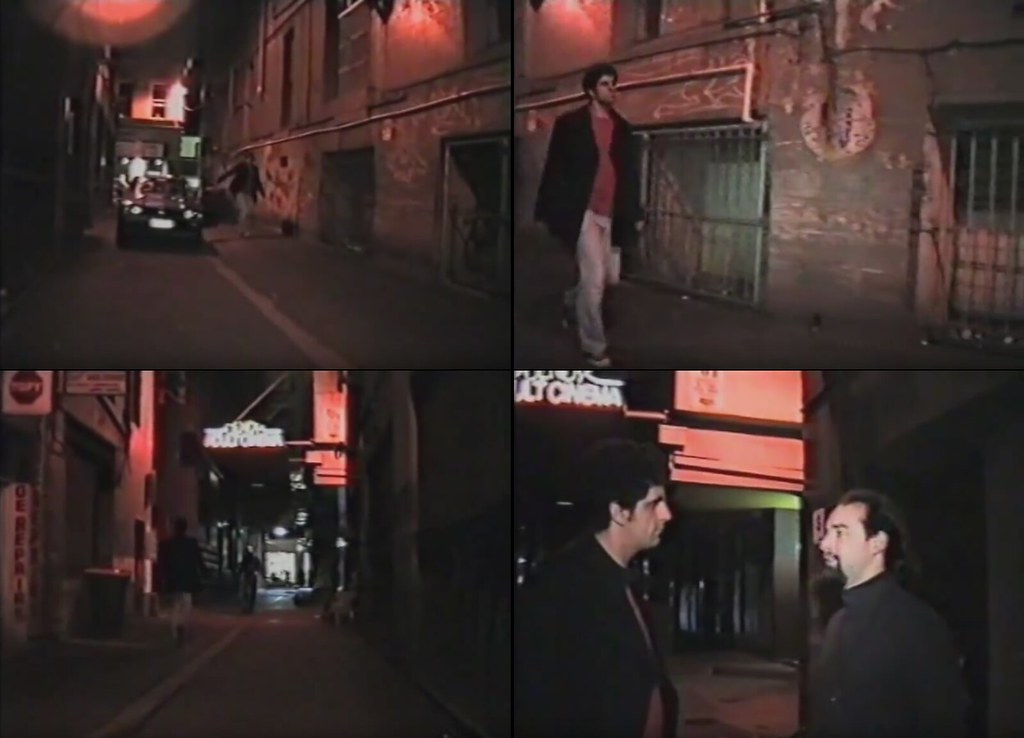