Come Monday morning, the busiest bus route in the state will be in the southeastern suburbs — with more passengers and buses serving it by a long shot.

And it doesn’t even have a route number.

What is it? The Frankston line rail replacements from Moorabbin to Caulfield, over 37 days and nights from tonight at 9pm.

I compared PTV bus route stats (the latest available, sadly, are from way back in 2011-12) and tried to work out the number of buses in service at peak times, based on the timetabled round trip and frequencies. For the Frankston line bustitution, the LXRA have said around 100 buses will be used, maybe more.

But how many passengers? Well the 2013-14 train passenger figures are 38,440 entries per weekday. I’m assuming half those people use the buses (similar to an LXRA estimate from earlier in the year), but that each of them does so twice a day. A wild guess, perhaps, but let’s go with it.

So based on that, here’s how the busiest routes stack up against the forecast loads and buses for the rail replacements: 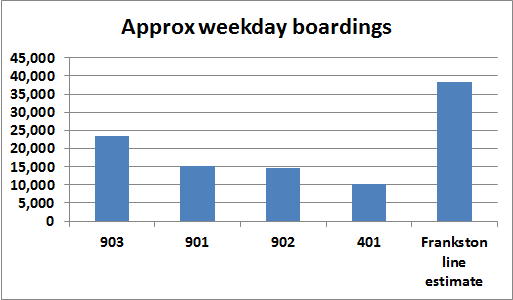 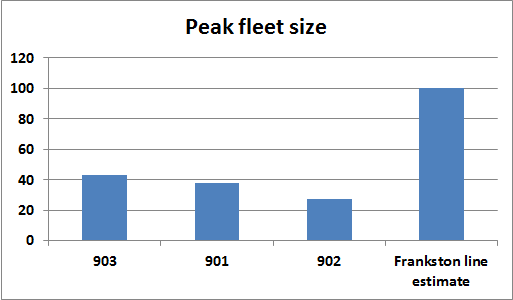 Apart from bus drivers, the Frankston line bustitution also has a significant number of despatch staff, and customer service staff (at least two at each stop).

It’s worth noting that the Smartbus routes are far longer than the 401 and the Frankston line bustitution, which are a short sharp concentrated burst of activity. 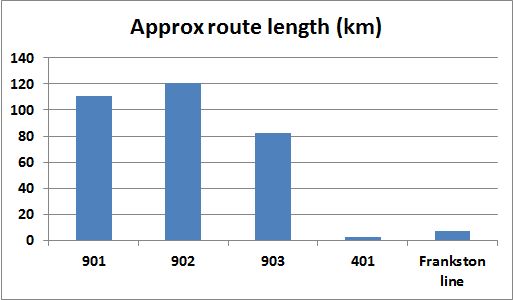 (Skybus is another contender for busiest/best served route. The estimates for this are pretty hard to come by, but at a wild guess weekday patronage is perhaps around 8000 per day.)

The operating hours on the bustitution route match those of trains: until midnight, and all night on weekends… which is why it’s baffling that they still haven’t fixed the part time bus zone at Patterson. 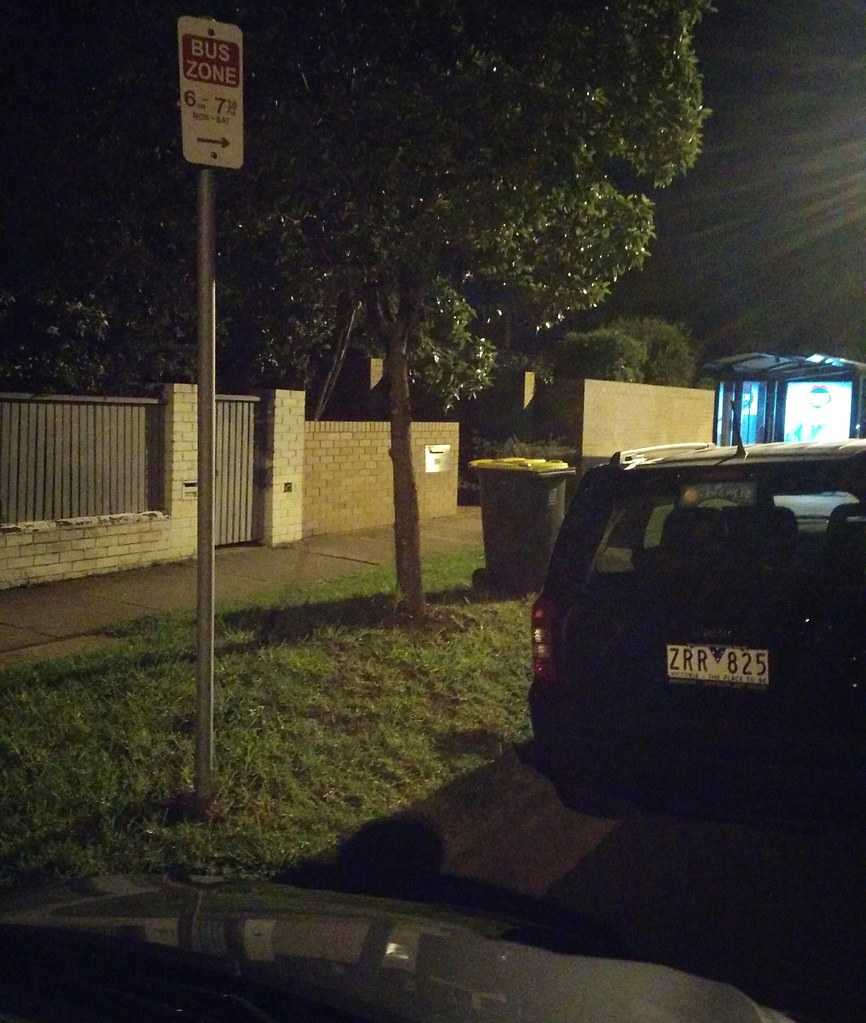 The works during the 37 days are significant, and the disruption is being described as the biggest rail shut down since the City Loop was built more than 30 years ago.

Some train passengers will jump ship to the Sandringham line… it seems Metro has managed to squeeze an extra service on that line to help cope with loads.

The buses will be split during peak times into express and stopping routes, with the stoppers along Jasper Road as before, but the expresses along Thomas Street/Bambra Road — hopefully helping the whole thing run more smoothly. Of course the impact of 150 truck movements per hour on nearby roads during the first ten days will have an effect. 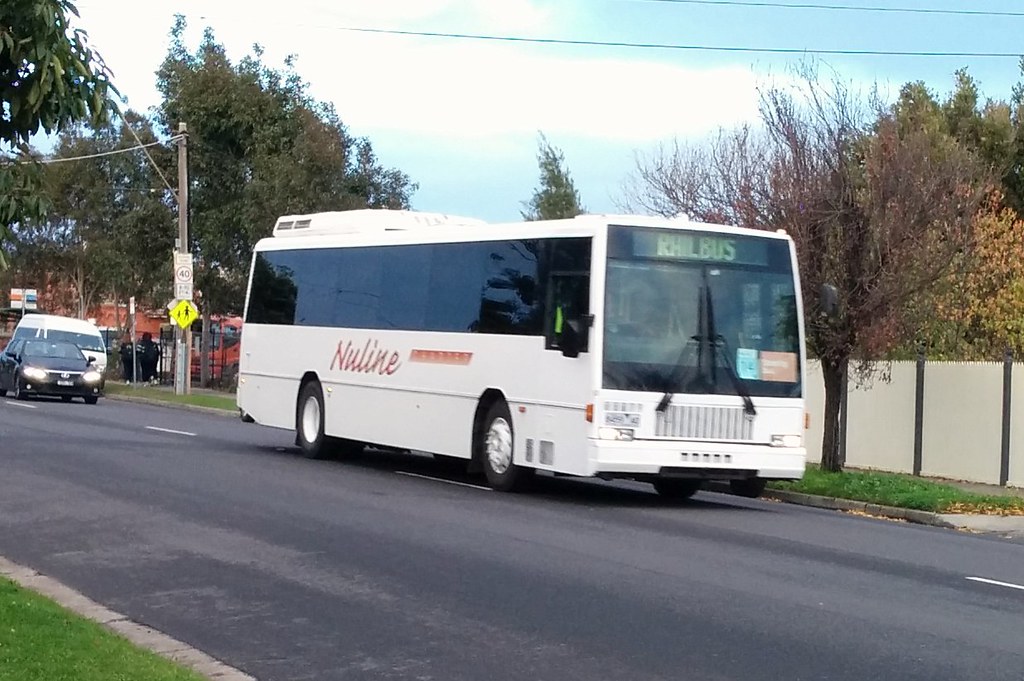 Given the number of buses required, clearly the bus companies have found any buses they can — there are a lot out there with no Myki readers (the buses are basically free to ride), and I’ve spotted high-floor non-accessible buses in service (not necessarily a problem as long as accessible buses are plentiful).

The first two weeks of operation are during school holidays, but there are three weeks of “normal” weekdays, which is when the buses will really be tested.

It’ll be great when it’s all over.

But in the mean time, brace yourself, fellow Frankston line users.

Not looking forward to this period at all. Haven’t been able to find any reference to it on the Metro app

Daniel
I think your link to the Sandy line extra trains should be:
http://ptv.vic.gov.au/live-travel-updates/article/sandringham-line-temporary-timetable-alterations-from-monday-27-june-to-friday-29-july-2016

I didn’t realise it until now, but they’ve also timed bustitution to start just as the last exams finish up and the 4 week winter break starts at Monash University’s Caulfield campus, so I expect it shouldn’t be too busy on bustitution until the 25th of July when Semester 2 comes back.

During the day, Bustitutes are timetabled to leave Moorabbin at exactly the same time as the train arrives.

I can commute on the Frankston or Cranbourne/Pakenham line, but I have been using Frankston lately, purely out of curiosity (and increased chance of seat). The works are impressive, especially the new mountain they have built in Ormond (the spoil heap from the excavations).

“150 truck movements per minute on nearby roads”??? I expect we’ll be reading about this on a later blog entry?

@Wayne, you should see details in the Metro app under Planned Works for each line.

@nick, I wouldn’t pay too much attention to what’s shown in the timetable. In practice there are so many buses (because of the crowds involved) that they despatch buses as people fill them.

I keep seeing this closure dubbed the biggest rail shutdown since the City Loop, but wasn’t the Upfield line closed for almost 6 months in 1997 to allow construction of City Link?

[…] Most of these replaced existing routes, but they’re now some of the busiest bus services in Melbourne. […]