You’ve probably heard all about this by now.

Guys this is the true crime story of the decade:

Yesterday a friend told me what might well be the best story I’ve ever heard. She had caught the train in from Frankston. And while she was waiting for the train to come, she noticed a man sitting down on the platform with a bag of fish and chips. But he wasn’t really eating them. He was just sort of letting them air.

This attracted a few seagulls, who began to circle the platform. Instead of shooing the birds away, the man offered them a few chips. He’d toss one a foot or so away from him. It was like he was beckoning them to come closer. He kept doing this, eking the chips out slowly, until there was a big group of seagulls in front of him, 15 or 20. A tiny army. He’d throw them a chip every now and then – just enough to keep the birds interested, but not enough to sate them. It was frustrating. They were getting angry. Squawking. It was like he was rearing them up for… something.

Then the train came, and everyone got on. But the man stayed on the ground with his chips. Just when the train was about to leave. It happened.

The next train stop was five minutes away.

It’s a great story. And as I recall, there are certainly plenty of seagulls around Frankston station. 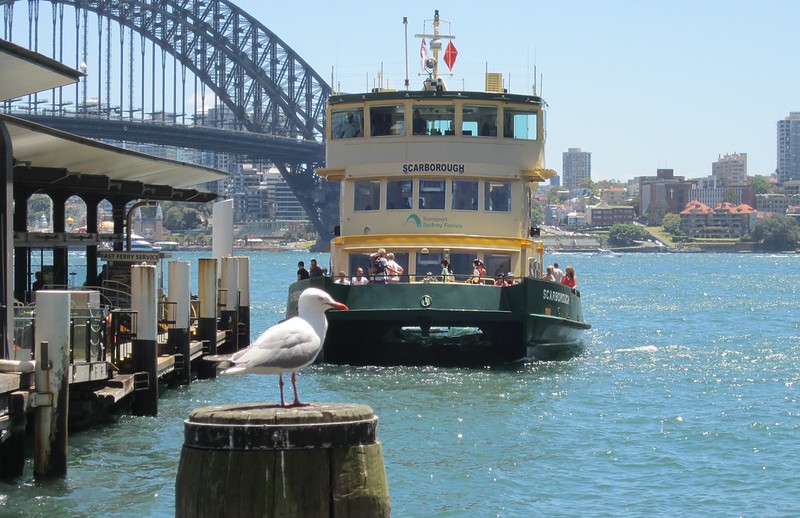 Note: this is not one of the alleged seagulls. Nor is this Frankston station.

You can call me a cynic if you like, but apart from the fact that it’s being told second hand, there are a few holes in this story that leave me doubting it’s true.

I’m prepared to be proven wrong, but I suspect it’s all fictional.

Enjoy your weekend and remember if you’re out and about…be safe around seagulls (and trains) #UrbanMyth pic.twitter.com/1yqaecPDVq

11 replies on “The seagull incident”

CCTV footage should reveal the truth.

The only way to know the doors were about to close is from the audible signal and the time from that to when the doors are closed is too short.

I like how PTV or Metro just said they won’t released CCTV footage until someone can provide an exact time and date.

An understandable response, and also a way to completely ignore the incident.

I’ve never seen a seagull at Brighton Beach station in 25 years. And it’s closer to the beach than Frankston station.

If there was a miscreant on board (of the human or seagull variety) one can usually filter through to the next carriage.

I do note that there’s a 33% chance of being stuck in a dead-end (at the end of a 3-car set), but I think it’s not too hard to get past some seagulls.

Completely irrelevant to the seagull saga:
Don’t know that you have mentioned it before but at the top of the escaltors for suburban and platform 15/16 unless you go outside the barriers you have NO IDEA where you train will be departing from either.
ie: You come in on a suburban service and want a Geelong train….No guarantee it is departing 15/16

That is typical of PTV.

As for the Seagul issue. If the prankster was to listen to announcements ‘this train is about to depart’. would he have time to pull off the prank?

I’m an ex train driver at Frankston. There are many seagulls that scavenge through the carriages. Once they hear the doors closing, they get out.

On a couple of trains where the tones don’t work, a few seagulls have been trapped until Kananook station.

Sometimes the train has to sit at Frankston with the doors shut prior to actually departing.

I believe this story is possible.