From Friday (January 1st) it seems a bug got into the Siemens train automatic announcements, probably associated with the timetable changes which took effect on that date.

Since then, the trains (unless the driver turns off all of the auto announcements) will remind you to “Mind the gap between the train and the platform” with quite staggering regularity.

Here it is in all its glory, when approaching North Melbourne — twice within 20 seconds:

Doesn’t seem so bad? Imagine a train trip through 20 stations. It might get a bit grating after the 40th or 50th time.

The consequences should be obvious. On a short trip from Footscray to Flinders Street (five stops) we heard the announcement some twelve times. I’m sure I wasn’t the only one to tell Metro about it as soon as it appeared on Friday morning.

"Mind the gap between the train and the platform" auto announcement 12 times between Footscray-Flinders St. 2549T. @metrotrains #TooMuch

It’s not that the “Mind the gap” message is a bad one. Safety is important, and greater awareness can help people prevent accidents, such as the death of Mitchell Callaghan in 2014.

“Effective frequency” of messages seems to be an inexact science, no doubt highly dependent on context, but there comes a point whereby repeated exposure to the message is wasteful, and in this case, simply irritating.

I suspect it also undermines confidence that the automatic announcements are doing their job, and are accurate — just like when they persistently announce the wrong stations, which is a common occurrence on Siemens trains. 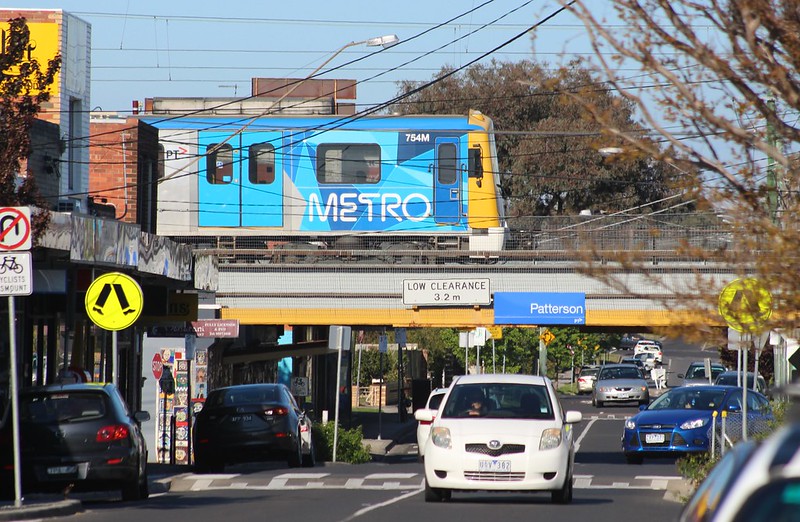 On Friday I overheard two drivers discussing the problem, remarking that it was “driving people crazy”.

And it appears some drivers have taken to turning off the announcements altogether, which fixes the problem but means those (such as the visually-impaired, or those who have difficulty seeing through window advertising) who might rely on audible station announcements are disadvantaged.

After numerous complaints on Twitter (and no doubt elsewhere), on Monday Metro finally publicly acknowledged the problem, and said it would be fixed in each of the 36 trains, while they are not in service over coming days.

By Tuesday evening, a third of the affected trains had been fixed.

We've fixed 12 of the 36 trains with excessive 'mind the gap' announcements. Our apologies for any annoyance that this may have caused. 1/2

We're currently working on fixing the remainder of the trains with this issue. Thank you for your patience. 2/2

For those of us travelling regularly on the lines served by these trains, removal of the repetitive warnings will be very welcome.

I suppose on the bright side, at least those who have had to put up with it (or heard about it via the media) have been exposed to the safety message.

Funny, I kept hearing these announcements and didn’t realise it was an error. Nor did I know that it only affected one type of train. Thanks for keeping us informed.

There is a risk that passengers might get a “warning fatigue”, and those reminders get ignored.

Oh thank god it’s a mistake being that frequent, it’s driven me nuts the last couple days. Currently on the train and have heard it too many times already!

“Mind the gap” is not an announcement that needs to be made between stations at all. It should only be made AT stations, as on the London underground, whether from the train or the platform speakers. I’d rather they spent some efforts actually getting the current announcements right rather than adding additional announcements. The failure rate of the automatic announcements is the highest I have experienced in any city in the world. I’m sick of seeing the scrolling display stuck at the wrong station. I can only imagine how difficult it makes a journey for hearing or visually impaired passengers. Also, the excessive focus on providing connection information, which can be ascertained from on-board maps, means that there is not enough focus on providing routing information and stopping patterns. Including announcements and visual displays about express running at appropriate points and loop/direct running at stations such as Richmond and North Melbourne would be far more valuable to passengers than providing all the information about connections.