I love a bit of local history, even if it’s fairly recent.

For my fellow Bentleigh peeps — as part of the level crossing removal project, the old underpass into the station has been partially uncovered. 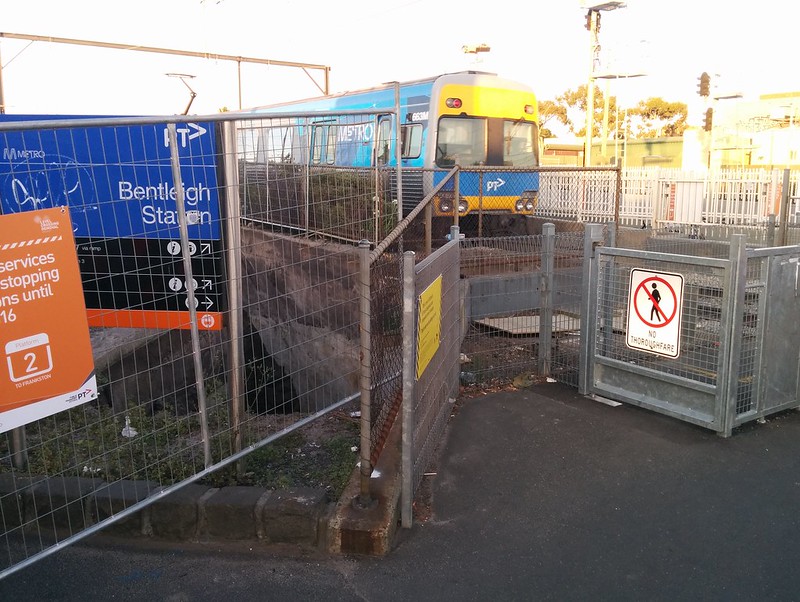 It looks to have been a similar layout to Mckinnon: steps straight to the street, as well as a (probably non-DDA-compliant) ramp parallel to the tracks. 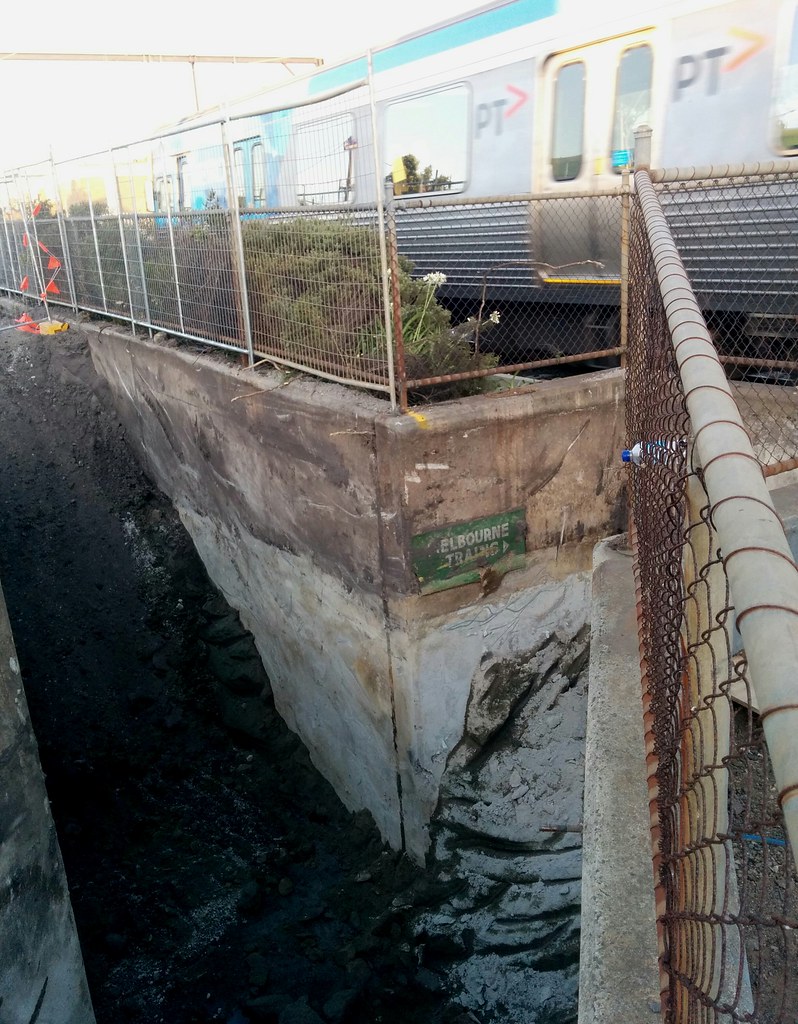 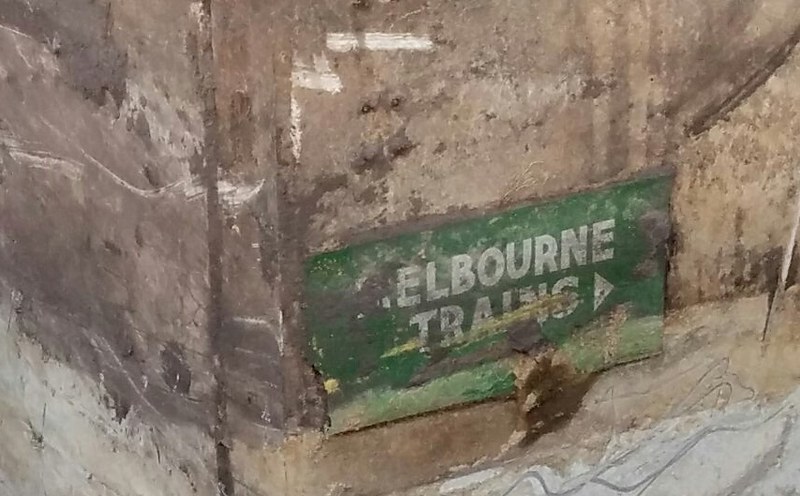 The underpass was filled-in in 1996. In 2005 then PT minister Peter Batchelor said “it was closed because of some deficiencies in its design, because it had problems with flooding when it rained and it had other operational issues”.

I don’t know if perceptions of risk of crime were also an issue, but despite calls for it to be re-instated, it never was… but with the entire crossing being grade separated, it hardly matters now.

Others were filled-in over the years — Yarraville is a particular one that springs to mind as now causing long delays to pedestrians. At North Williamstown, the underpass was filled-in just last year. At the time, the government claimed it had to be done to allow installation of pedestrian gates.

For those that aren’t being grade separated any time soon, it would make sense to look at whether the underpasses can be brought back into service.

2 replies on “A little Bentleigh history has been uncovered”

“The underpass was filled-in in 1996 … because it had problems with flooding when it rained”.
There is a similar issue with the pedestrian underpass at Brighton Beach station. I wrote to our local member, Louise Asher, about it flooding after moderate rainfall. She responded it floods because of high tide at the beach!

Yep it was very similar to the McKinnon design, but unlike McKinnon there was no at grade option over the pedestrian crossing to the reach centre platforms to provide a second option during flooding, late at night etc