Another in my series of photos from ten years ago: October 2005. This time around, they’re pretty much all personal.

Ten years ago this month I moved into the house I bought in Bentleigh.

All the computer gear, ready to leave the old house. Every last bit of this has been replaced, including the desk. 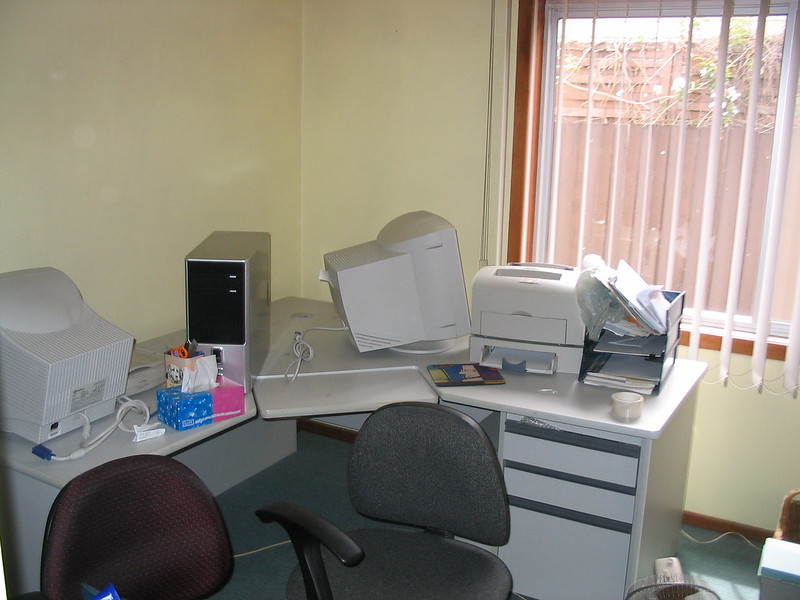 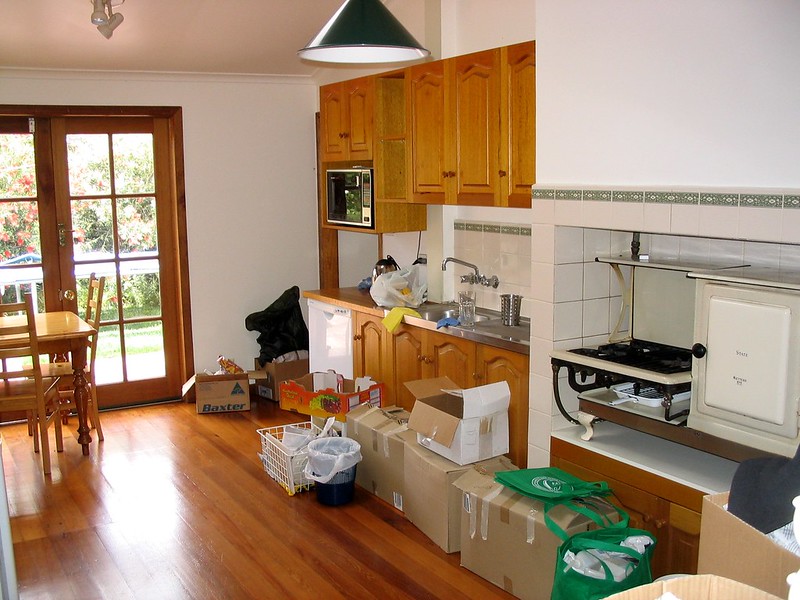 Here is a younger me, at the end of day 1, tired, slurping back a refreshing but sugary caffeine-loaded drink. 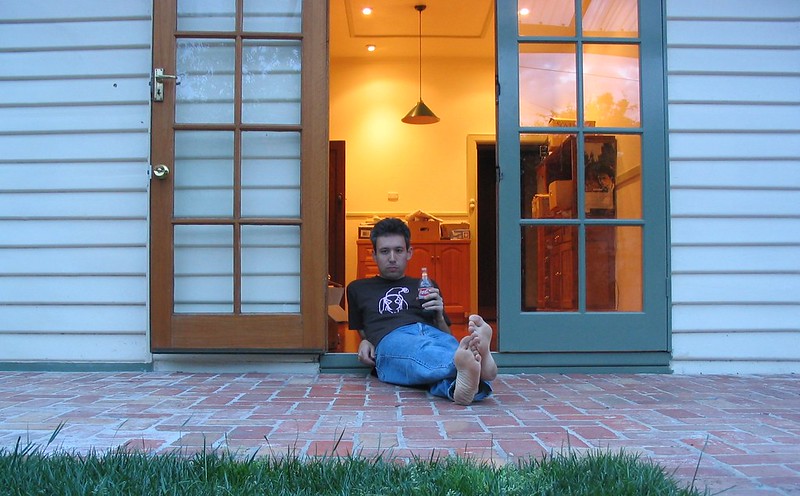 Day 2 was the big stuff, with the professionals. Gronows in St Kilda are still around, now over 100 years old. 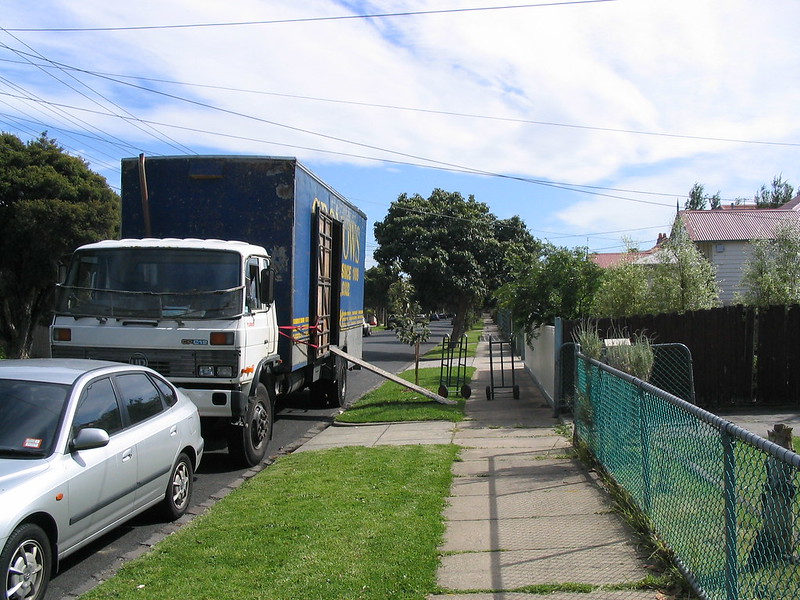 Earlier in the month I’d fired up my old BBC computer, I think for the second last time. (It got given away a year or two later.) I showed the kids “Podd”, where you could type in a word and Podd would do the action… I also dug out my old Ultima clone so I could write about it, and later on transfer it onto a PC-based BBC emulator. 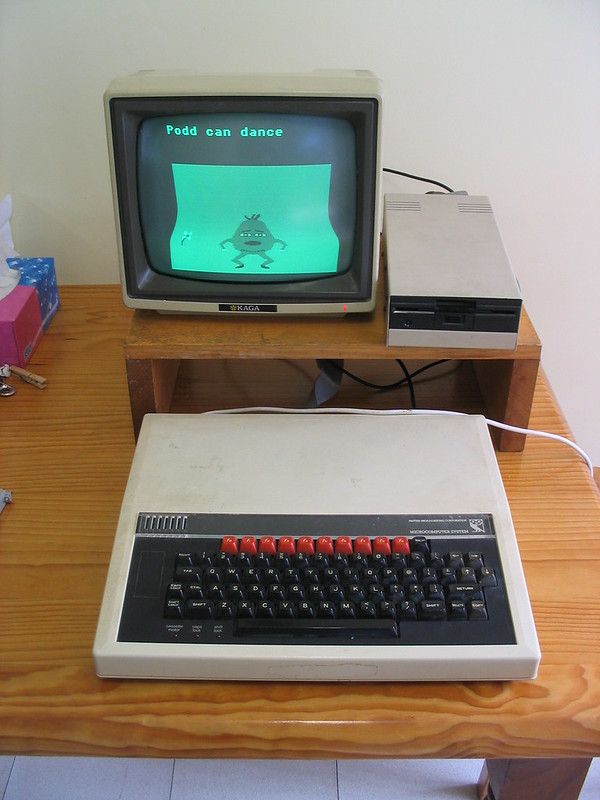 Inside the Beeb, showing perhaps a decade’s worth of accumulated dust. Normally there wouldn’t be chips stuck to the lid, nor a second deck on top of the main board. The latter provided “sideways ROM” (allowing a humble 64Kb computer to swap in and out 16Kb blocks of ROM, such as languages other than BASIC) and “sideways RAM” (allowing those images to be loaded from disk as well). I’m not sure what the board dodgily stuck to the lid did. 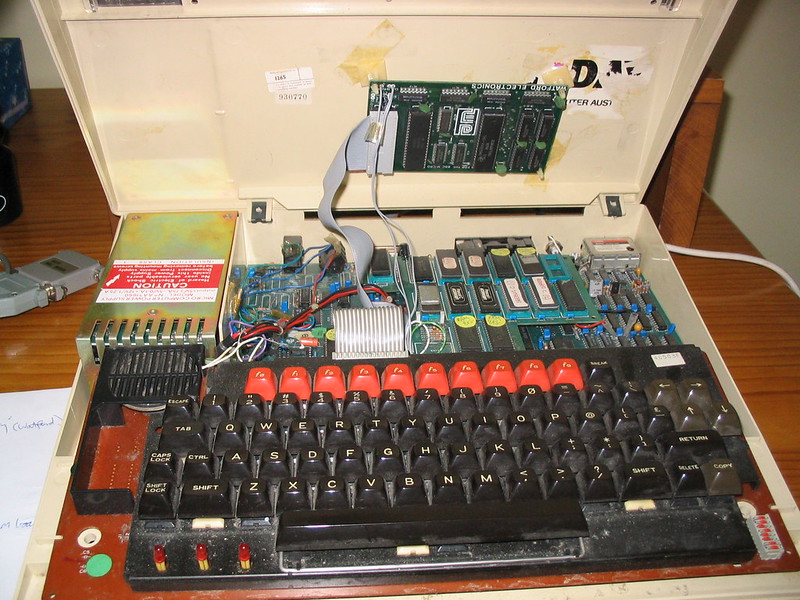 Also in October 2005: a PTUA push for trains every ten minutes. That particular idea has started to come true.

One reply on “Ten years ago this month: moving day”

Ha! I was in the same flat from 2002 to 2015. Could never save for a deposit or anything as I was out of work for at least six months of the year.

My high school had BBC Micros that I used from 1989 to 1994. Was a country high school but all their computer stuff has now since been replaced by an industrious headmaster.

The museums are looking for help keeping them going now
http://www.theregister.co.uk/2015/06/30/your_nmoc_wants_you_folk_needed_what_can_fix_bbc_micro_comps/