Bourke Street (at Swanston Street) tram platform stops just being completed, it looks like. Note the old “The Met” tram stop sign — in a mix of brands with the then-new Metlink and Yarra Trams. The realtime display must have been pretty new. And of course, lunchtime trams were crowded some ten years before the Free Tram Zone was instituted. 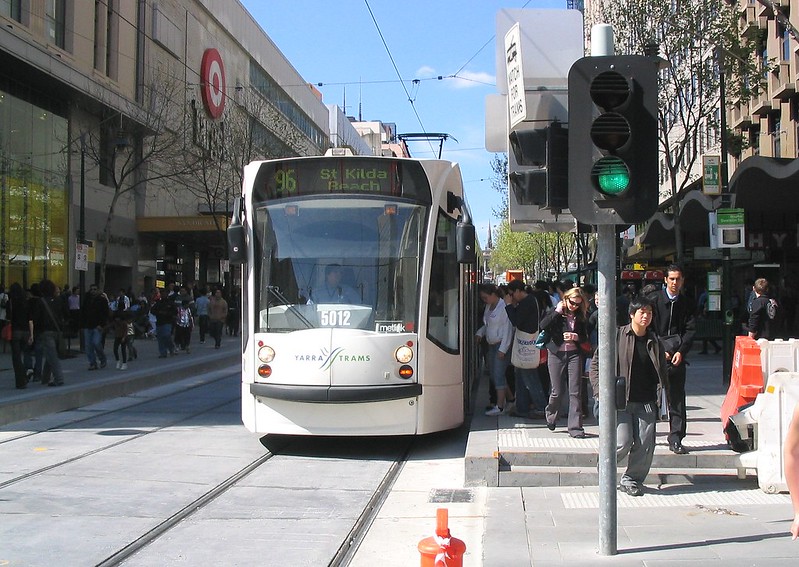 Ditto Bourke Street (at Elizabeth Street). At the right, St George Bank has since been bought by Westpac and rebranded as Bank Of Melbourne, but is still in that building. The same building has a Kathmandu (which is moving to the Galleria, at left, this summer). You can also see a glimpse of an Angus And Robertson sign — they’ve since departed. This tram stop (and some others) later needed to be rebuilt to modify the height for level boarding. 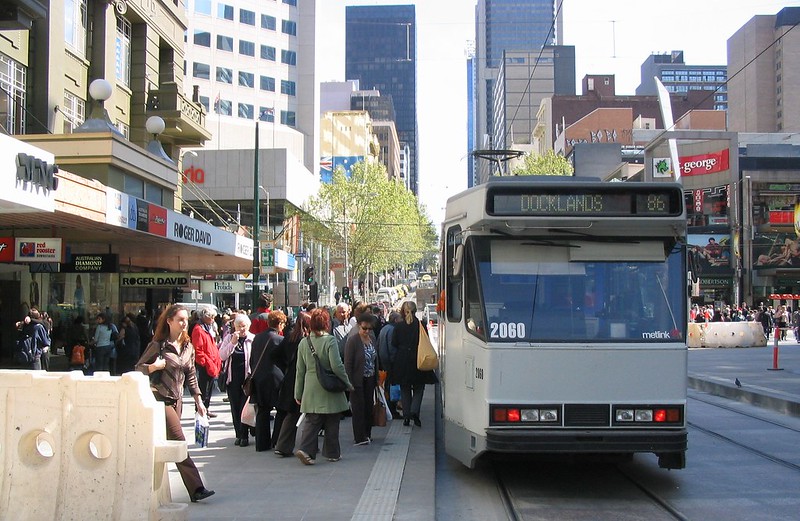 One morning walking to work I spotted this at the Old Treasury Building, aka the City Museum. Some kind of revolutionary demonstration? No, just filming on the steps. 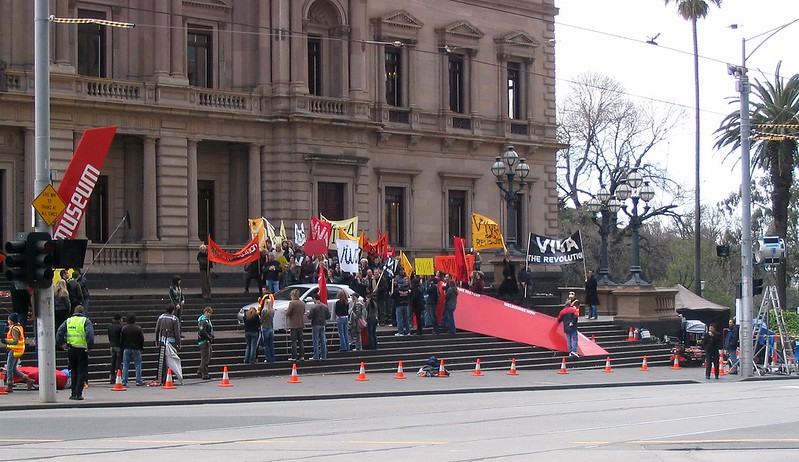 What were they filming? This Holden Viva car commercial:

I’d won the footy tipping in 2004… here I am handing over the trophy to Rob for winning, on Grand Final Day 2005. These days of course the One Day In September is now in October. I won again in 2014, but Rae won 2015, so I’ll be handing the trophy back on Saturday. (Pic by Tony) 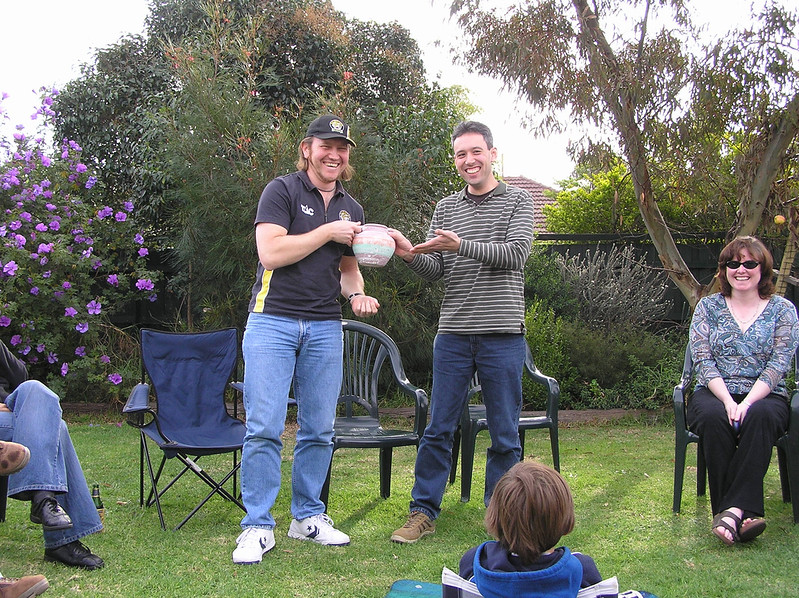 Gog and Magog. I used it for this piece of amusement, and also in this piece on the Free Tram Zone. 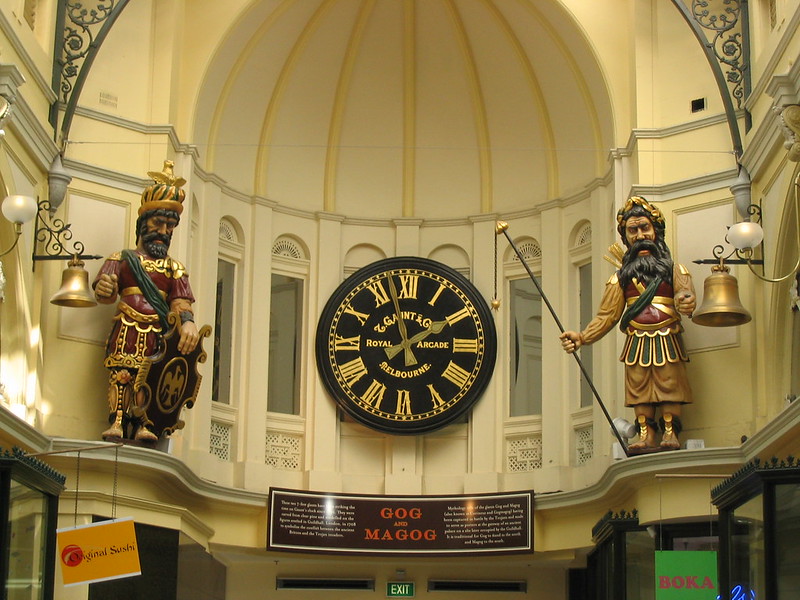 I like your photo of the demonstration for the advert. On the actual advert there appears to be a lot more people there. I guess that’s the trick of the camera or photoshop

I was many years before I realised that Magog was not a woman.