If you catch a train towards Geelong, just after Deer Park, where the train branches off the Ballarat line to head south, you’ll see a great view of the city on your left. 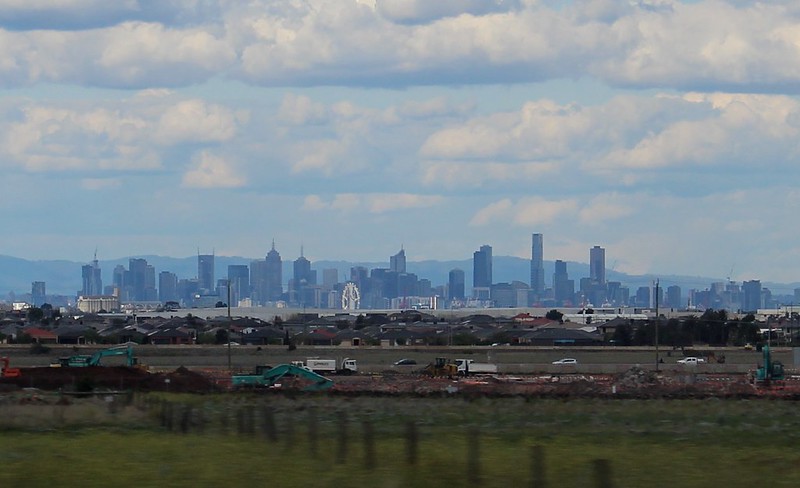 Against the bluey-grey skyline, the wheel stands out of course, as do the silos in Kensington-ish. In the foreground is lots of housing from the Derrimut area, and obviously construction going on.

I should probably try it again with a telephoto lens.

By the way, new Prime Minister Malcolm Turnbull made a point of talking about the importance of cities while announcing his new cabinet today. Jamie Briggs was appointed as Cities And The Built Environment Minister.

3 replies on “View of the city from the outer west”

Great photo as usual, with Melbourne Eye in front of the city.
PS Saw you on an advert for Nine news last night, promoting today’s feature story at 6pm

The Ford factory is next to Upfield Station. That land is perfect for the much needed Coburg High School.

You could probably even put a university campus there. Swinburne Uni I think does not have an oval or basketball courts.

There is a song about the Melbourne Eye now, when it was written it was still broken
https://charlesjenkins.bandcamp.com/track/melbourne-eye