I’m aware that my blog has evolved… these days most of the posts are about transport, reflecting my current interests.

I wonder if this is a bit dull for those who have been on the old Toxic Custard mailing list, which is the descendant of the humour-based email list I started while at uni.

Yet transport posts get by far the largest number of comments. Hmmmm. 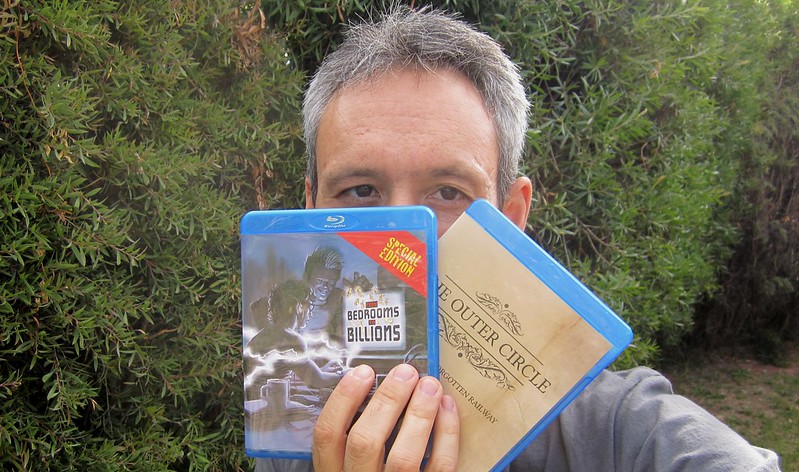 Bedrooms To Billions — the story of the beginnings of the computer game industry, from the perspective of UK developers. In the 80s, the first games were written by schoolboy (mostly boy) coders with cheap computers in their bedrooms, manually copying tapes and sending them out by post. I was in that age group, and tried to write my own games too…

I knew much of the story, but the extensive interviews with those involved at the time made this really interesting, especially the first half or so.

I probably got a bit carried away: I contributed enough money that you’ll find my name in tiny writing in the credits somewhere.

Well worth a look if you’re into retro gaming.

The Outer Circle — Melbourne’s forgotten railway — many would know that the Alamein line and linear parks and bike paths are all that’s left of a line which once ran from Fairfield via Camberwell to Oakleigh.

This documentary manages to have a lot of detail in it, without ever being dull, and has some terrific accounts from actual users of the line, as well as archival footage and photos. I for one had no idea that John Monash built the line. Well worth catching.

I’m pretty happy my contributions helped these two get made.

I’ve since donated to the sequel to Bedrooms To Billions, and I’ll be on the lookout to see what others get proposed which are worth a look.

Back in the mid-70s when Monty Python was developing The Life Of Brian, they got a sizeable contribution of funds from George Harrison, because he “wanted to see the movie”. That’s not an option most film makers have, of course.

Crowdfunding is something that has probably only become practical since the spread of the internet. The long tail of interests means a special interest group like this can reach the numbers of people necessary to make it viable.

It’s nice to see technology being used in this kind of way — something that would have seemed unimaginable just a decade or two ago.

Yes, I can see why George Harrison didn’t fund the Outer Circle railway film. Good on you for supporting it. A good outcome for your donated hard-earned-cash.

As a curiosity, is there any accountability with crowd funding? Is it possible for the beneficiary to “steal” the funds and disappear with the donors assuming that the project didn’t get off the ground?

I’d like to see an “Outer Circle” railway film sequel about the Rosstown Railway – what a crazy saga that was!
Don’t think anyone is still alive to be interviewed from the era – but would be great to watch.

I also contributed to the Outer Circle doco. I really wished I had not walked the old path and learnt so much about it before seeing the documentary as there was little I did not know. Nevertheless, I enjoyed seeing it and personal accounts were interesting and it is great that it has garnered such interest and good attendances where it has been shown publicly. I’ve not heard the makers mention the Rosstown Railway, but I know they are thinking about the Inner Circle line, which would also be very interesting.

I contributed to the Outer Circle Line documentary. The makers are very responsive on social media to comments. They are hoping to do the Inner Circle line in the future.

Also Charles Jenkins did a entire album of songs about Melbourne and had a talk before his last show with a local historian about the “Marvelous Melbourne” era
https://charlesjenkins.bandcamp.com/album/the-past-is-never-where-you-think-you-left-it

I went to see him at the reading room show at the Fitzroy Town Hall last year http://photos.timchuma.com/gallery3/index.php/Charles-Jenkins-AH-10-07-14/

Must admit I miss your old posts – you had such a unique perspective on aspects of life most people gloss over.

I do appreciate your passion for Melbourne public transport though, it just isn’t entirely relevant to me so I only visit once every couple of weeks (years ago was amongst the bunch of tabs I auto-open on the way into work).