Not much to report. Breakfast at Darlinghurst’s Jekyll & Hyde — which was a bit meh. M’s order came with unwanted eggs, which I adopted. Afterwards I realised it was one of the breakfast places I’d ruled out because some of its Urbanspoon reviews didn’t sound that great (though it had a respectable score of 89). I’d happily go back to The Bunker or The Royal, but not this one.

After that, packed up, got a taxi to the airport (M had a Cabcharge). The traffic was okay, though going the other way it was jammed up due to a crash.

Got to the airport in plenty of time. Checked-in the night before online, and used a boarding pass on my phone for the first time. Flight and Skybus/train back was uneventful (though I must remember to walk to the Qantas Skybus stop in future to save time) — back home by mid-afternoon Sunday. 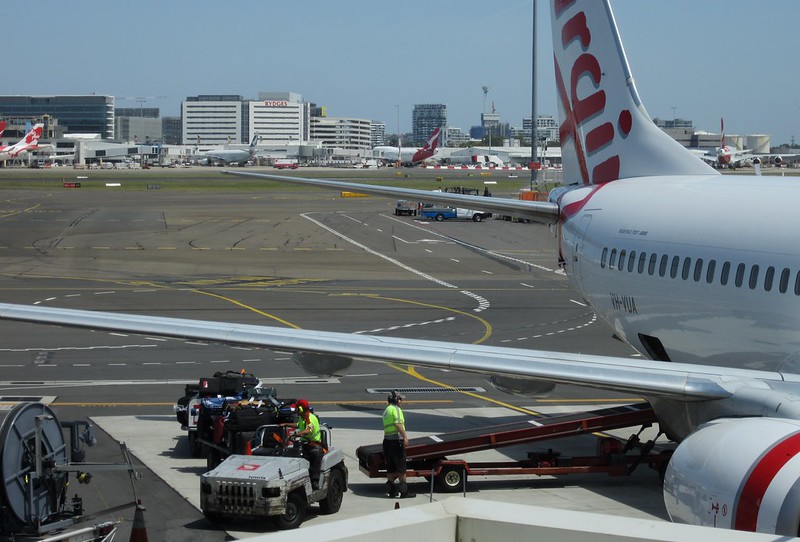 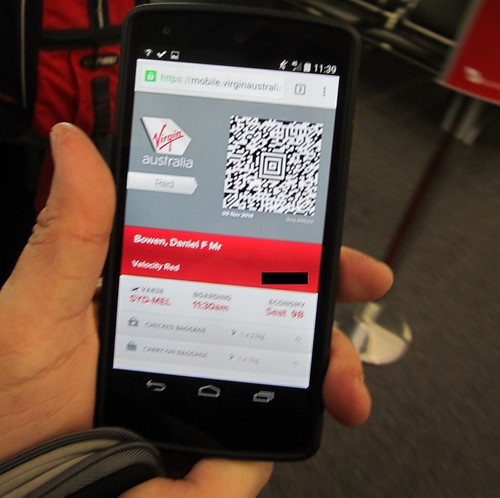 Long-term blog readers would know I’ve taken a few short 4-5 day breaks over the years. I quite like that style of holiday.

You’re not going to see everything, but you’ll get a good taste of a place without having to organise things like laundry.

I like having a few things planned each day, but nothing absolutely essential, and the flexibility to change things around — add stuff if you find there’s extra time, skip things if it feels rushed.

I’m also a fan of the centrally located hotel. It’s good to have a base that’s close to the action, making it easy to stop back past there during the day if desired. Walking distance to a supermarket and cafes/restaurants is also a great thing for breakfast and dinner. Hotel breakfasts are often an option, but generally quite expensive compared to a local cafe.

In our case, this time the hotel wasn’t right in the CBD ($$$), but a very short walk from a nearby railway station that has frequent services — every 10-15 minutes every day until midnight — and as often as every 3 minutes in peak hour.

Which brings me to some random thoughts on Sydney’s public transport system, which we used fairly extensively while visiting. (See here for the blog post all about the Opal card.)

The trains have impressive capacity. They never seemed too crowded, though our use was mostly outside peak hour, and I did see other trains passing that looked pretty packed. (It’s unclear if double-deck trains overall can carry more people, due to generally slower dwell times — see this ABC Fact Check article).

The rail network as a whole seems very staff-heavy compared to Melbourne. Guards on trains, and on one platform at Central in peak hour I counted about a dozen staff… to assist with boarding?

It’s a shame the City Circle direction isn’t shown on train maps. That would have saved me some time.

The buses are extensive, and at least in the inner-city, are impressively frequent. But as noted, they often duplicate train routes, and at key locations such as Bondi Beach, are clearly inadequate for the task they’re given.

The ferries were a lot of fun, and quite practical given the geography (the same reason they don’t really suit Melbourne) though I suspect some routes are much more economically viable than others. 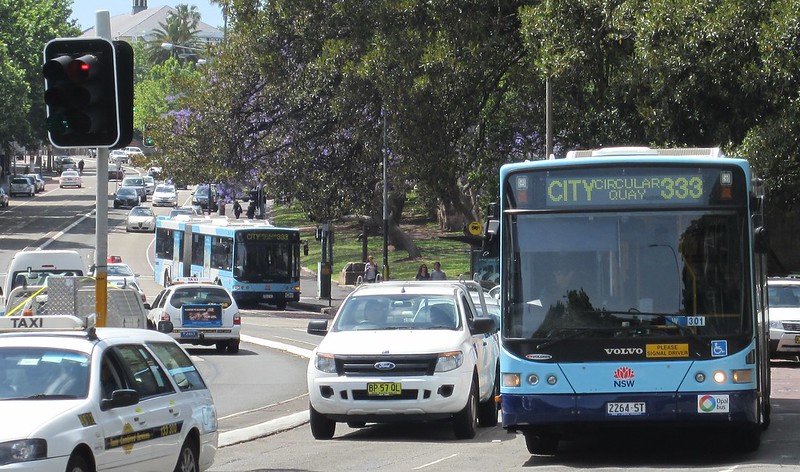 The new(ish) numbering of all modes and routes is interesting, and makes it much clearer when trying to remember which route you have to take, rather than memorising a lengthy line name (eg line T4, rather than the Eastern Suburbs & Illawarra Line). At present there’s still a fair bit of confusion with inconsistent signage though. And it does result in some slightly confusing overlaps with F being used for ferries and freeways, and T being used for trains and airport terminals. It’s all about context I suppose, though a sign mentioning T1 and T3 at the airport that appeared to be pointing down to the trains threw me momentarily.

Airport rail is terrifically convenient, thanks to it being fast and frequent. It’s expensive given the surcharge, but even at that near-exhorbitant price, I’d rather have it than not. Being able to get to a major destination such as the airport without being at the mercy of traffic is a godsend.

The monorail is gone. I used to ride it as a visitor, but honestly, can’t say I miss it, and nor do I suspect does most of Sydney.

I really enjoyed Sydney… again. Can’t wait to go back!

The city circle runs both ways. Two tracks, one in each direction. None of your weird Melbourne nonsense here.

Trains from the airport always run the other way.

Trains from the Bankstown line can go either way.

Always good to hear your holiday antics – hope you have many more to report in future (Cockatoo Island sounds like a real find I never knew about)
With regard Airport rail, (assuming you didn’t have a Cabcharge) would it have been cheaper for two people to catch a taxi from the city compared to two fares? Do you know if the route is “profitable” – difficult to define, I know.
thanks

Sorry I missed most of your posts about your trip to Sydney.

I have only just returned yesterday morning on the Spirit of Tasmania from a 8 day trip of my own, and almost never had internet access for the whole 8 days. Tasmania was fantastic, and caught an interesting news article about improving the bus network on the Island state.

Although I admit I was ‘back seat driving’ all of the time. Caught a family ride when a seat would otherwise be empty.

I prefer not to fly, unless I have no other choice. My carbon footprint is important enough to me, although I have flown and will fly at times.

Now back onto your Sydney trip, I have only had a quick look, but looks fantastic. Hope you had a fun time.

Would you say that Sydney is safer with guards on each of the trains?

G’day Daniel. Don’t know if you’ll even read this, as it’s been so long since you posted the article about the final day of your Sydney trip. I loved reading about the trip and seeing your marvellous photos because it brought back some memories. Although I grew up in Sydney, I moved out of the metro area in 1994, up to the Central Coast, then spent 6 months in Queensland 2000-2001, back for another 2 years on the Central Coast, and since then I’ve been living in Adelaide. The last time I was back to Sydney itself was last November for a two night visit to be a surprise attendee at my brother’s 70th birthday – a wonderful nearly-6-hour lunch at a terrific Greek themed restaurant at Darling Harbour. And I used Access Taxis for all my travel while I was there.

It’s probably not the main reason there’s a bit more staff in the Sydney Rail system than you’d expect, but because the system keeps its ramps for wheelchair users at the station platforms, they might need a few extra bods to manage getting folk on and off. Certainly back in 2001 they could have done with some. Particularly when shifts were changing.

I was also interested in your write up of the Opal system. I’ve never had to use it, of course, so it was nice to find out about it from someone with a transport background, as it were.

And given that background, I’d be interested to see you do a similar analysis of Adelaide’s Metro Card system, should you ever get the chance to visit here again.