For this month, I don’t have very many great photos of interest, but here goes…

We must have been on the way to Marita’s house in Footscray. This is the Footscray Road intersection with Citylink, back when there was a level crossing underneath the tollway, where slow freight trains used to run in and out of the port. Cars, buses and trucks would only occasionally have to stop for the infrequent trains, but when they did, you were often in for a long wait. Eventually they built an overpass further west, relocated the freight line, and removed the level crossing. 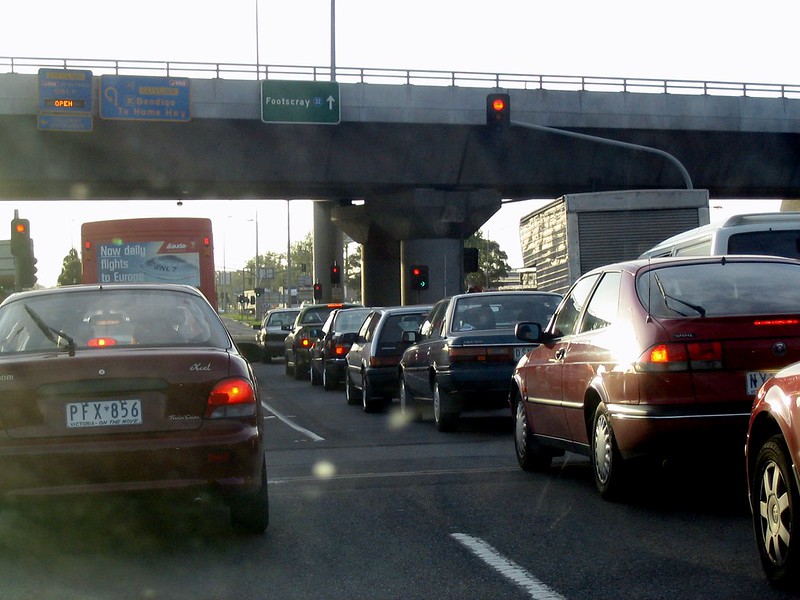 (Hmm, I wonder if building the overpass was seen as essential given Footscray Road’s status as a Westgate alternative route?)

During my time as PTUA President, there were actually very few still photos taken of me. More often it was video for TV. Here is probably the best picture that made it into print, for a Melbourne Times article. It was snapped outside Melbourne Town Hall, in a slight drizzle, back in the days when I wore a tie to work. The article itself, written by Walkley Award-winner Ingrid Svendsen, was a wide-ranging one on the removal of Short Term Tickets, privatisation (and the new contracts) and the then Labor state government’s reluctance to bring the system back into public ownership. 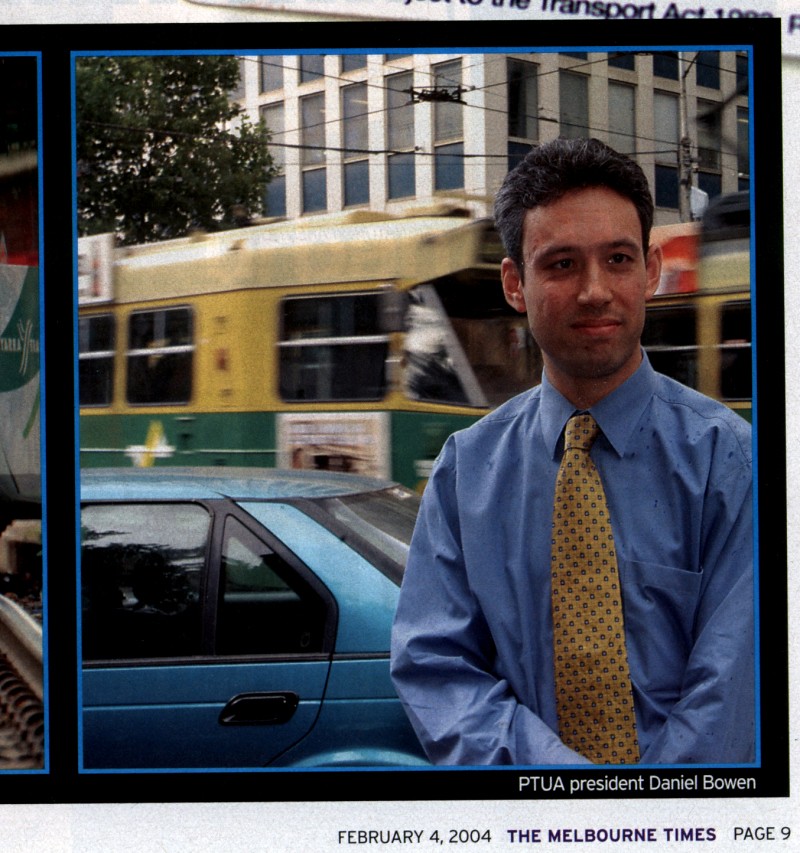 For Jeremy’s 6th birthday, my uncle Kevin had sent a The Bill police man action figure as a present. I was Marita’s idea to snap it in various locations, on patrol. One spot, many years before we got PSOs on patrol at railway stations, was by the railway line near Murrumbeena. 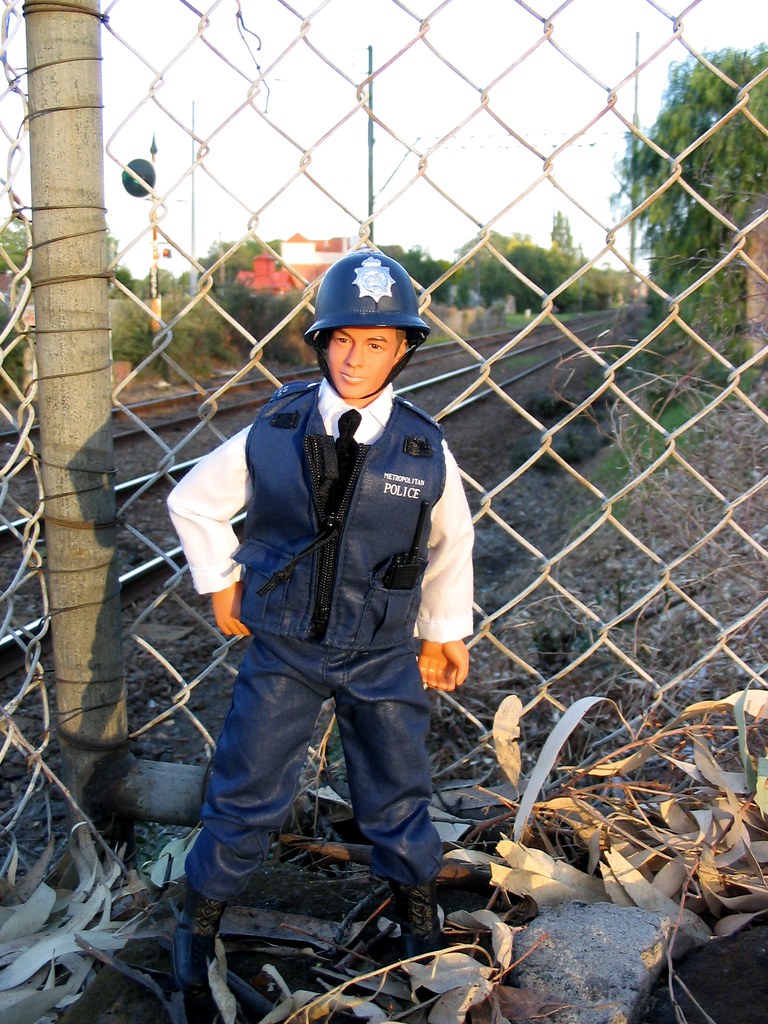 Photos of the rest of this guy’s adventures are here.

Hey, a bit silly, making you stand in the rain and get your shirt wet. Otherwise, a good shot of you looking serious.

Haha. Ingrid Svensen was a character on the comedy “Soap” with Billy Crystal.