So, to summarise… Abbott govt in. But not the Labor bloodbath some expected, which is good — whoever’s in power, a good Opposition is needed to keep them in check.

Somewhat to my surprise, the only Greens lower-house member Adam Bandt is back in, as are some other independents, but the Coalition will have a lower house majority.

Senate still up in the air, but Coalition won’t control it. While I don’t subscribe to the view that the electorate collectively and strategically decides together what we’re all going to do, and votes accordingly, I do suspect a large number of people wanted Labor out but weren’t too keen on the Coalition’s policies.

In Victoria, the Greens senate candidate Janet Rice got in (having known her for years, I can tell you she’s a Good Egg), and it appears the Motoring Enthusiasts party may get a spot as well. It’ll be a few days until we know for sure.

I guess once the Feds throw their $1.5b at East-West, the State will push ahead and build it. Indeed, Premier Napthine is already claiming that somehow the vote is a mandate to build it (even though in Victoria, fewer seats went to the Coalition than to Labor).

And of course the rail tunnel (and other urban rail) is unlikely to progress anytime soon with the $75 million for planning work being withdrawn.

Anyhow, here are some pics from the last few days.

Snickers gets into the spirit of it: 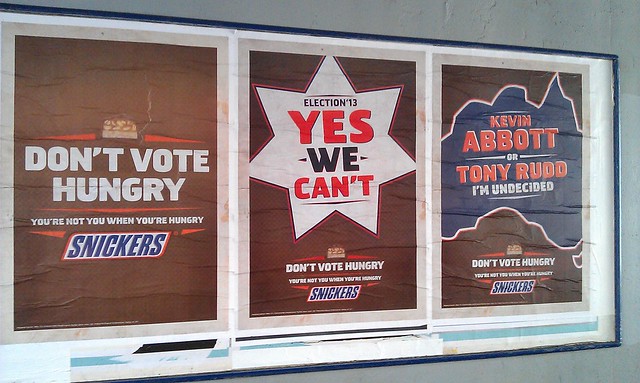 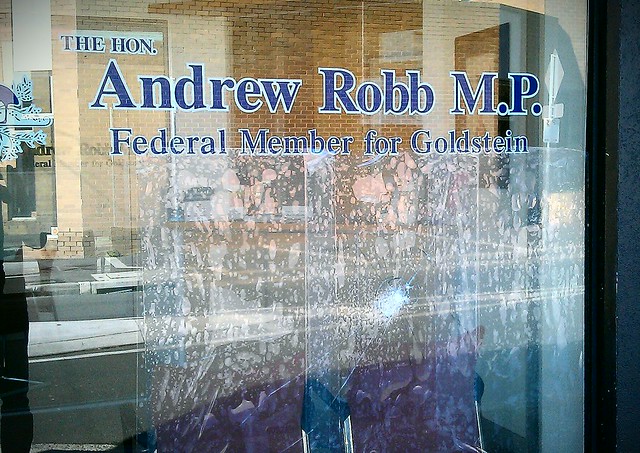 The Libs in Melbourne, adding to the traffic: 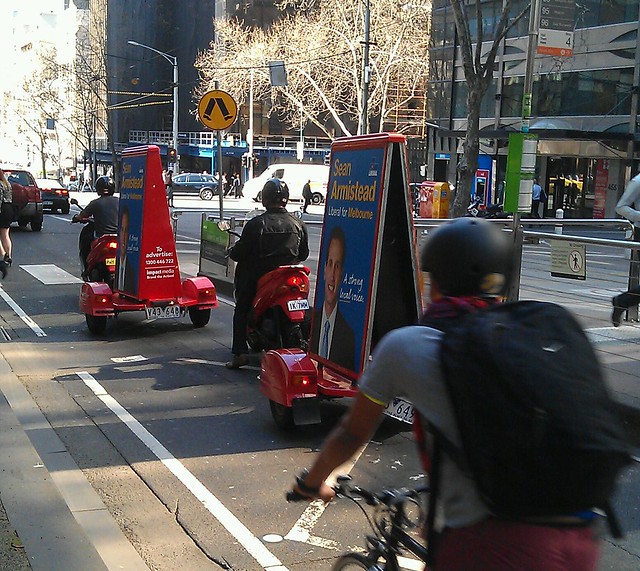 Long queues on Friday for pre-polling in the Bourke Street Mall: 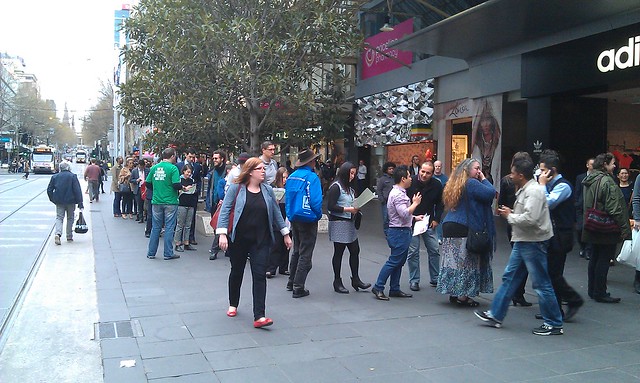 Also spotted in the Mall: 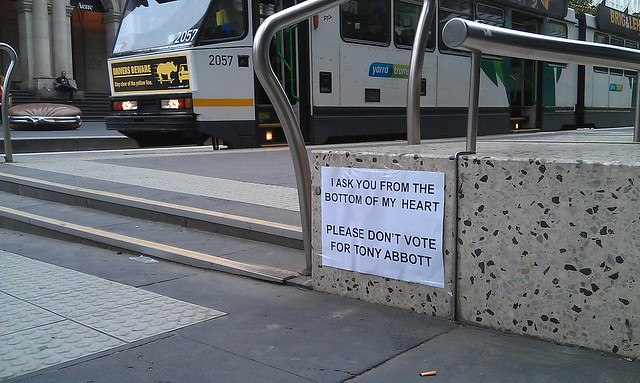 One reason not to pre-poll: voting day snag… and I discovered I can count accurately from 1 to 97. 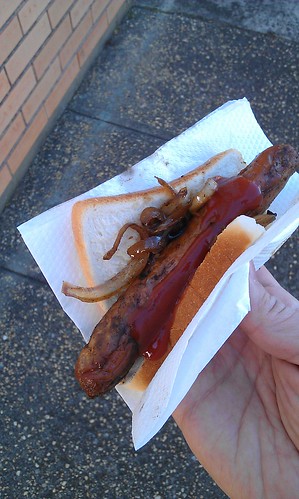 Was I the only one chuckling at the ABC’s half-baked virtual reality chamber? 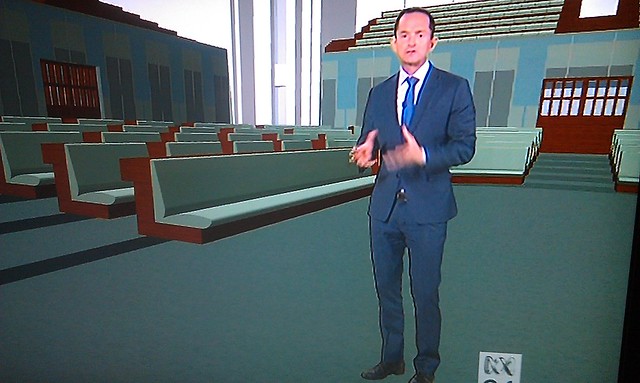 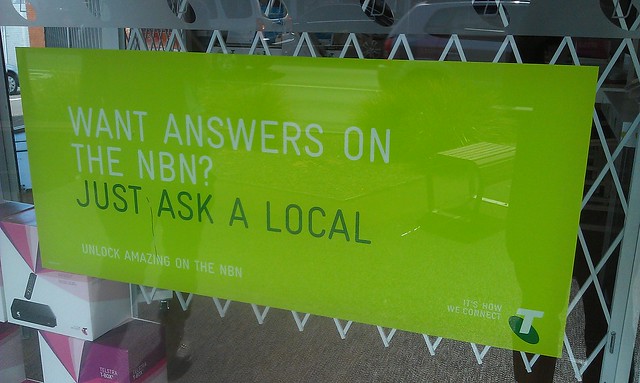 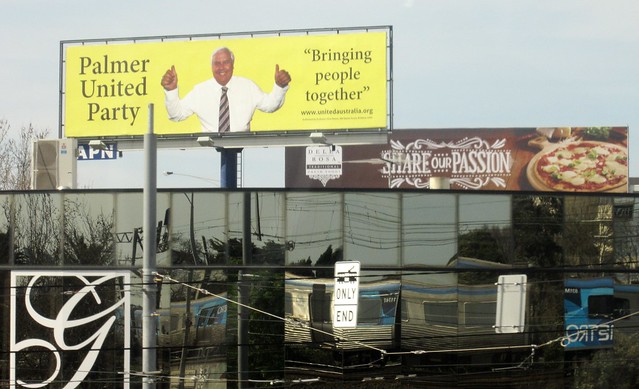 The other consolation is that Alannah MacTiernan (ALP) was elected in the seat of Perth. A proven true champion of public transport.

Odd that Palmer’s waiste goes outward when on tv, but inwards in this poster. I pre-polled in Bourke Street on Wednesday and there wasn’t a queue at all.

Hi Daniel,
do you know much about the railway level crossing projects around Victoria and how this election has affected it?
One in particular that I am trying to find info on is the St Albans Main Road crossing – I know they allocated funds for “pre works” or something… but haven’t heard any thing since. If you could write a post on in, it would be awesome.

Nenno, construction work is well underway on the level crossing in Brighton Beach. Andrew Robb and Louise Asher are being rewarded.

Abbott only like roads. But level crossings are roads.