Look, if you’re going to send around party political propaganda, you should at least have the guts to not disguise it as something else. This arrived in the mail yesterday: 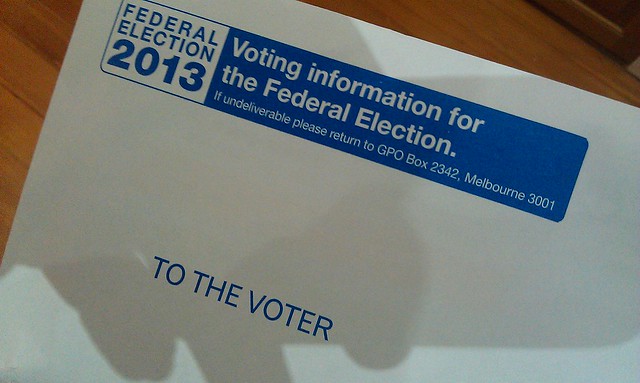 …and inside was this: 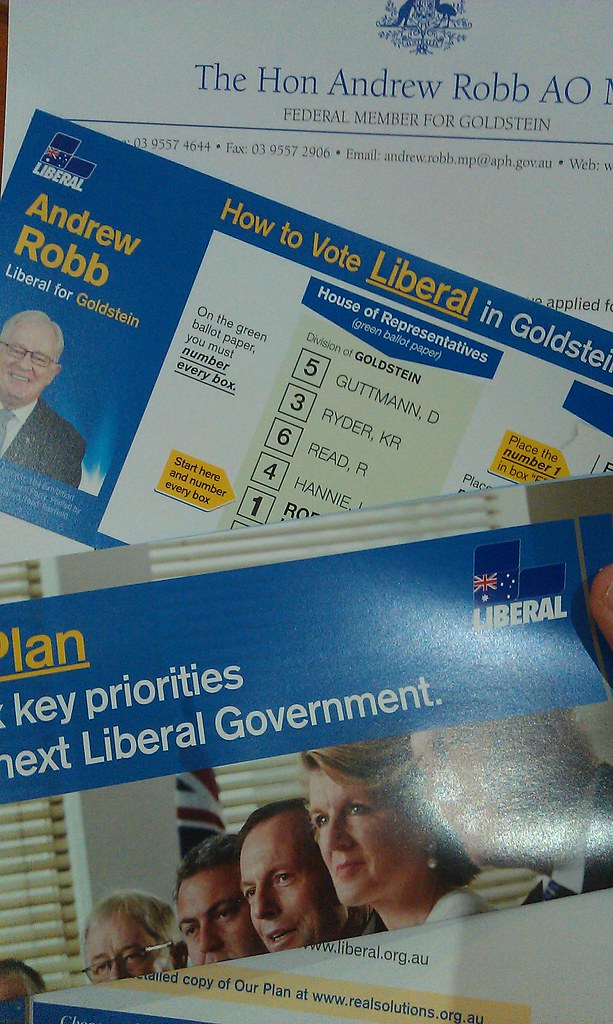 I note that in their brochure, they’re still using the rail icon, despite repeatedly proclaiming that they will not fund urban rail. 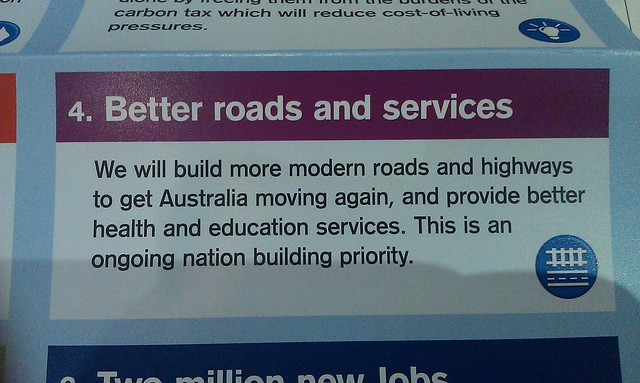 This sort of thing is not quite as bad as their data gathering exercise with postal ballots, but still deceptive.

Seems the State Coalition are up to similar tricks, with The Age reporting today that they’re sending out letters in support of the East West road link, paid for by the Liberal Party but without any party markings.

Are the other parties doing it to? I’ve heard Federal Labor had been sending out the postal ballot letters, but haven’t seen any myself.

Yeah, “dirty tricks” is part of politics.
Sneaky, but not illegal.

Liberal and Labor both do it in every single federal, state or local election.

Send all the electoral material you receive to the National Library of Australia.

Every election they have an active collecting policy of collecting this ephemera – see http://blogs.nla.gov.au/behind-the-scenes/2013/08/21/wanted-your-election-material/

They will even pay postage!

I received “important postal voting information for the Gellibrand Federal Electorate” with Australian Labor and a picture of Tim Watts on the front. The page page gives a brief summary of what Tim Watts and the Federal Labor Government will do and then urges me to “Support Time Watts and labor by filling in this postal vote form.” I find that the most curious part. There’s then an undertaking that Tim Watts, “Candidate for Gellibrand undertakes to forward completed applications to the AEC as soon as reasonably practicable”

Reply Paid envelope included – addressed to a different address from the AEC address listed on the form.

This was discussed on Crikey. There are lots of examples uploaded to http://electionleaflets.org.au (shameless plug)