Continuing my monthly series of photos from ten years ago…

By mid-2003 it was almost four years since privatisation of trains and trams, but as you can see from this photo in Swanston Street (at Lonsdale Street), many trams still had The Met liveries. This tram stop (with interchange to many Lonsdale Street buses) has since been deleted. 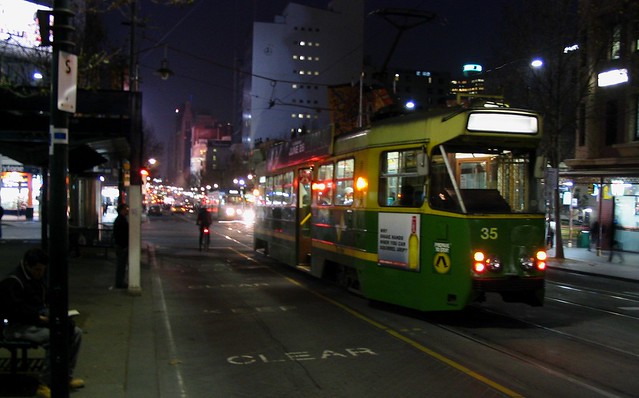 The skyline looking southwest across the CBD. I assume just across the river it’s the Eureka Tower that’s under construction. 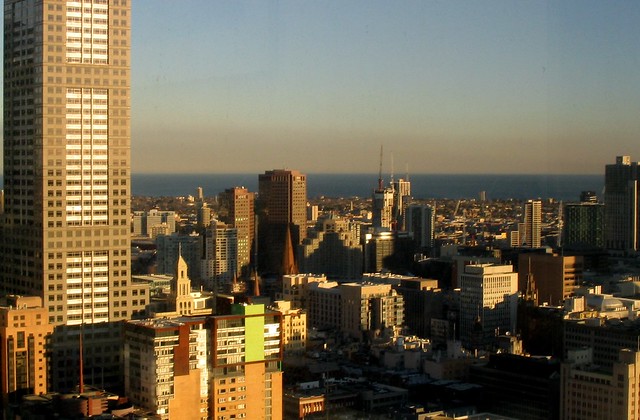 A Melway display at the Melbourne Museum, spoilt slightly by the fire hydrant sign. 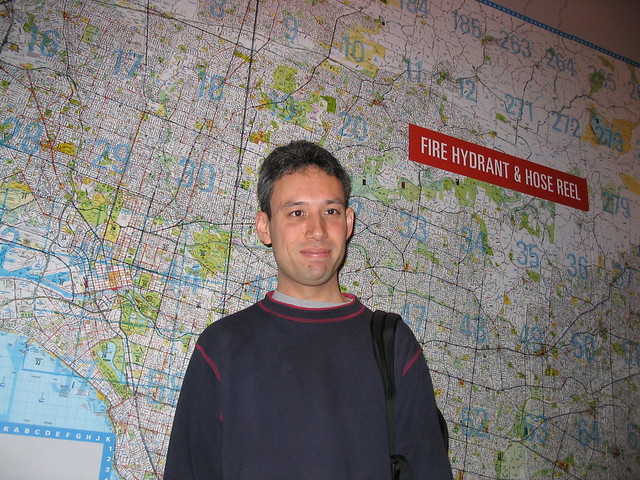 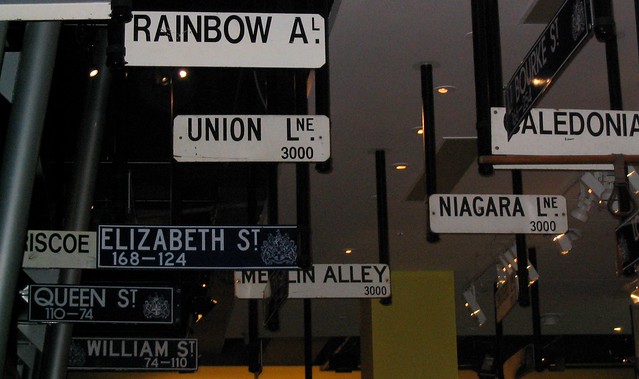 After our trip to the museum, we caught the train home. I think a Wiggles Concert had been running, and the train was packed — not helped by the common practice at the time of running short trains on weekends. Since then, we’ve got long trains all week, and doubled services on the three busiest lines. 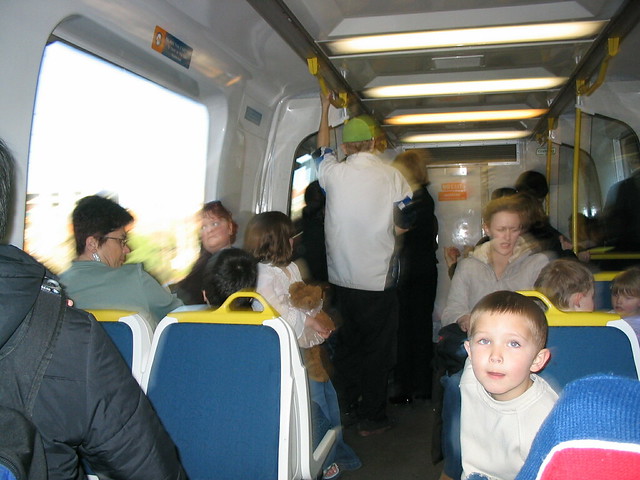 I moved house from Glen Huntly to Carnegie this month. As part of a clearout, I disposed of this old computer. (This clip was originally posted at the time on Google Video — a service which has since been retired.)

Moving day: I hired Gronows for the job. It appears they’re still in business, so 104 years and counting. 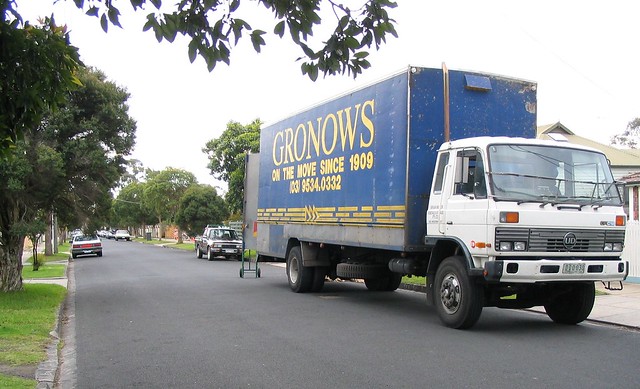 Ah, that rented place in Carnegie. Disposing of the vcr was more fun. Funny seeing the old Z trams in green and yellow.

The Met Green and gold looked good on the trams.

It also livened up the W class, and in my view looked far nicer than the early green and cream.

Hard to believe we would still have Z class trams, and Hitachi trains still in service so many years on. Lets not forget H cars with V/Line too.

As I said back then, we needed to hold onto most of the old rolling stock as kind of a ready fleet should petrol prices rise to say $1.50.

Dispite that, we got a far better deal out of it when Mr Kennet sold them off, to the deal we seem not to have today. Brand new EMUs, DMUs and trams, extending to Sydenham and Box Hill.

It really pisses me off, that we failed to get the same kind of deal when Metro took over.. We could of had trains to Cranbourne East, Baxter, and Lara by now. Trams to Knox City, South Morang too.

Who knows, if the Government where to say to the private operators of Metro, ok, if you can build and operate lines to Melbourne Airport, Rowville and Doncaster East, then go ahead and build them, and we will pay you to run the trains on those lines.

We just may get all three of those lines built.

I love how someone has just slapped a Fire Hydrant sticker over a mural (or at least a map stuck to the wall).

There would be a fair few more towers in that CBD skyline shot if taken today.

The may must have been put over the fire hydrant.