It was house maintenance week this week. I took a couple of days off to do some de-cluttering and get some people in.

Hard rubbish got rid of two old mattresses, three former recycle bins, a big plank of wood, an old fan and two disused old bicycles. Amusingly, between putting stuff out/booking the collection and having it picked up, one bike disappeared, then came back, then the second went.

On Tuesday I got my ducts cleaned. (Note: This is not a euphemism.)

On Wednesday it was the pest controllers, as part of my self-declared War On Cockroaches. The guy sprayed inside and out, and we evacuated for a while to let the fumes dissipate — into the city for some lunch, a walk around, and some photography. 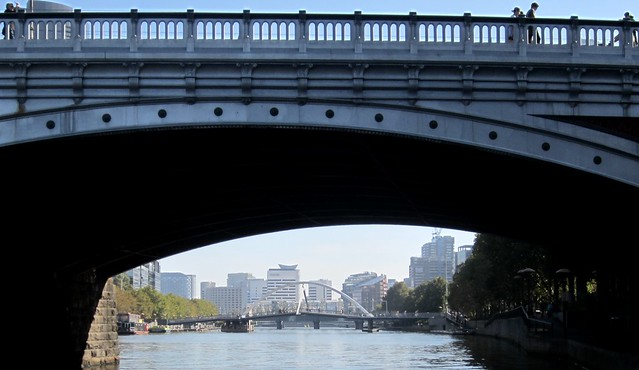 Of course, the most exciting news this week in the ‘hood has been the opening of the new Aldi store in downtown Bentleigh (in the old IGA site). Wednesday was opening day, and it was packed with people hunting down $10 kettles and toasters, and $89 Android tablets. 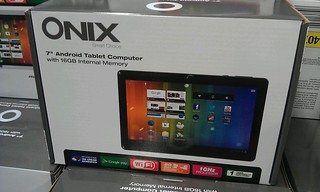 I must admit I was tempted by the latter. But in the end I decided not to buy it, for three reasons: [1] the check-out queues were really long, [2] although it’s cheap, a review reckoned this model of tablet has poor Wifi reception (and in fact the reviewer ended up returning it due to poor battery life), and perhaps most importantly, [3] I’d just spent days de-cluttering the house, and buying something I didn’t really need would be a backward step,

And after all, there’ll be other cheap tablets. Wait a few months and there’ll be a better one for the same price.

3 replies on “The week in house maintenance”

Like your joke about ducts cleaned! I hope your plumbing is OK too.

In Hampton we got Aldi Bentleigh “new store” leaflets in our letterbox. Our nearest store is still Southland.
PS BigW had kettles and toasters for $5 a year ago. Bought one of each for emergencies.

I’m surprised at the cheap tablets. I had a quick squiz at the prices Aldi had for TVs and computers, both laptops and desktops. In each case I felt you could get pretty much the exact same specs, at a better price from a reputable brand at JB Hi-fi. Perhaps though I’m just always aware of JB’s specials because my wife is employed there.

Never saw the point of owning an iPad, even when Telstra offered me one for “free” if I accepted a 24 month contract for the data I sent it back. I would like something I can use when my internet is down though or when I am away and need to backup photos though.