My best guess is that PT fares are expected to jump by about 7% on January 1st.

They generally go up by CPI (which the ABS says was 2.0% in the year to the end of September) but as part of a two year plan originally hatched by the ALP and followed by the Coalition, an additional 5% was added in January 2012, and is expected again this January — but not in 2014… well, it’s an election year, you know.

While there are various fare discounts you can use, you can’t beat the price rise anymore by buying Metcards in advance. Nor can you beat it by loading up Myki Money in advance, because the fare charged is that at the time of travel.

However, you can load a Myki Pass onto your card. This is charged at the time of loading, but can be used later. It’ll activate as soon as you travel in the applicable zone(s) with the card, and be valid for however many days it applies for.

If you already have a Pass on your card, you can load a second one. (Apparently you can do this even if the first is not yet active. They will activate in the order they were loaded.) If you have a spare card, you could load more Passes onto that, as long as you’re sure you can keep that card unused until your other Passes run out. 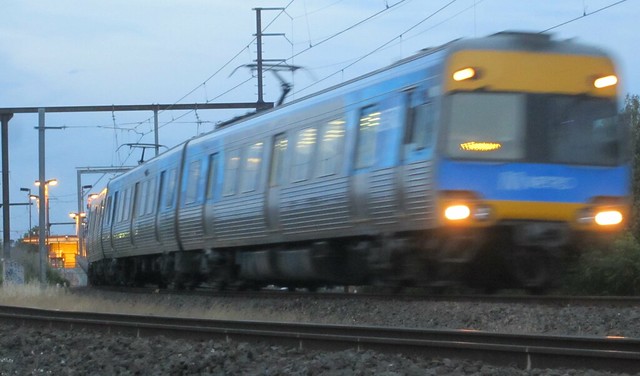 The ultimate money-saver is a Yearly pass, which is the same cost as 325 days. The best deal here is via Commuter Club, offered by some big employers and the PTUA, and obviously if you get in before the price rise, you save even more.

Obviously this is a heap of money to be paid up-front, but saves you hundreds of dollars over the year.

How much do you save? Well let’s assume for a moment you’re a work-day-only PT user, and your travel in 2013 could be covered by buying 10 x 33 day passes (planned carefully, 33 days covers five weeks, excluding the weekends between) — this wouldn’t quite cover the year.

Alternately, buying 12 x 30-day passes to properly cover (almost all) the whole year, including weekends, would add up to $1548.

The catch is if do you want a Commuter Club Yearly at the 2012 price, you’ll have to get in quick. Last year the rise was announced on December 6th, but orders (which are regulated by the Transport Ticketing Authority) closed only about a week-and-a-half later.

If you work for a government department or a university or a big corporate, also check if they offer Commuter Club tickets through employee benefits. If you’re really lucky you might even be able to get it via regular pay deductions instead of as an up-front lump sum.

So if that’s what you want, it would pay to get in early.

It struck me the other day that people using Myki will be much less aware of price rises than if they were buying a ticket from a machine or over the counter.

Your blog today is good advice for many full-time workers who commute by pub transport. It generally doesn’t apply to part-time or casual workers or people like me who use the early-bird fare on the way to work. Under the metcard system, the latter group could buy multiple ten-trip tickets in advance of the price hike. You can’t any more.

Show me where I can buy a MyKi card that will *regularly* expire, forcing me to buy a whole new one… and we’ll talk.

Off topic, but once upon a time you/your blog introduced me to nearmaps.It’s been brilliant, but now it seems they want to charge businesses for it, and have no real interest in individual users. *sigh*

Something I just realised when I did the sums for myself: if you buy a yearly ticket every December for all eternity, you only save money the first time around. When next year comes around, you still have to pay the higher price you avoided 12 months before.

In the end, you might avoid paying the even fare increase they are about to bring in, but go forward another year, and you have to pay that anyway!

@Marcus, that’s correct… but then again, if I do this for say 10 years straight, and if the rise was 7% each time, by the end of that I’ve saved 70% of the cost of a Yearly ticket (about $800 in today’s money) by buying the Yearly before the rise. (In my case I’ve just renewed, but the current Yearly fare doesn’t expire until March.) And of course you’re saving more due to the Yearly fare being about the equivalent of 11 Monthlies, and the almost 10% discount from Commuter Club.

By the way, TTA has still not yet announced the fare rise, nor the deadline for getting the 2012 price, but I have heard unofficially that the TTA’s deadline is 18th of December, making the ordering deadline probably around the 15th (but check with whoever you’re ordering through — and get a move on if you want to buy it before the rise hits).

When you say VTP, I guess you mean ‘V\ictorian Transport Plan’, which would be the Eddington tunnel and etc?

They had been very clever to make ‘the Metcard Turn off’, just before this price rise so people could not get that advantage of buying in bulk just before the price rise.

Just wish they would do something about the general condition of public transport all around Melbourne. Beggers can not be choosers.

@Jim, yes, Victorian Transport Plan. Arguably most of the projects have been kept by the Coalition, but not the name.

The final Metcard switch-off does happen just before the rise, but it’s been some time since you could buy Metcards in advance. You can only buy them now on trams and buses, for use immediately.