Tracking Southland station: any progress since the 2010 election?

Southland station makes sense. The rail line runs adjacent to the west side of the centre. It’s the kind of destination midway along the line which can boost patronage (eg get people out of cars) without putting pressure on peak hour services. 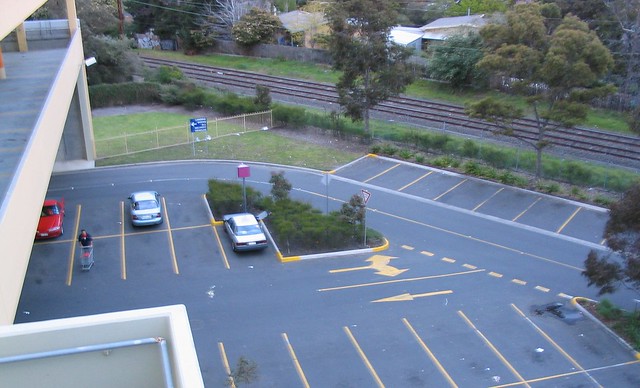 It’s too close to Highett/Cheltenham! — no, it’d be about 1.2km to Highett, and 1.1km to Cheltenham, making the spacing similar to inner-city line sections, and in fact wider than the Ormond to Moorabbin section.

Parking would be a problem — no, not if Westfield applies parking limits (as long as 4-6 hours) and properly enforces them. Commuters should not be able to park at Southland.

It would kill Highett and/or Cheltenham and their shopping centres — no, because they would maintain their commuter car parks and bus connections, as well as considerable walk-up patronage. Southland would be primarily for inbound passengers, and those within walking distance for whom it is more convenient.

The other stations are close enough for people to walk — the nearest to Southland is Cheltenham, more than ten minutes walk away. People don’t live in railway stations — they’ve already made the effort to get on the train at their journey origin. Make them walk another ten minutes at their destination and they won’t do it. They don’t do it. Barely anybody catches the train to Southland now.

People can use the connecting buses — there are a number of buses, all fairly infrequent — hopelessly so on the busiest (weekend) shopping days, in fact it’s common to see the bus terminus completely devoid of buses. None of them are coordinated to connect with trains. At Cheltenham they depart from several different bus stops. Again, this is why few people catch the train to Southland. 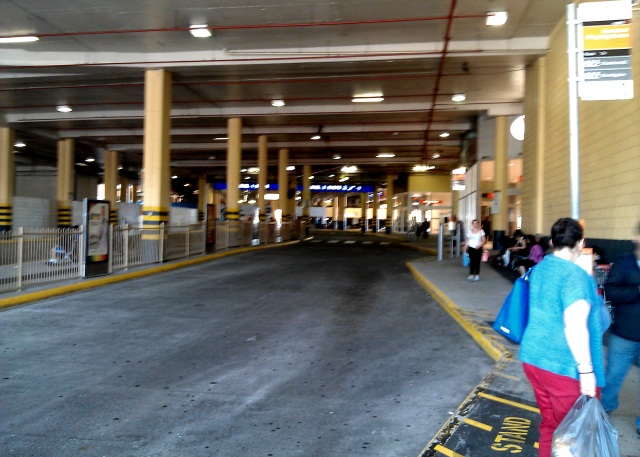 Both major parties promised to build Southland station. The Labor pledge was for a $45 million station, apparently including moving the existing bus terminus — which I’d argue is unnecessary, because almost all the bus routes involved intersect the Frankston line at other stations.

The $13 million Southland Railway Station on the Frankston line between Highett and Cheltenham will feature two platforms and ramps and lifts for full-time access by commuters with a disability, senior citizens, mothers with prams and children with bicycles.

Construction of the station will feature:

So, what’s happened since the election? Some of the references found in a trawl of Hansard…

I thank the member for her question in relation to the Southland railway station. As the member will be aware, there was a great deal of discussion within the broader community as to the cost and configuration of railway stations under the former Labor government. In particular the member would be aware that a consultant had a look at this particular station and costed it in the order of $10 million to $13 million.
…

In relation to Southland and other railway stations, I have given my department instructions to go back and look at the functionality and design of some of these stations, because under the previous government they were completely and totally out of control. There were no cost pressures put on the department to come up with functional designs that met the community’s expectations. That is what we are doing. That is the path we are going to go down. We want to make sure that we get value for money. The consultant’s report said it all. It was provided to the previous Labor government, but it did not know how to control costs.

Mr Mulder denied the project had been shelved, but would not provide any construction details.

“This commitment remains an important part of the government’s public transport initiatives. Further announcements will be made in due course.” Former Labor public transport minster and now government scrutiny spokesman Martin Pakula said this failure was one of several Liberal back-pedalling moves.

Mr Pakula said the $13 million was never a creditable budget for the station – the ALP projected it would cost $45 million – and was a bogus election promise. “Fixing the problems is harder than just putting together a press release,” he said.

During the election campaign I made a commitment to my electorate of Bentleigh to see a railway station built at Southland shopping centre. This is a piece of infrastructure that is long overdue, which is symbolic of the previous Labor government’s inability to provide for our growing community. I ask the minister to provide an update on this commitment and on when my electorate can expect construction of this railway station to commence.

Minister for Public Transport Terry Mulder, in response to the above, 7/4/2011:

I am delighted to inform the house that the Department of Transport has already undertaken a concept development study into the proposed Southland railway station and in the next couple of weeks the department expects to recommend that it move to the next step, which includes a concept design for the station plus scoping and costing. The issue of scoping and costing points to the difference between the new coalition government in Victoria and the former Labor government.

Member for Bentleigh Elizabeth Miller, talking about the state budget, 26/5/2011:

Some $700 000 has been allocated to begin planning for the railway station proposed for Southland, which will mean fewer cars on the road and increased patronage on public transport. Of course increased accessibility will mean more trade for retailers. This is an example of a project that has actually been thought through by a government and will produce benefits in the variety of ways which I have just outlined.

We are a responsible government. This is an important project that will seriously improve access to Southland shopping centre. Given its importance, it is critical to ensure that we get it right — and get it right we will. We will have a measured, rational study into what is required, so we are not going to waste the money. We will set out a defined, clear plan and get it right, and the people of Bentleigh and the residents around that shopping precinct will all benefit. The previous Labor government’s record of cost blow-outs exposed the fact that it did not adequately plan projects, and we are determined that this will not happen under a Baillieu government.

I also understand from the feedback I am getting from the department that the planning and design work is going well. The coalition government’s station user panel is also assisting the Department of Transport in the development of these proposals. Given that we had so many disasters with railway station developments under the former Labor government we felt it was important to put in place a station user panel. We do not want similar issues with the projects we embark on.

We therefore have a very strong panel to inform design and look at issues in relation to functionality around stations.

The member for Bentleigh will be delighted to hear that Southland station is getting that level of support. The government expects formal community consultation to commence around March. The government will also be seeking input from community members about the design of the station and will work with the station user panel, using the concept design prepared by GHD as a reference point. Many major stakeholders are also giving feedback. I would like to thank the local councils for their interest and work in that regard. I can inform the member for Bentleigh that the Department of Transport will be having further discussions with shopping centre owners Ventana Pty Ltd, the Westfield Group and AMP in relation to this very important project. It is an exciting project which will increase the accessibility of Southland shopping centre and the bulk goods retail stores nearby, not to mention the local light industrial areas.

Another commitment that was made before the election was for a train station at Southland. This budget is silent on funding for the $13 million promised at the last election. I recognise that $700 000 has been allocated for planning, but if this promise is to be fulfilled in this term, as postulated by the members for Bentleigh and Mordialloc in the Assembly, money needs to be allocated in the budget to build it. Members of the government have called me a liar for pursuing this issue of funding and the government’s commitment to it, but until it allocates the money we can only assume it is not committed to this project.

PLANS for a railway station at Southland (pictured) are still on track, the Transport Minister promises.

State Public Transport Terry Mulder said despite no obvious progression in the past two years, the station would definitely be delivered.

The Coalition in the 2010 election gained power by just one seat – on a platform of improving public transport, especially along the Frankston line. Both parties spruiked a new Bay Rd station as a key policy of their campaigns.

But no physical work has started on the project, designed to improve access to the shopping centre and provide another commuting gateway for Cheltenham residents.

Mr Mulder said things were progressing behind the scenes. “The Southland station project continues to be in planning and development,” he said.

“Public Transport Victoria is working to identify the exact location of a station, indicative station layout and access requirements and connections with local bus routes, roads and surrounding residents and businesses.”

The Age, yesterday, in an article about the marginal seats along the Frankston line:

It is a similar story for Bentleigh’s Elizabeth Miller although somewhat alarmingly one of her big campaign promises – to build a station at Southland for $13 million – will not be honoured in the Baillieu government’s first term.

So there we have it.

In summary, apparently some study work has happened, but little visible progress, no construction funding, and they’ve finally admitted it won’t be delivered during this term of government.

Meanwhile the next section of the Dingley Bypass, a pseudo-freeway from the eastern end of Moorabbin to Dingley Village, is going ahead at a cost of $156 million — or ten times the Southland station pledge.

(I’m not sure how Vicroads gets away with describing it as a new road from Warrigal Road, given the first section already exists as the South Road extension, built only in 2007.)

Vicroads are supremely well-organised, of course. The plans for the Dingley Bypass have been sitting around for decades, and you can be sure it’ll be finished first.

Update February 2014: Southland got funding in the 2013 budget for an unknown amount, but as of early 2014 no construction work has been done.

11 thoughts on “Tracking Southland station: any progress since the 2010 election?”