We packed up the car and headed south along the Kwinana Freeway out of Perth. Heading towards Mandurah, my aunt gave me a pronunciation lesson: it’s not pronounced “Mandurah”, it’s pronounced “man-drah”.

Eventually we left Perth’s suburbia behind us. Farmland and forest predominated, with the occasional huge billboard, including for something you don’t see advertised so much in the eastern states: the mining industry. 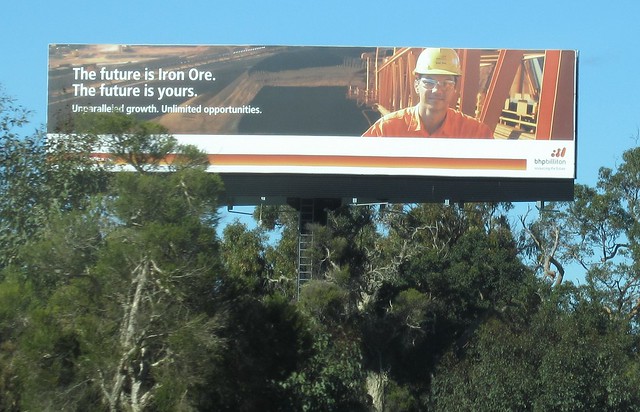 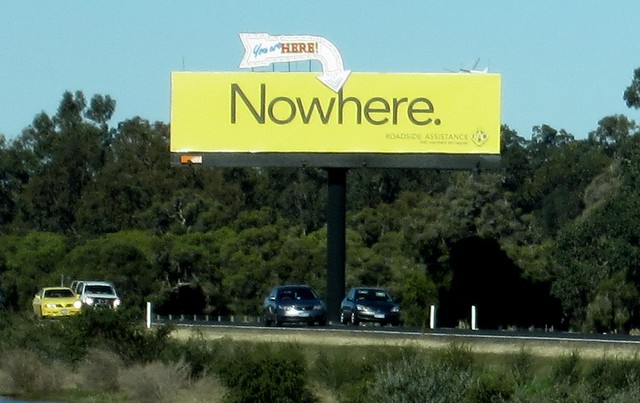 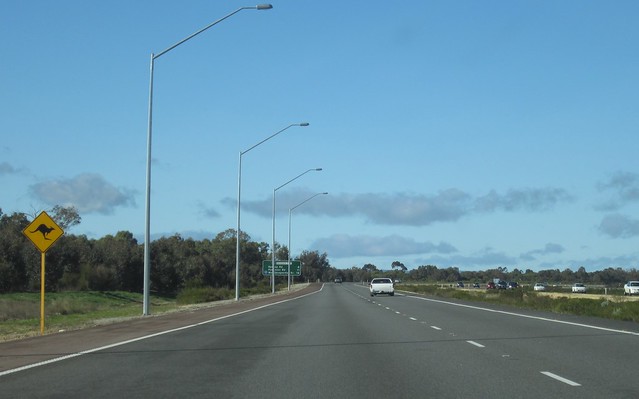 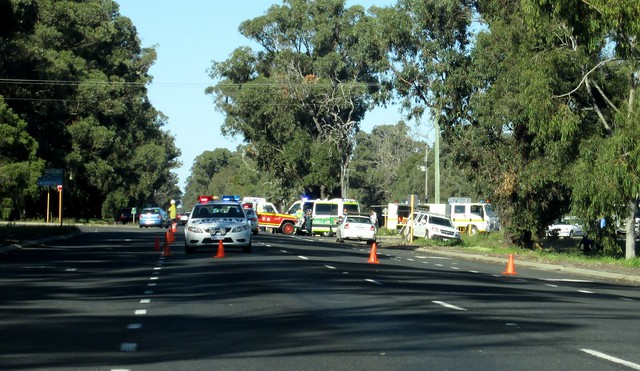 We had to slow down for an accident scene at Myalup. Lots of emergency vehicles on the scene – checking online news a little later, we found it had occurred an hour or two earlier. It didn’t look too good on the road — thankfully not fatal.

Otherwise of note when driving: I noticed plenty of stretches of 110 kmh limits, even on two-lane non-divided roads, which as far as I know is not something we see in Victoria. Also notable was that most Western Australians indicate left when leaving a roundabout — even small suburban ones. Interesting. My aunt said that there have been extensive publicity campaigns to encourage it, so most people do. 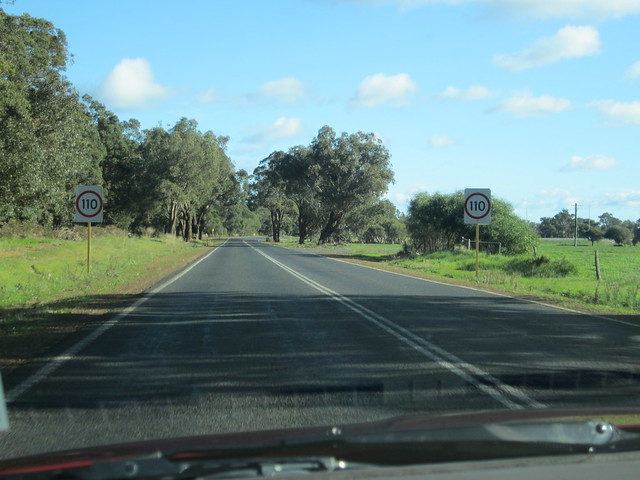 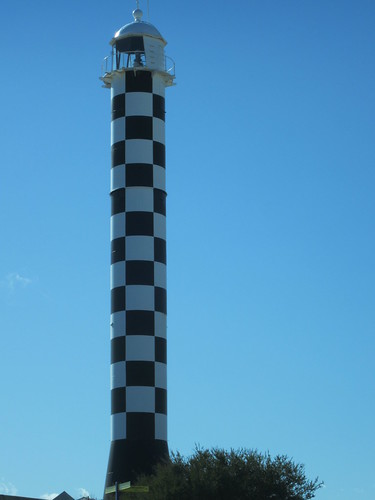 We made a pit stop at Bunbury, noting the striking checked lighthouse, then continued on to Busselton, which sounds like it should be a twin to Richard Scarry’s Busytown.

Near the end of the jetty is an underwater observatory, which we’d intended on visiting, but it was closed for the day due to the water being too murky to see anything. While this was disappointing, at least they said so up-front, rather than taking our money and then having us stare at cloudy water. 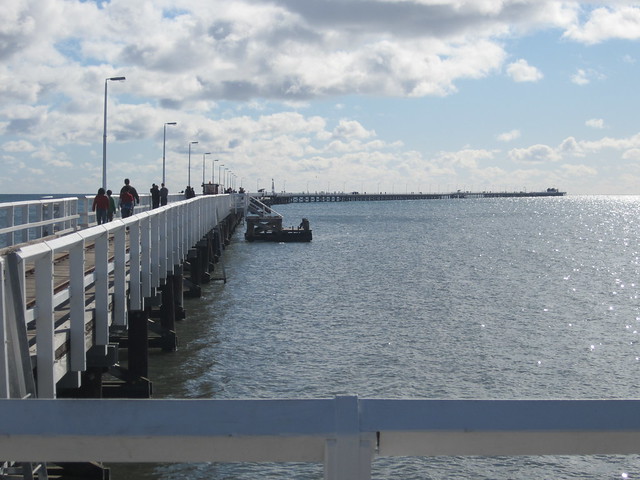 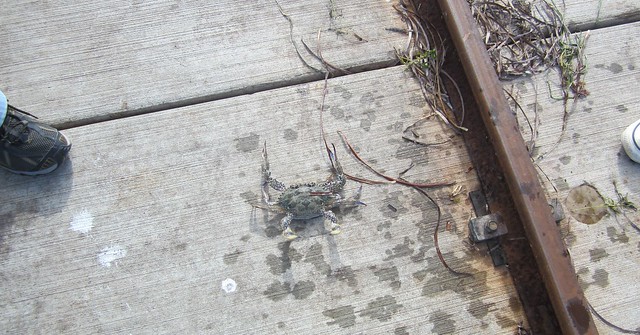 After the jetty we found a fish and chips place in the town to chow down some lunch, before jumping back in the car.

As we headed south and neared Margaret River, there were more and more wineries; practically every turn-off had a sign pointing to several. 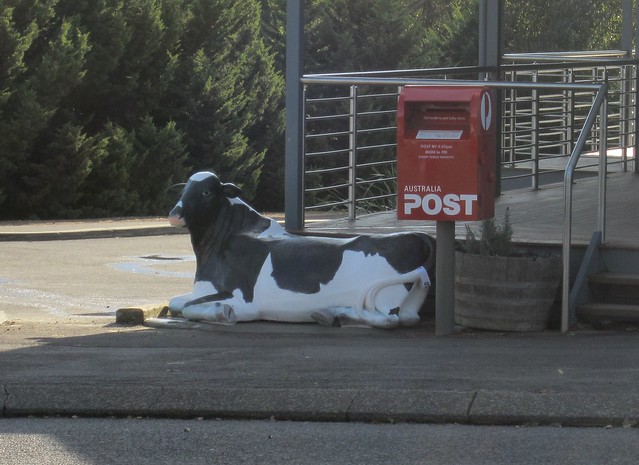 We passed initially through Margaret River, and on through Augusta to Cape Leeuwin, which is the south-western most point of Australia, in the Cape Naturaliste national park (which, let’s be honest, sounds like a nudist colony, but isn’t).

At Cape Leeuwin there’s a lighthouse dating back to 1895, and we did the tour of it, which involves climbing up all 176 steps to the top. Our tour guide, Bruce, must have been used to the cold and/or made of stronger stuff, as he was in short sleeves — the rest of us were wrapped up as warmly as possible, but still found it exceptionally cold in the strong winds at the top. 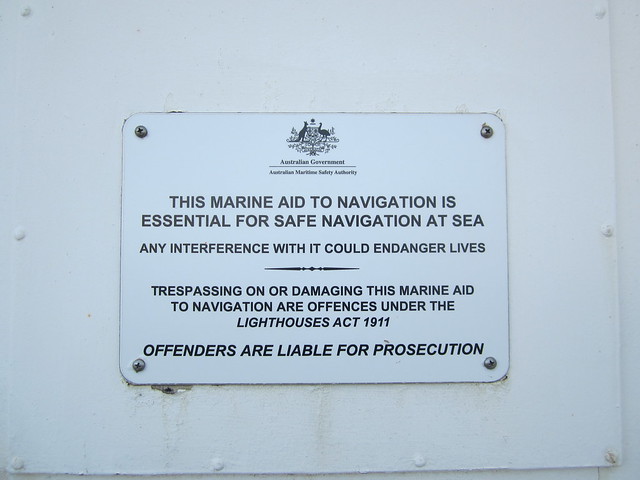 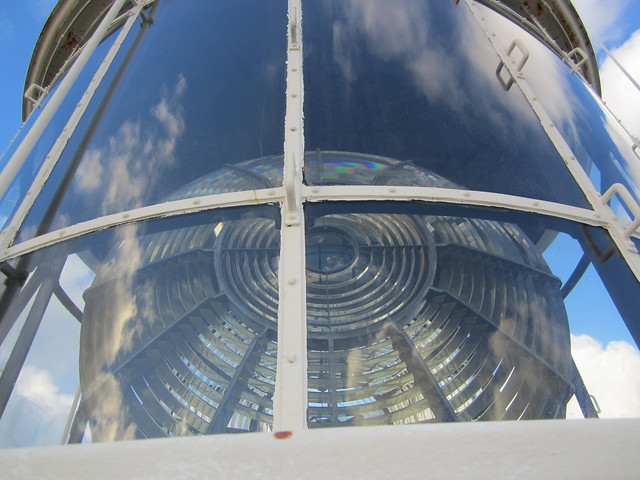 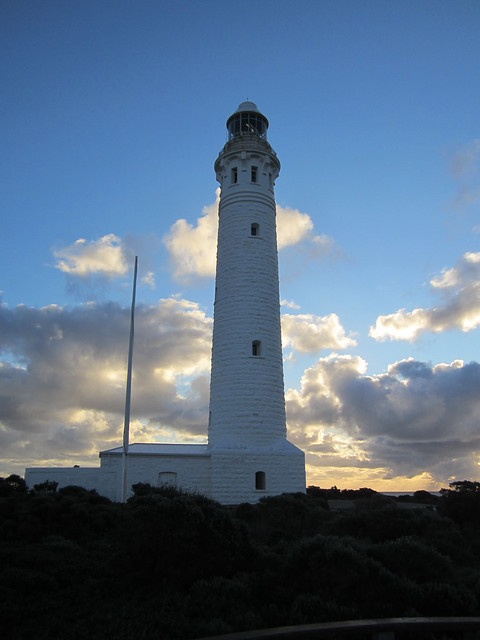 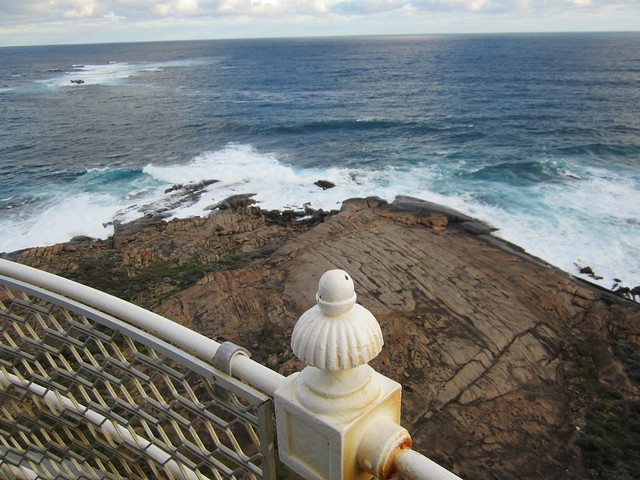 There was a great view from the top of the lighthouse, and it was a fascinating sight. The two oceans — the Indian and the Southern — meet there, and Bruce noted that you can actually see the currents of each splashing against each other.

Nearby we found an old water wheel, also built in 1895, once used to bring water to the lighthouse, but has since become encrusted in limestone. 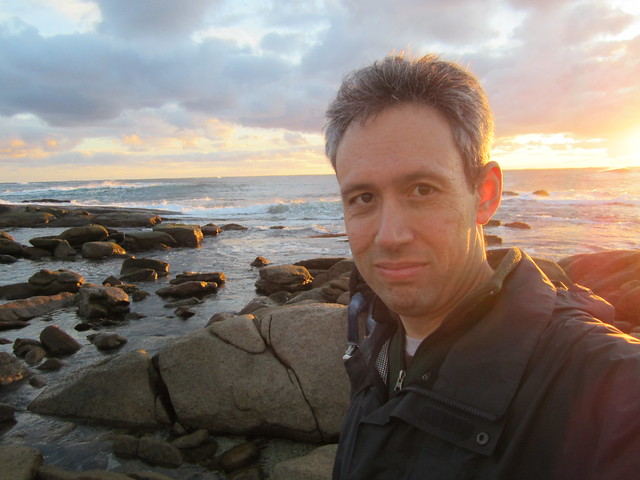 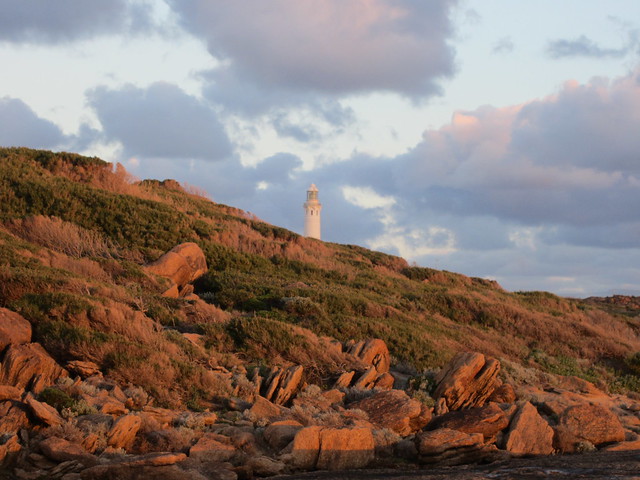 We headed back to Margaret River to find our accommodation. It was now dark, and the pitch-black roads out towards Prevelly Beach where we were staying didn’t make it too easy. On the way we did notice a sign pointing to Isaac’s Ridge — in passing it a few times the next day, Isaac didn’t seem interested in exploring it, but apparently it leads to a resort which sadly burnt down last November — in fact there was a fair bit of obvious fire damage to trees in the local area.

Eventually we got to our serviced apartment near the beach, having (by my rough calculations, with help from Professor Google) covered 348km in the drive from Perth.

After a rest we headed back to Margaret River for dinner in the Settlers Tavern, where (once we’d solved some issues with the password) we availed ourselves of the free wifi, and had a delicious dinner to boot — a good ending to a long day.

Great shots again. I love the last one of the red rocks beneath the lighthouse. Are they really red or was it sunset?

@Roger, it was sunset, so the rocks probably aren’t really that red.

What an odd way to paint a lighthouse. It certainly makes it stand out. I remember driving from Mildura to Bendigo and there were single lane in each direction roads with a limit of 110 and I also think between Mildura and Broken Hill.

Looks like you are getting to see a fair bit of Perth and surrounds which is great – I am enjoying the series of blogs. How was your hotel? last time I was in Perth I stayed in what I believe to be the worst hotel in the entire city! (You can read about it here: http://www.memock.com/2012/07/06/is-the-red-castle-motel-the-worst-hotel-in-perth/
In regards to the round-a-bouts – Isn’t everyone meant to indicate off them?

@MeMock, we stayed at the hotel Aunty. Top notch, but very limited availability.

Please tell hotel Aunty that if she is ever looking for some extra cash then let me know! I am clean, quiet and will even wear some pj’s too bed so that there will be no possible embarrassing moments during the night!!

I went to Cape Leuwin in 1975 and my old photos from there have the same strange orange afternoon light as yours do, and you probably were not using Kodachrome either.