I feel a bit guilty about this: I re-used a costume party costume.

See, I was invited to an 80s Movie/Music/Pop-Culture party, and then a Dead Celebrities a couple of weeks later. Given time constraints and the likelihood of few party guests overlapping, I reasoned that I could knock off both with one costume. Someone who had been big in the 80s, but had since passed on.

I settled for Freddie Mercury.

After the 80s party, I felt a little guilty about it, particularly as I had since thought up another, almost-no-effort great 80s movie costume (which I won’t reveal now, lest that option become useful later).

Oh well, in any event, the 80s party was great, with birthday boy Andrew managing to get hold of a Back To The Future Delorean for the night. Wow.

And the Dead Celebrities party was great too… and very funny, since upon walking in I found co-host Tony was also dressed as Freddie. 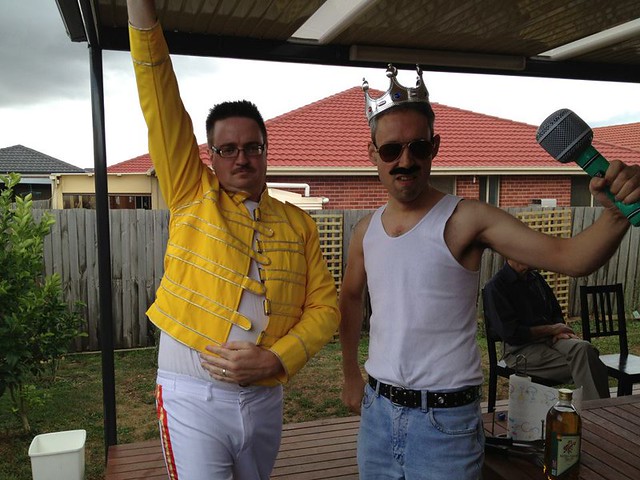 And just so you can tell us apart from the real one: 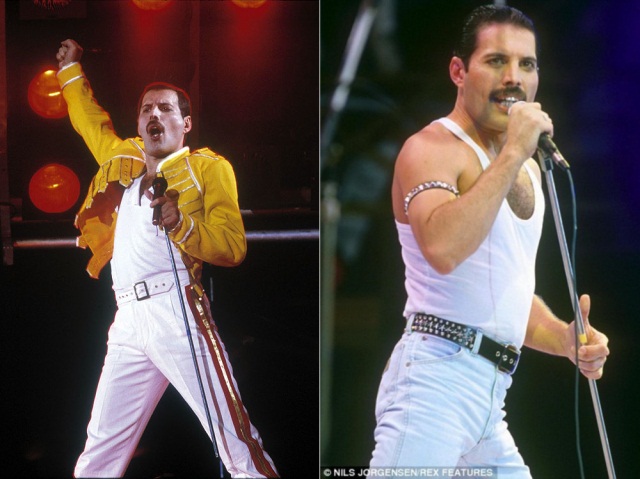 With a Delorean time-machine it is perfectly possible for Freddie to attend the same party twice ;-).

Nice one – I wish I could attach the photo I took of my dog Milly standing next to the Freddie Mercury statue at Montreaux (his second home). It always has candles and flowers around it.