Well, I’m getting there.

Last week I had a ceiling fan installed in the livingroom. It’ll help on hot days, and because I have ceiling ducted heating, also helps distribute heat better on cold days as well. 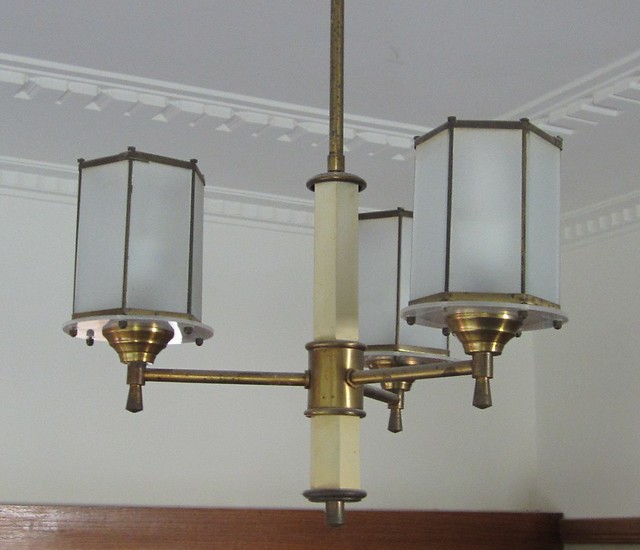 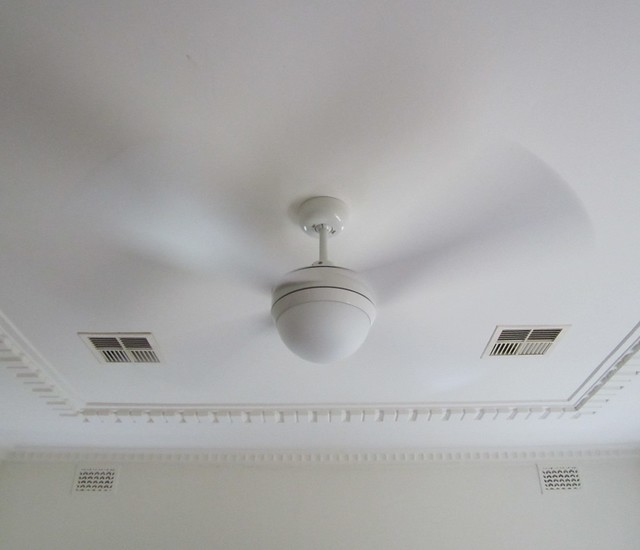 To do this, the old light fitting was removed. I’m hoping it might be worth something — I was never that keen on it, but it does appear to be an original, making it about eighty years old. There appears to be a reasonable market for such things.

In contrast, I really like all the other (antique) lights in the house — except for the kitchen. Of course, now I’m realising that I should have arranged for the kitchen to have a ceiling fan installed as well. And while I was at it, I could have got them to install the heat guards for the down lights in there. They were switched from halogen to LEDs, so not as warm, but still worthwhile to assist with the insulation.

Speaking of insulation, that got done yesterday morning. The old loose stuff had been removed last year. The very hot day or two last week was unbearable. Winter last year wasn’t much fun either. My estimate is that in a weatherboard house with no roof insulation, the temperature would drop by at least a degree per hour if it was cold outside, which made a big difference to the gas heating bill.

So I finally got around to booking insulation back. This document from the Victorian Department of Sustainability reckons the recommended level of insulation for ceilings in Melbourne is R2.5, but I decided to go for R4. (Confusingly, I subsequently found this Federal government web page which recommends R4.1. Hmmm.

The material they used was something called “earthwool” — which unlike conventional glasswool doesn’t cause irritation if handled without gloves. 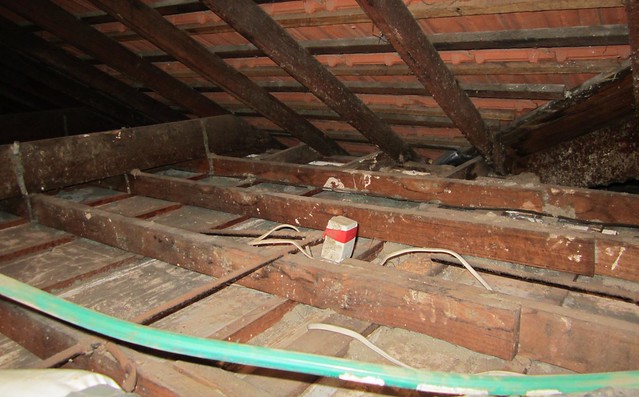 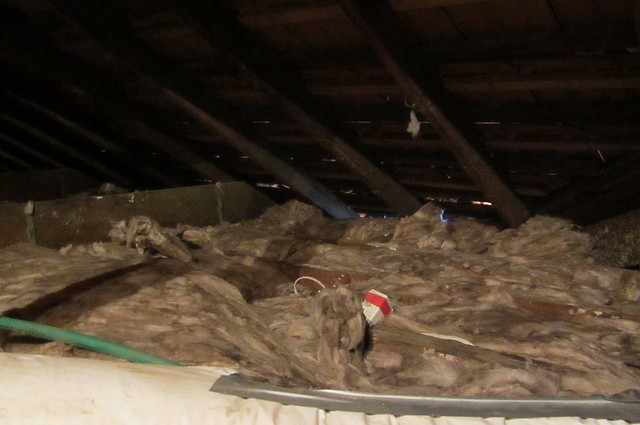 The installers appear to have done a good quick job, but it was a tad irritating that they’d booked in for 7:30am (necessitating everybody being awake and dressed early) but didn’t show until 10am. Not to worry; I think it’s already made a difference… after they’d finished, I turned the heat on (damn it was cold yesterday).

Gaps were left around the down lights, with spare earthwool to fill in the gaps once I’ve had the electricians back in to install the heat guards.

So, hopefully having insulation back in the roof will make a big difference, and it means the various housey things I’ve been meaning to get done are progressing.

Other projects in progress:

2 replies on “Insulation is back in my roof (just in time for winter, it seems)”

Such a shame about the original light fixture – I like it. But the fan is good too!!

You’ll start to be more comfy and save energy right away with the new insulation. Perhaps the light fixture could go in another room to keep it in it’s original house if there is a different, newer fixture to replace somewhere. I’m surprised how quickly we returned to cooler weather too but it will probably get hot again soon.