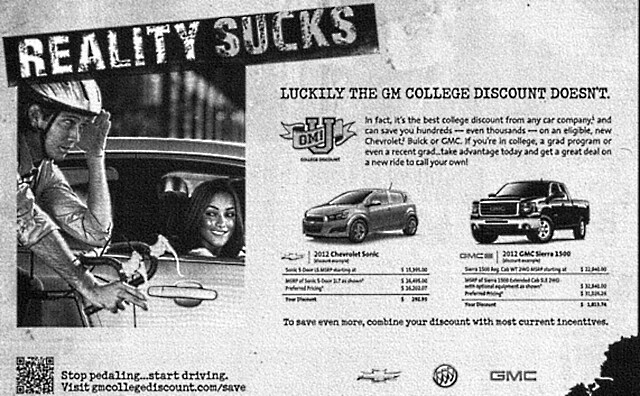 Seems to be implying that driving is cooler than cycling. Pretty funny… to a lot of the younger generation (including Americans, at least in cities like Portland), there’s nothing cool about driving a huge truck. 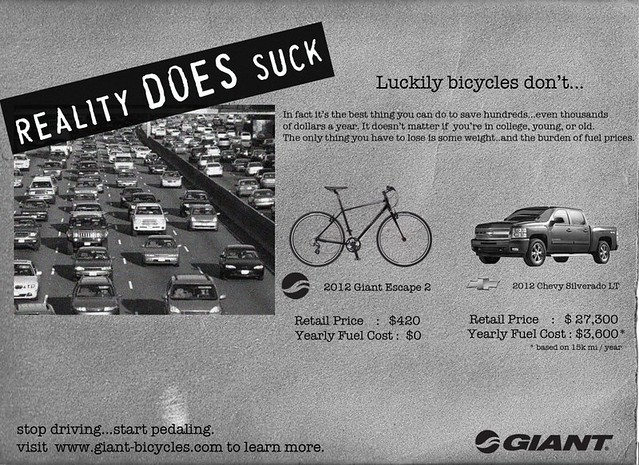 Reminds me of an ad GM ran in Vancouver in 2003, of course withdrawn by outcry which funny enough before the 90s GM made buses

@Jimmy, ah yes, thanks for the reminder! I blogged about that one a couple of years ago. http://www.danielbowen.com/2009/04/14/advertising-transport/

that girl looks like a bitch anyway. who is he trying to impress?