I was going to rant about how the word “shuttle” is now added to bus services to make them sound more desirable, and that while the Skybus Super Shuttle, the express bus between Southern Cross Station and Melbourne Airport, is a shuttle, most of the others aren’t… including the Melbourne City Tourist Shuttle, the Western Victoria Airport Shuttle Bus, and numerous other airport “shuttles”. Nor is the new free Sydney CBD Shuttle, which is actually a loop.

Then I remembered I already whinged about this.

By the way, the new jargon for “freeway” appears to be “connector”. The massive road to plough through the Banyule Flats and the area where the Heidelberg School painted is being referred to as the “northeast connector”. Makes it sound so much better, doesn’t it.

So anyway, ignoring shuttles and connectors, I’ll whinge about this instead: “metro-style”.

People seem to think “metro” means underground railway, and thus involves lots of expensive tunnelling to make it happen. But it’s not necessarily so.

A rapid transit, underground, subway, elevated railway or metro(politan) system is an electric passenger railway in an urban area with high capacity and frequency, and which is grade separated from other traffic. — Wikipedia

Unlike the shuttles, this one actually matters.

Part of the attempt to dazzle the populace with the Victorian Transport Plan (out any day now; the signs seem to be pointing to early next week) is to impress us with spin.

It’s not just the Footscray to Caulfield rail tunnel folks, it’s a metro. Hooray, Melbourne will have something “European-style”, and join the 21st century! (Never mind that we already have underground rail tunnels.) 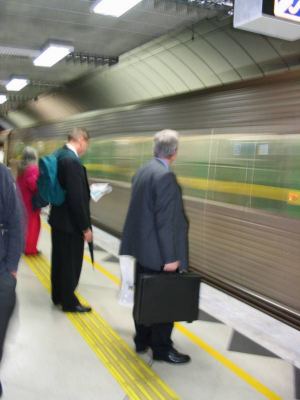 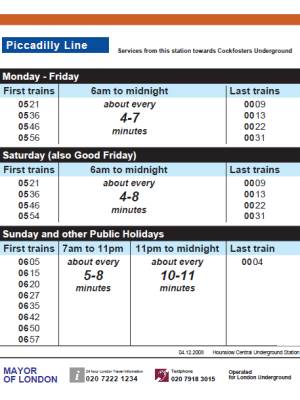 But metros aren’t really about being underground. The London Underground, the world’s oldest metro, is mostly aboveground.

What’s important is not where the tracks are, but the quality of the service provided on those tracks. Namely, trains every few minutes, throughout the day.

Cutting the waiting times is what actually makes trains easy and enjoyable to use. It also encourages people to spread their travel and travel outside peak hours more. (This worked well during the Commonwealth Games.)

You know that joyous feeling of arriving at the station unplanned, and finding the train was only a few minutes away? Imagine if that happened every single time you travelled by train! Imagine how much more often everyone would use it!

In fact it’s no use building that $8.5 billion rail tunnel, joining up the Sydenham and Dandenong lines, if the trains running through it are still half an hour apart in the evenings and Sunday mornings, just like they are now. It’s a waste of money to spend that much on capacity to only use it for a few hours a day — especially when the un-served outer burbs are crying out for rail services.

The annoying thing is that the frequent “metro-style” services, say at least every 10 minutes all day every day, are possible right now, for minimal cost. We have the trains, and we have the tracks to do it across most (but not all) of the network. All we need is some more drivers. Update: And more maintenance crews.

Start hiring now, and we could have the benefits of “metro-style” train services in just over a year from today.

When you were ready to start, you could have an advertising blitz and the Premier and Public Transport Minister cutting a ribbon somewhere.

Hey, wouldn’t that be a great idea for a government going into the 2010 election?

Unfortunately I’m not betting on that being in next week’s transport plan. After all, it’s not as impressive-looking/sounding as a metro tunnel.

The use of the word connector is the oral component of salami tactics.

When in Budapest, Hungary for a week, I was so impressed by their metro and the fact that the wait was often only 30 secs – 1 min. I got so used to it that I once had a 3 min wait and had a Connex-style whinge about the incompetencies of the system! Then I took a reality check as I realised that my train had arrived…

I see that the Tube has the same oddity as Melbourne in starting Sunday trains a bit later albeit not as extreme. I recently found out there was no way using PT to reach the Airport for an 8am flight – what a joke.

The new tunnel is just something to stuff present trains through. You could never consider a commuter train that travels 58km from Pakenham to be a ‘metro’.

As a massive fan of the Heidelberg school area and all the surrounds, I am really revolted by even the suggestion of destroying all the natural beauty of the area and shoving yet another unnecessary freeway through it.

What happened to MOTC?

Which is worst, Daniel, in your view? I’d think MOTC was only because of their deliciously-ambiguous land reservations for ‘transit links’.

However both include more roads.

But it has to be said: Why do they ‘go through’ so many transport plans like a pack of tissues? There’s been at least six or so in the last decade hasn’t there?