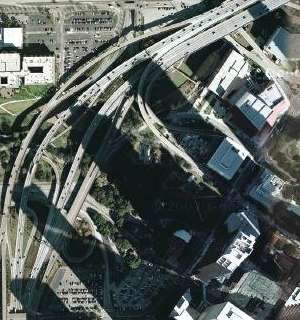 Andrew blogged on this subject on Friday, so I though I’d jump in too.

The Pakenham bypass ($242 million) opened over the weekend, and is already expected to cause traffic problems further south.

The Tulla-Calder interchange ($150 million) is almost finished — which may be why it’s still showing red on the Vicroads Travel Time Information page… but I’ll be interested to see how it looks a year after it’s opened.

Work continues on the Deer Park bypass ($331 million) and the Monash widening ($1 billion). And of course Eastlink ($2.5 billion), which is widely expected to cause more problems at the Hoddle Street end, with debate continuing as to whether building yet another motorway, an East-West tunnel, will help.

Gordon Price: I simply ask people: show me the example where this has worked. All I want is for a working example of a city that has built its way out of congestion simply by building more roads, and then is that the place you want to be? I don’t get an answer to A or B.

Gordon Price: You might argue that Houston, Texas has. They throw about $1-billion a year into it, they do keep the traffic moving. Do people want to be like Houston? Can you be like Houston? Are you prepared to spend that amount of money and is that really the kind of city that you want in the end? And they have to run as fast as they can just to keep where they are. And they’re looking at transit too!

One reply on “It doesn’t really help”

Daniel
couldn’t agree more.
Plus, they are about to put up the price of met tickets! Arrggh!
Rog.