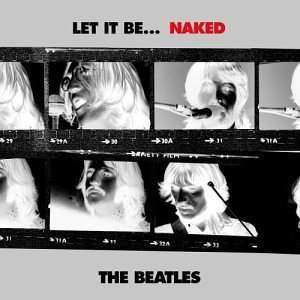 When I was about 8, I got into the Beatles in a big way, after staying at a house in Dromana that had a copy of Abbey Road on LP, and listening to it every day for a week. Of course they’d been broken up for 8 years then, but I started collecting all the albums on cassette, a little later spurred on by the events of December 8th, 1980.

By the mid-80s I had a turntable, and in 1987 I upgraded to the record of Sgt Pepper (bought 20 years to the day since the first release, I do believe) and the White Album (collectors’ edition in white vinyl).

When I got my first CD player in 1989, the first CD I got to play on it was Abbey Road. Subsequently I’ve collected the other official releases on CD (though I didn’t get all the Anthology series — there’s only so many alternate takes of She Loves You that one can take). Though they don’t often get an airing on the CD player, when they come up on random play on the iPod, I generally greet them like old friends.

Though two of the Beatles have left this Earth, their music lives on.

On the train yesterday morning, two earnest young men of about 19 or 20 were discussing music. One was enthusiastically telling the other about the recent Let It Be “Naked” release, how in particular the version of “I’ve Got A Feeling” crapped all over Phil Spector’s original mix.

I was born a little after the Beatles split up. These guys would have been born about 15 years later.

What’s the bet that in 1000 years, as people are queuing for the teleport, they’re still debating the merits of Phil Spector’s production on Let It Be?

It would seem that some great music is timeless.

I am post beatles too and I would never say theirs is great music, but it is really odd how this old music still appeals to the young. Ah well, let it be.

Btw, did you wait for twenty years ago before buying Sergaent Pepper?

No, Sgt Pepper was the first one I bought, on cassette. I upgraded to LP, then eventually to CD.

Amongst my VHS tape collection was a 20th Anniversary special “It Was 20 Years Ago Today” on the release of Sgt Pepper, it was shown on Channel 10 in 1987. It was quite an awesome doco on the making of that album. It was one of the tapes I inherited when my neighbour and best friend in my apartment block passed away two years ago. It had an ad for the first cd release of this album (and other Beatles albums) back then.

I was a teenager when the Beatles were big .. and they were bigger than big. I remember being at a party where someone had a newly released copy of Abbey Road and we sat around all night looking for the clues on the album cover that proved that Paul was dead .. I’m glad they’re still appreciated.

And here all the Abbey Rd clues are – god the internet is a great sourse of trivia…
http://www.geocities.com/SunsetStrip/3674/pidabbey.html