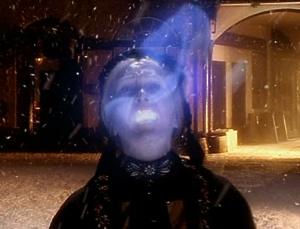 Another weekend gone. In summary:

Helping with painting, which given it involved a liberal application of Lean Lemon, has left a certain U2 song revolving in my brain.

Absolute shocker in the footy tipping — 3 out of 8. Bah.

Inadvertently left a spot of honey on the kitchen counter. It took about 30 hours, but the ants found it and swarmed around. When I discovered them, I committed anti-cide on them.

Watched the third new Doctor Who episode, “The Unquiet Dead.” Series writer Steve Moffat commented last year that fantasy TV makers are now in the post-Buffy era, and you can see the Buffy influences in this episode. Great stuff, very enjoyable. After all these years, it’s rapidly becoming my favourite TV show again.

4 replies on “Another weekend gone”

Absolutely no one in the office got more than 4 right. It was a shocking round. Nice to know I wasn’t the only one with 3. And we need another series that’s Buffy-esque in the humour and pace dept. That’s what made that show so enjoyable.

I got 5 this week (equal top score at work). But I know nothing about football and don’t follow it although I have always barracked for the same team. The people in the know all got 2 or 3. I think their problem is that they overanalyse.

Hi Daniel, it’s been a while since I’ve been on here, though I still read your email updates when I can. Doctor Who has been good, though I skipped the seance bit as I reckon it’s dodgy ground. Rumours abound that the Daleks will finally turn up in the next installment. Oh, and Chris Ecclestone has quit after 1 series, so there’ll be a new doctor next series……..

Would the killing of ants be formicide? (Especially on a kitchen bench).

My ants appear to have left me alone so far this year. Maybe the new people in the ground floor flats have tastier morsels.