It’s said that kids used to watch Doctor Who from behind the sofa. Well in our house, it’s not possible to get behind the sofa, so we have to make do. 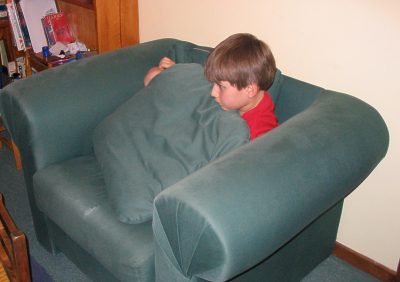 Jeremy watching the first of the new Doctor Who episodes.

We watched the first episode of the new series. The special effects were pretty good, the plot wasn’t deep but was worthy of what is essentially a pilot episode re-introducing people to the series, and there were some great quotes and humour. Good entertainment.

Some fans of the old series may claim not to like it, but it was a hit in our house. For such a show to succeed now, it was important not to dwell too much on the old show, to update it for 2005 (heh. Rose using a search engine to look for the Doctor), and to make it have mainstream family appeal. And I think they’ve succeeded. 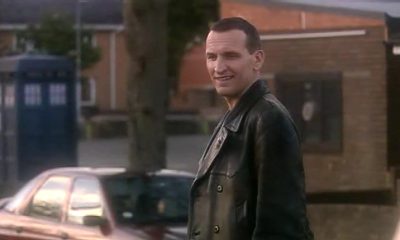 Indeed, the premier on BBC1 pulled in more than 10 million viewers, which in the age of multitudes of pay TV channels is a huge number. And news of its early success made the Australian press, which just goes to show what idiots the ABC are for not sorting out broadcast rights quickly so they can jump on the publicity bandwagon.

9 replies on “Behind the sofa”

I hope to see it here in the States if a station ever decides to pick it up. I imagine that many of the same attitudes of the original series fans were similiar to the fans of the original Battlestar Galactica

hehe i did the same when i was a kid. behind the lounge. looking over, then ducking back down when the daleks came out.

Yes remember doing that too…..

Shocking news. The new Doctor quits after one series!

Good news, as you announced above, the BBC have comissioned a second series. Bad news, christopher Eccleston will not be playing the Doctor for the second series. (boo)

Good news, you can vote here for your preferred new Dr Who

Doubt if it’ll make any difference though.

how did i miss the new doctor who??

i’m the same with the couch cushion. in fact, i just blogged about it recently when i was talking about watching shaun of the dead.

.. which, btw, i was inspired to hire on dvd because i saw your review of it. enjoyed it muchly, despite it causing me to hide behind the couch cushion once or twice.

…and the ABC have finally secured the rights, see: