I’m going to go waaaaay out on a limb here. Shoot me down in flames if you like. 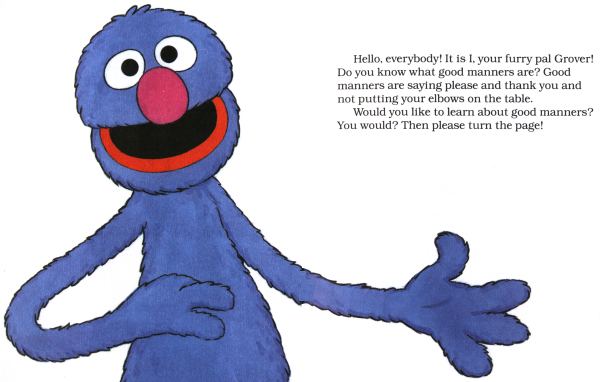 We’ve moved on. We can now put our elbows on the table in even the finest restaurants, and nobody will stare. The maitre d’ won’t have us ejected. It’s not rude anymore.

Spitting and picking your nose at the table? Yeah, that would still be rude.

Here is my garden full of weeds.

The weeds are fairly intelligent of course, and lay down out of the way when they see the mower coming.

I’ve done some weeding by hand in the past week, and those areas look a lot better. But it’s far too much like hard work, so I need to find a better method for getting rid of them. Some kind of mechanical weed destruction device I think. Feel free to post a picture of your garden… Link in the Trackbacks or comments. 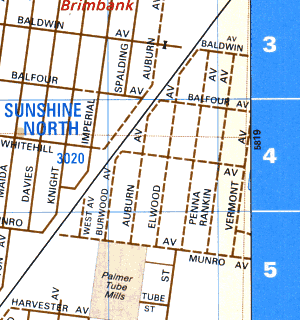 Let me get this straight…

There’s a Brunswick Street in Fitzroy.

There’s an Elwood Avenue in Sunshine.

There’s a Sunshine Street in Oakleigh.

There’s an Oakleigh Road in Ormond.

And there’s an Ormond Street in Brunswick.

Four men (and some onlookers), a couch, one right-angled hallway, and two doors. Actually, not strictly a couch, but a sofa-bed, which means it was the awkward couch shape, but 50% more weight.

Somehow it had got in there. Nobody seemed sure how. Apparently it had been done by Paid Professionals from the furniture shop. It must be a prerequisite for working for those places to have a maths degree, ‘cos it had us stumped.

Could we try it horizontal? No.

Horizontal then tipping to vertical at the doorway? No.

Horizontal with a twist? No.

How fond of this couch are you, anyway?

Put it down on a rope via the balcony?

Would the tiny legs come off the couch? Ah, yes! A few centimetres gained.

I was pondering if anybody’s written some specialised CAD software that lets you model your home, and the furniture, and then guides you through the precise steps to get it in and out of any room.

Finally, we had it. A cunning combination of almost vertical, turning on two axes as it went. Brilliant. At least, that was the first doorway.

Down the hallway, then similar shenanigans at the second doorway, then a break for lunch, then the stair thing. Two flights.

One guy had a neck pain. One had a hurt foot. Something felt funny in my ankle. But the damn thing was in the truck. That’s what counted. It bugs me sometimes to see those huge 4WD/SUVs rolling down the road, like every other car carrying the average 1.1 persons, and burning up way more petrol than is necessary and blocking everyone else’s view.

So it’s somewhat comforting to read this followup to the article in The Age Good Weekend a few months ago, about them. Oh, wait a minute, is it the SAME article? Or a US version of it? Whatever, a good read again anyway.

One of Ford’s senior marketing executives was even blunter: “The only time those S.U.V.s are going to be off-road is when they miss the driveway at 3 a.m.”

Equally fascinating is the same author’s piece on shopping malls.

I did some weeding last night. All over the back garden, there’s hundreds of these bloody weed things. Every week or two they’ll flower, and look quite decorative. But they’re still weeds.

The push mower can’t handle them. They see it coming, lie down, then pop back up again when it’s gone past. Well, most of them do that. A few kamikaze weeds do leap into the mower, only to wind themselves around the ends of the main axle, to jam up the works.

So I put on my gardening gloves and pulled a bunch of them out. After about 15 minutes, I’d cleared maybe 5% of the garden.

Is there a mechanised way of doing this? Some kind of device that can pull up weeds for you? I’ll go looking the next time I’m at Bunnings.

Has Victorian government hologrammatic things all over it, somewhat obscuring the picture. No loss really. Feel free to post a picture of your driver licence… Link in the Trackbacks or comments.

How’s this for a sci-fi idea: a computer controlling a virtual reality world.

People hook up to the computer and enter that world.

But it seems real. In fact it’s so real you can get hurt or even killed in there.

And it’s called “The Matrix.”

Doctor Who: The Deadly Assassin airs on the ABC next week, starting on Monday. Worth catching if you want to see the original form of these ideas.

Did you watch Doctor Who through the 70s and 80s and you think you’ve seen it? Maybe not — if I recall correctly, this was a story the ABC thought too strong for dinner-time viewing at the time, and so it never aired in the 6pm/6:30pm timeslot.

So far, I have pretty much kept my new year’s resolution to floss my teeth every single day. I think I might have missed one, which for someone who formerly flossed about once a month (and twice a week just before seeing the dentist) isn’t too bad.

Have also extended tooth brushing times. I recall when growing up that the theory was you should brush at least twice a day, for five minutes. Does anybody really, actually, genuinely brush for five minutes? Somehow I doubt it. It may not be much time if you’re listening to the radio, but it’s a helluva long time when you’re brushing your teeth.

Since the microwave is located in the kitchen very close to the bedroom door, with the kids I’ve started setting the timer for two minutes when we brush. Frankly even two minutes is a long time to be brushing, but we’re getting used to it. We were probably brushing for all of thirty seconds before, so this is a big improvement, and hopefully Mr Dentist will be delighted the next time we darken his door.

What’s funny is the amount of toothpaste foam I seem to generate. I don’t know if the toothpaste I have is particularly sudsy or what, but during those two minutes, I find myself having to spit out excess foam, to prevent it dribbling down my chin. Maybe I need to alter my brushing technique, use less toothpaste, or look for a low suds variety.