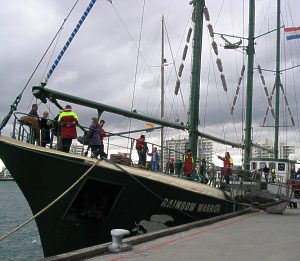 Bloody: Gave blood on Thursday night. Rocketted through the 470mls of O Positive at about a ml per second. Minimal waiting time meant little progress on novel (which is excellent).

Movie: Gettin’ Square. Gawd that David Wenham can act. A very enjoyable crime romp, with a terrific cast and a fun soundtrack. And I never thought I’d say this, but both Ugly Dave Gray and Aussie Joe Bugner were perfectly cast.

Buffy: I’m not sure what rock I’ve been hiding under, but until Saturday I had never ever watched an entire episode of Buffy. Somehow it passed me by until now. I think I might have flicked past it once before it got popular, and found myself in the middle of a nonsensical fight scene and summarily dismissed it. I stand corrected: it was most enjoyable.

Drivey: Thought I could cunningly take a shortcut along Hopkins Street then Whitehall Street to Footscray Road. Admittedly most of the time this isn’t a shortcut, but on Sunday mornings it’s probably marginally quicker than going another way. Not this time. Two words: Road works. (Or is that one word?) “But… but… I want to turn right there”, I thought, as I slowly drove by, looking at numerous blokes in hard hats, big bulldozers rolling around, and a rather large “ROAD CLOSED” sign. Right turn? Nup. Five kilometre detour through the city where I faced yet more road works, thereby bumping my normally smooth and zippy Sunday morning drive out by half? Yup. (Admittedly it might not have been that bad if I’d just managed to stop somewhere and check the Melway to find an alternative route…)

Greenie: The Rainbow Warrior was in dock, so on Sunday afternoon I took the kids along to Station Pier on the tram to take a look. Unfortunately a very long patience-testing wait to get on-board, so we satisfied ourselves with looking around the outside (smaller than I imagined). No sign of French frogmen.

Footy: Tipped 6 out of 8. Not bad, especially since the two I didn’t tip only won by a point each.

9 replies on “The weekend”

Damn my lack of willpower. I have just bought the novel on nothing more than the strength of your recommnendation, the opening line, and the fact it was 49 p on e-bay.

Oh oh for the sweetness of finding Buffy with fresh eyes. Paricularly the first few series, when Giles still wore tweed and Xander was funny rather than whiney.

You are now one above me on the leaderboard! Damn! I’m on my way down the ladder of footy tipping already???

You sure you didn’t mean Frog Frenchmen?

I got four. FOUR! It was supposed to be 5. Bastards. Those Tigers, all of them. And the Dogs too.

However, roadworks and no right turns are the main reason I keep off Footscray Road most days when I need to get somewhere – that detour into the city drives me nuts.

I thought Gettin Square was great and David Wenham stole the show. Have watched it twice and could easily be persuaded to watch it again.

Are you going to see Kill Bill 2?

An enjoyable movie but I would recommend that you save the money and rent the movie from the local video/dvd store in a few months, much cheaper.

And as for the movie, all 2.66hrs of it, it was semi-entertaining, not nearly as good as the first one. By far the best chapter was the Pei Mai one.

Still if i could recommend an alternative, Pearl Habour, if you remove the awful love stuff and just watch it as a historical movie you have one of the best comedies ever produced.

On Buffy… ah, you’ll be hooked now. I had never seen it until recently. Ended up watching something like 60 episodes in a weekend or something ridiculous like that.

On Roadworks… I want to know what genius decided to do roadworks on both Footscray Rd and Dynon Rd at the same time? I got caught by that too and was not one bit impressed.

i don’t have much luck where giving blodd is concerned. the very first time i tried i didn’t weigh enough (45kg is the lower limit & i was dead on that fully clothed so they said, “no” .. yes, a long time ago in a much thinner galaxy), the second time i weighed enough but i had a cold (so again they told me, “no”), the third time was the time i think i succeeded. i’ve given blood three times in total, at a guess. the previous to last time i wanted to give blood, i couldn’t because i was pregnant, the last time they wouldn’t let me because you’re not allowed to while you’re breastfeeding. that puts me out of the game for at least another year or so.

Ah Buffy – pity you have missed it by a year. Did you know there is a Buffy convention in Melbourne on the weekend of the 3rd and 4th of July?