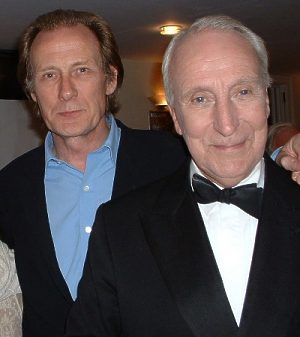 The Brits seem to have the monopoly on making good political thrillers for television. Think of the classics: Edge of Darkness, A Very British Coup, or House of Cards — the TV adaption of the latter was so successful it spawned more books and their subsequent TV adaptions, though alas the climactic final scenes of the last book, where Urquhart masterfully manoevres himself from disgraced politician into immortal statesman, alas, couldn’t be reproduced on the box.

Anyway, State of Play concluded last Sunday, and although I have to confess I missed the first episode, from what I saw it seemed to continue this grand tradition. A host of great characters (Foy especially), an excellent plot that explored the relationships between politicians, police (and darker forces) and the media, with a rather satisfying twist at the end. Great stuff.

I just finished reading Neal Stephenson’s The Diamond Age. Certainly the most rivetting book for me since Ender’s Game, this set up its world nicely, then along with the characters, developed things along the way. There were some very clever concepts which at first had me thinking “Hey, that’s a good idea, but how could they possibly do it?” but which after a few pages became convincing elements in this future world. Nell’s progress through life and her parallel progress through the Primer made was very interesting, and although it would have been nice to have more involvement and a firm conclusion for some of the minor characters, it was a great read, and I look forward to reading more of his work.

PS. The Optus cable has gone.