It was a clear night in Melbourne for last night’s lunar eclipse. Messing around with the video camera and the video, I managed to grab some images as the earth’s shadow came across the moon. The most interesting was around 23:00, when something flew past my camera’s field of vision. It was gone in a flash, but checking the tape a few minutes later revealed it: 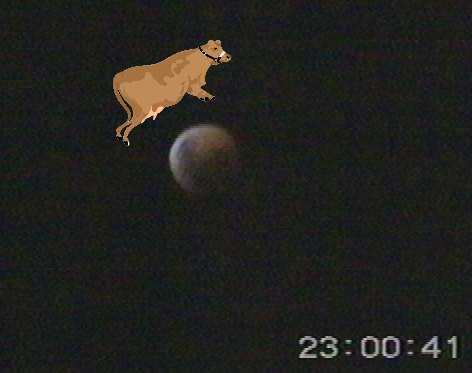 Just joshin’. If you want to see the real pictures I grabbed, check here. The one taken at 22:53 is the best, I think. The earlier ones are hopelessly out of focus, but still interesting.

Anyway, around 23:30, totality was reached. And it was time for bed.